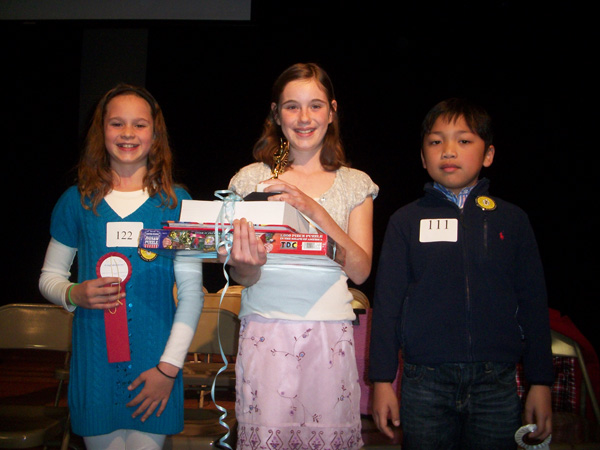 Bret Harte Elementary School in Burbank held their Spelling Bee Feb 7.  When it was all said and done, fifth grader Aubry Hayman was named champion as she correctly spelled the word “dilemma.” for judges.

The Spelling Bee was chaired and sponsored by parents  Sylvia Kelman and Julie Thomas. Thomas is also PTA president at the school.  Judges for the spelling bee were 2nd grade teacher Jenny Niwa, and 3rd grade teacher Dahlia Dobbertin.

Bret Harte Elementary School was the only elementary/middle school (grades K-8) in Burbank to hold a spelling bee this year.  The winner  from Bret Harte not only represents the school,  but the City of Burbank when the competition goes to the next level.

Hayman will go on to compete in the regional spelling bee held Feb 25, at 5 p.m. at Walter Reed Middle School in North Hollywood.   Winners from other local spelling bees will compete to see who will go on to the finals held in Washington, DC later this year.

Elections 2022 Craig Sherwood - October 6, 2022 0
We told the candidates they could write as much as they wanted, and we did not edit their responses in any way

News Press Release - October 5, 2022 0
Over the course of a few weeks, several female victims had reported being touched and grabbed inappropriately