While the Burbank City Council contest receives the most press coverage nowadays, it is arguable that the race for City Treasurer is just as important in determining the future of our city. Burbank’s Treasurer is responsible for managing our city’s $450+ million investment portfolio and making sure the city has adequate cash on a day-to-day basis to pay for city services. Safekeeping our public funds is the office’s primary mission, and it is in this context that we believe Krystle Palmer is the right choice for Burbank City Treasurer. Since being appointed by the City Council, where she was selected over several other qualified applicants, Krystle has managed the city’s finances with a steady hand, earning the trust and respect of Burbank officials and other community leaders. She is the only candidate endorsed by the Burbank Mayor, Vice Mayor, Council Members, the Burbank School Board President, as well as the Glendale and Pasadena City Treasurers. 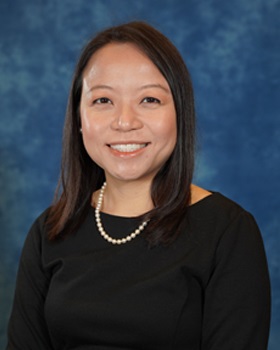 Krystle’s record speaks for itself. Despite the extraordinary circumstances we have faced with the current global pandemic and the resulting tumultuous markets, she was able to increase the City’s year-to-date returns from 2.03% at the end of FY 2019 to 2.18% at the end of FY 2020. The City portfolio’s investment market value also increased $10 million during that period. When the financial markets went haywire in March this year, Krystle drew from her extensive financial experience and invested in $50 million worth of low-risk, highly rated corporate and municipal bonds that paid 2.5% on average. Those same bonds currently only yield 0.5% on average in our present low rate environment, and her decisions have collectively gained Burbank millions of dollars in excess returns. Her accomplishments consistently reflect her accomplished investment background, having previously worked for a $10 billion New York City hedge fund and a top management consulting firm, Booz Allen Hamilton. She also holds a Master’s degree in Financial Engineering from Columbia University.

More than just her record as Treasurer, Krystle is the right person to serve Burbank because of her commitment to our City. Krystle is active in the Burbank community, having served as part of the Civic Pride Committee and the Burbank Moms Club. She frequently engages with residents and businesses in local interest groups on social media, such as Magnolia Park Mamas, the Burbank Backyard Food Growers Club, and the Burbank Restaurant Support Group. She lives in Magnolia Park with her husband and their children, 3-year-old twin boys and a 2-month-old daughter. Her husband works at Walt Disney Animation Studios where he has supervised technology on recent beloved films including Moana and Frozen 2. Their children have attended the Burbank Parent Education Program and will be entering Burbank public schools in the next few years.

Krystle’s role as Treasurer is non-partisan and she has gained endorsements and supporters from both sides of the spectrum who ultimately believe in her ability to continue to manage our city’s finances, especially in these uncertain economic times. In our current polarized political environment, her ability to work with colleagues regardless of their political beliefs is an important asset and exactly what the City Treasurer needs to be effective. We sincerely hope that you will take the time to make your voice heard in this vitally important election and that you will join us in putting Krystle back to work as our Treasurer.