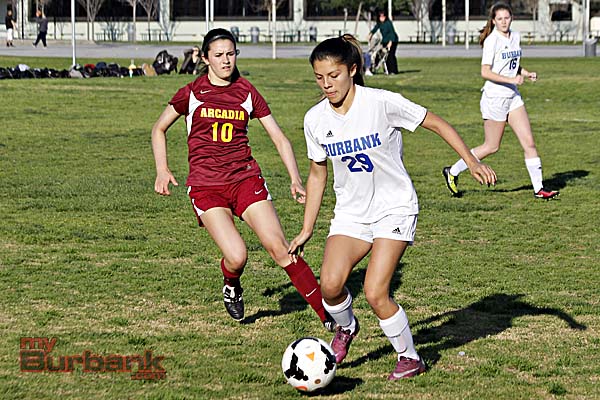 David Schwer scored 17 points and Steven Hubbell added 11 as the Indians blew a late game lead and lost a tough one to the Mustangs. Trailing 46-43 with 29 seconds left, Muir knocked down a “3” and converted a subsequent Burroughs turnover into a layup with three seconds left to stun the Indians.

Ellie Hanno scored 18 points for the Bulldogs with Mike Woods and Ben Chavez each adding 11 apiece.

Chris Hovasapian scored a season-high 29 points to go along with 4 assists and 4 steals; Steven Hubbell scored 19 points and had 5 assists and 5 steals; Angelo Solis added 10 points and 7 rebounds for JBHS.

The Bulldogs prevailed on the road behind 11 points from Ben Chavez and Robert O’Brien.

The Indians squandered a 22-point fourth quarter lead and lost in overtime to the Nitros despite 26 points and 5 assists from David Schwer. Steven Hubbell added 14 points, 6 rebounds and 6 assists and Angelo Solis chipped in with 11 points.

The Indians captured a share of their 3rd consecutive league title with their 21st straight win of the season. Destiny Contreras led the way with 14 points, 6 rebounds and 6 steals. Brooke Radcliff scored 11 points and grabbed 6 rebounds; Sienna Brown had 9 points and 8 rebounds; and Marin Grote contributed 8 points and 7 rebounds.

Yazzy Sa’dullah scored 25 points to lead the Lady Bulldogs on the road.

The Lady Indians won their 18th straight game behind the spectacular play of Davina Del Castillo who had 25 points, 14 rebounds, 4 assists and 4 steals. Jordan Meltzer added 10 points for JBHS. Ranked #2 in CIF Div. 1A, Burroughs now travels to Crescenta Valley on Friday for a first-place showdown.

Andres Aguilar scored nine minutes into the game for the Indians. The Falcons tied up the game midway through the second half and almost took the lead only to be denied by a diving slide by Aguilar to keep the ball from crossing the goal line. Jordan Morgan made four saves for JBHS.

The Indians had another competitive contest with the undefeated Apaches but fell short 2-0 at Arcadia. Burroughs fell behind 1-0 in the 20th minute but had several chances to equalize before the half. The score remained 0-0 until the 70th minute when the Indians got caught in a counter attack trying to tie the game and gave up the second goal.

On the strength of two goals by junior Jasmine Valdez, the Indians secured their 5th win and 5th shutout of the season at Pasadena. Junior Brianna Castillo and sophomore Mireya Gonzalez both scored in the second half to put the game out of reach.

The Lady Bulldogs’ six game winning streak came to an end at the hands of the first place Apaches.

Despite creating numerous chances in both the first and second half JBHS couldn’t convert and settled for a tie against the Nitros. Brianna Castillo had a strong effort for the Lady Indians.