When Daniel Roebuck was cast in a Glendale holiday production, it set off a chain reaction of changes for a Burbank theater company. 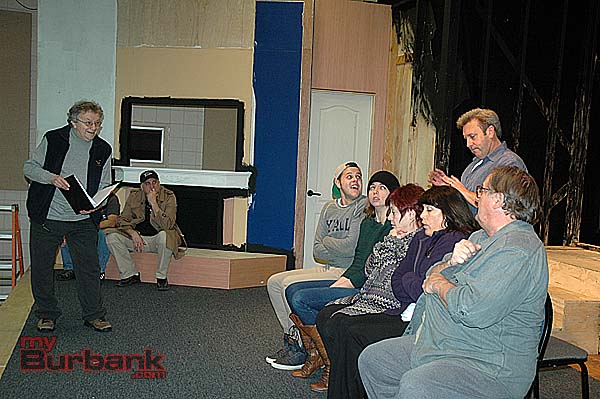 Roebuck had committed to playing Scrooge at Glendale Centre Theatre, so he had to find another director for the Saint Francis Stage Company’s annual play, which he has co-directed since its inception seven years ago. But things have fallen into place and the show will go on, opening a two-weekend run this Friday night.

When the Stage Company was selecting the script , Jim Roope suggested Neil Simon’s “God’s Favorite”, a comedy based on the biblical Book of Job in which a man refuses the devil’s temptation to renounce God, even after he loses all material things.

“He never figured that I’d say ‘Good! OK. You star in it!’ ” Roebuck said. “I think Jim thought I’d be playing the lead, but he is perfect for it.” 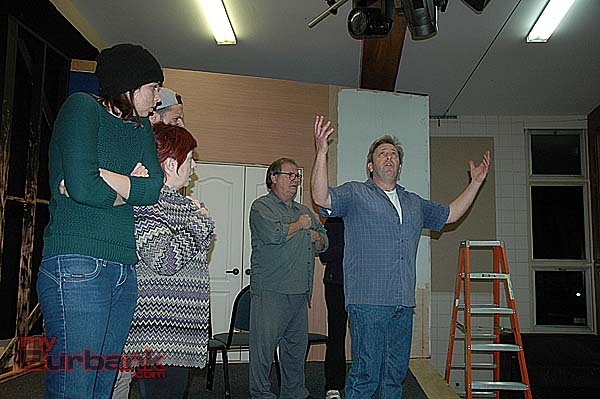 It is the first time Roope will star in the Burbank production. And the change up gave Roebuck time to complete the run in Glendale.

Next, they needed a director. Several people suggested Burbank resident George Strattan, but he hadn’t directed anything for a couple years. Eventually he was contacted and said yes.

“They brought me out of retirement,” Strattan quipped.

A veteran actor of stage and TV, Strattan acted in or directed plays at the Burbank Little Theater during the 1960s and he co-owned the Golden Mall Playhouse with Pam and Walt Gilmore from 1973 to 1980. He has also directed more than 75 shows at Glendale Centre Theatre.

“I’m still getting my little residual checks for 1960s shows like ‘The Waltons’ and ‘The Monkees’, but I much prefer live theater,” he said. “That one-on-one with the audience is so exciting.” 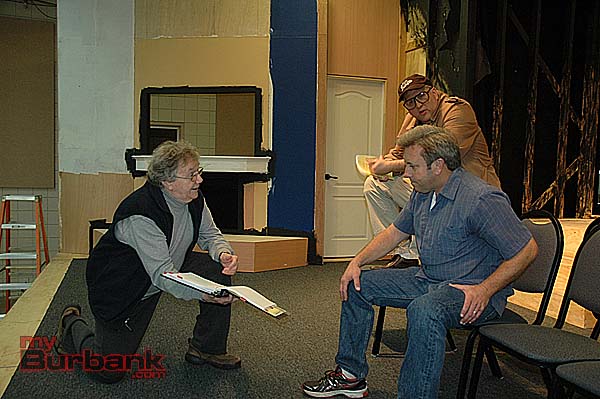 The last play Strattan directed was “Once Upon a Mattress” at the Candlelight Pavilion Dinner Theater in Claremont a couple years ago, he said. This is the first time he is directing “God’s Favorite.”

In past shows, Roebuck has played more of the straight man opposite Roope’s zany characters. In this production, it’s Roebuck’s turn to be “wacky”, Stattan said.

“Sidney Lipton is a very different role for Dan. He’s going to be hysterically funny,” he said. “He’s a crazy, wacky character, totally out there. Charles Nelson Reilly played the role on Broadway in 1974, and always played wacky characters.”

But as far over-the-top as Roebuck can be, he still makes it real, Strattan added.

“That is important because I don’t think it’s funny if they aren’t real,”

As Joe Benjamin, Roope is “wonderful” as the more introspective character this time, Strattan said.

“It’s one of the best things I have seen him do,” he said. “I loved him when the company did ‘Sunshine Boys’. He was so different in that, and again over-the-top, but extremely real. And that’s what he does in this. He’ll make you laugh and he’s very touching too when he talks about all the sacrifices his mother and his father made for their family.”

The play’s premise is so close to real life, Roope said. 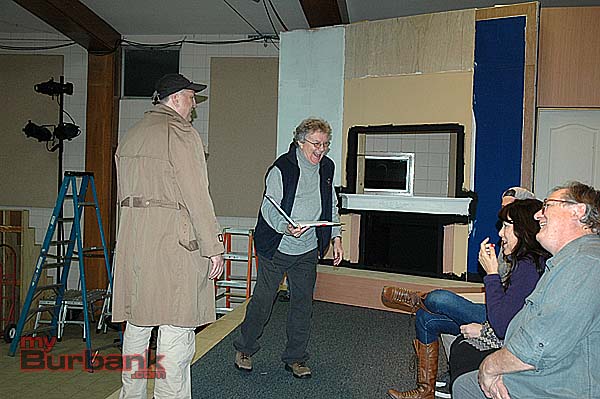 “We become so discouraged when things go wrong in our lives, that we forget how wonderful our lives really are,” he said. “If all the stuff we have was gone, we would still have our family and the blessing of that should be enough. And so the greatest gifts are who you love.”

While it’s a comedy, there is a lot of emotion and that’s typical of Neil Simon, Roope said. He can bring you up and down.

“It’s brilliantly written and George Strattan takes what’s on the page and makes it happen on stage,” he said.

This is a reunion for Strattan and Roebuck. The last time they did a show together, Strattan directed Roebuck in “No Time for Sergeants,” 30 years ago at Glendale Centre Theatre.

“It was the first play I did when I came to Los Angeles, and I have said for 30 years and this is no exaggeration that he is absolutely one of the best directors I have ever worked with in any medium,” Roebuck said. “George is so smart and so intuitive with comedy.”

Roebuck is also thrilled to be playing a role that Charles Nelson Reilly played on Broadway. Reilly once directed Roebuck in the play “Fast Friends” here in Los Angeles.

While he plans to put his own stamp on the Sidney Lipton role, Roebuck will pay homage to the “Hollywood Squares” regular by donning a pair of dark-rimmed glasses.

“Big weird glasses like he used to wear,” Roebuck said.