Burbank Police Officers were called along with Burbank Fire Department Paramedics to the 200 block of N. First St. for a report of a man bleeding from his head Monday night round 10:35 pm. 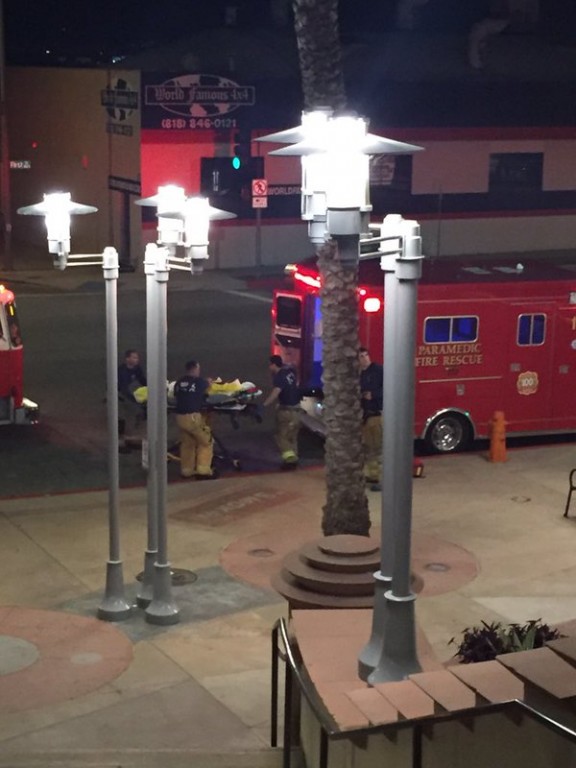 Upon arrival, the officers and paramedics located a 40 year-old male suffering from apparent major stab wounds to his head, neck and torso. The victim was unresponsive and was transported to a local hospital, where he underwent surgery and is now listed in critical condition.

Burbank Police Detectives were called and responded to the scene where they found the victim got into an altercation with a male and female on the First St. sidewalk, between Palm Ave. and Orange Grove Ave. The altercation became physical and spilled out onto the roadway, before bystanders intervened and broke up the fight.

The parties separated and walked away from the scene. The man and woman, who have not been identified, were last seen walking south on First St.

The weapon used in this incident has not been recovered.

Anyone with information related to this incident is asked to contact Burbank Police Detective Henry Garay at (818) 238-3210 or call Crime Stoppers at 800-222-TIPS (8477) to remain anonymous.