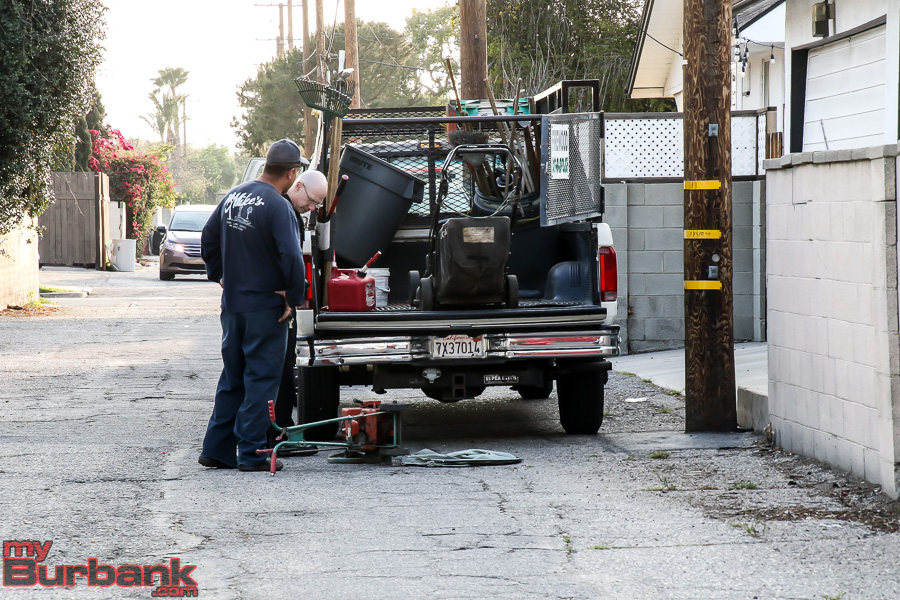 On Monday, April 2 at 5:35 p.m., Burbank Police responded to a call about a stolen Ford F350 which contained gardening tools on the 400 block of North Lamer St.

Around 6:00 p.m., the truck was discovered unoccupied in an alley at Verdugo Ave. and Keystone St. with some of the gardening equipment missing.

Two suspects are believed to be involved. One of the suspects who is described as an African American male drove a getaway truck that might have been a silver Dodge Ram.

The other suspect was a Caucasian male possibly in his 30s, wearing a black sweater, black gloves, black hat, and black jeans.