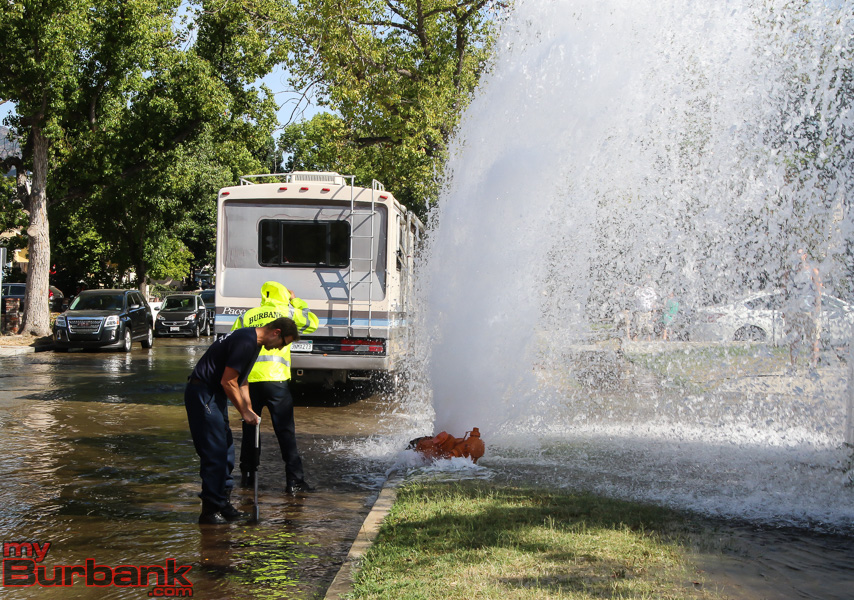 While Burbank Firefighters were attempting to shut off the water supply to this Fire Hydrant that was struck in the 900 Blk of Valley Street Friday afternoon. 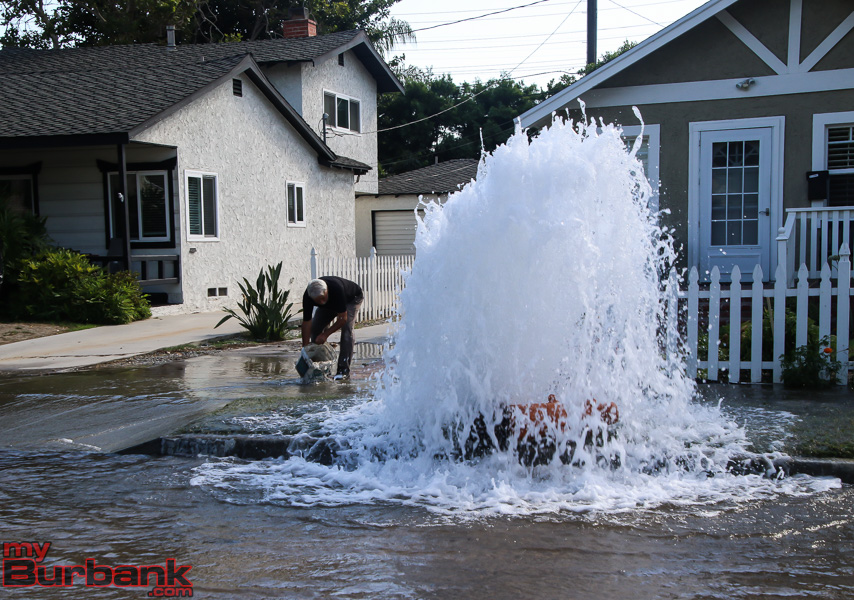 A couple of residences took advantage of the extra water that was flowing. One resident decided to walk into the spray and cool off as the temperatures exceeded 100 degrees, another resident grabbed a bucket and was scooping water and watering his plants and lawn, while a couple of Labrador dogs wondered what happened to their favorite hydrant.

The water flow was shut down within a few minutes, and the street resumed normal traffic flow.