Burbank detectives are investigating the death of man who officers had to use their taser on after he attacked the officers on the front stairs of a house on the 500 block of N. Mariposa St. 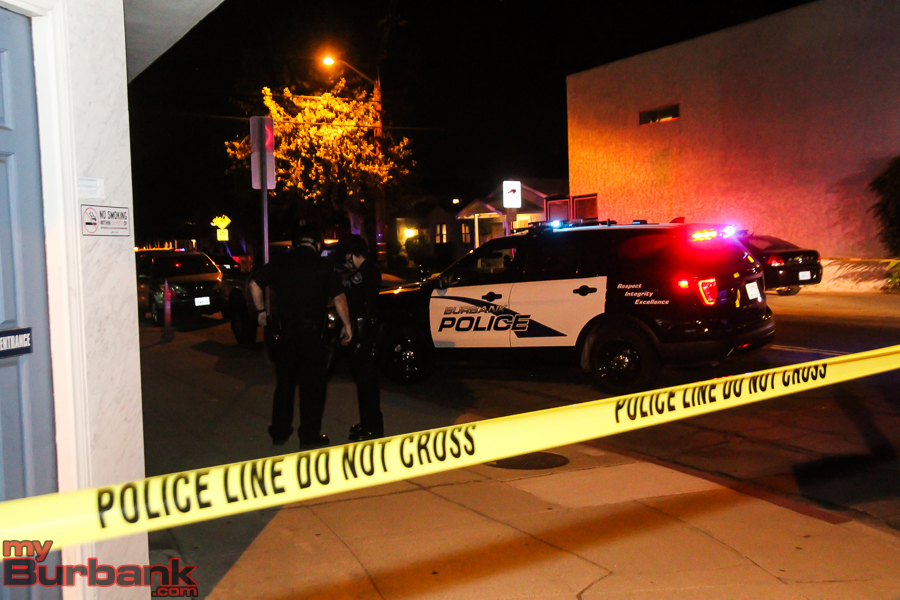 On Tuesday evening, October 4, at about 6:20 pm, Burbank Police Officers responded to a residence home to investigate a report of criminal threats. The investigation took the two officers to a second home in the 500 block of N. Mariposa Street.

Upon arrival, the officers were confronted outside the residence by the suspect in the criminal threats investigation. The individual attacked the officers and a fight took place with one officer shooting the man with a Taser, which caused the subject to stop resisting.

At about the same time a second man appeared in the doorway armed with a handgun and threatened the officers. The officers repositioned themselves behind cover and called for assistance. 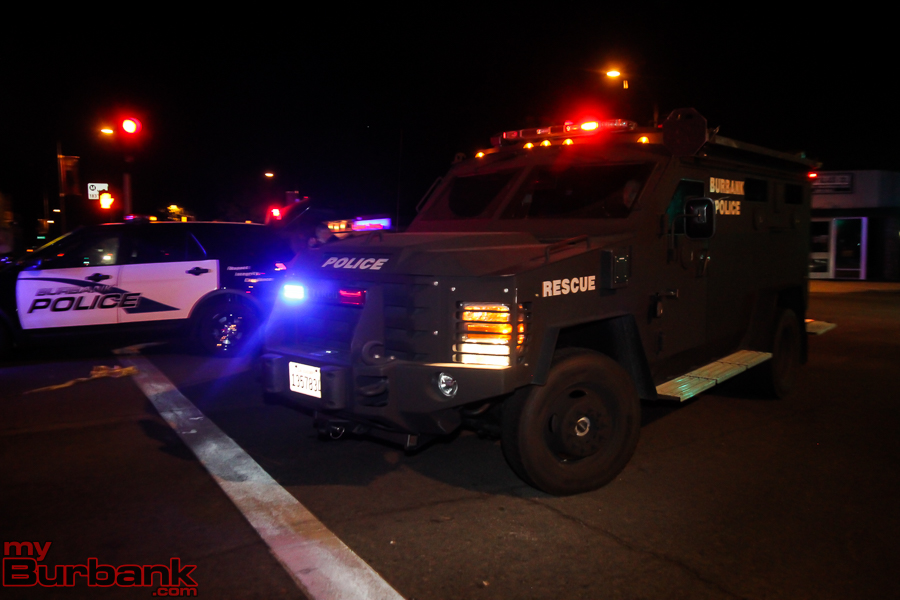 Police deployed their Bearcat Rescue Vehicle in case it was needed (Photo by © Ross A. Benson)

The man refused to exit the home and a barricade situation ensued and during that time, Burbank police shut down the area to traffic on both Mariposa and Magnolia to protect the public in case gun fire was exchanged. Police also deployed their ‘Bearcat’ to the scene for officer safety.

After communicating with the man, the suspect gave up after about 40  minutes with no shots fired, exiting the home and complying with officers orders as they took him into custody on the parkway of the residence. 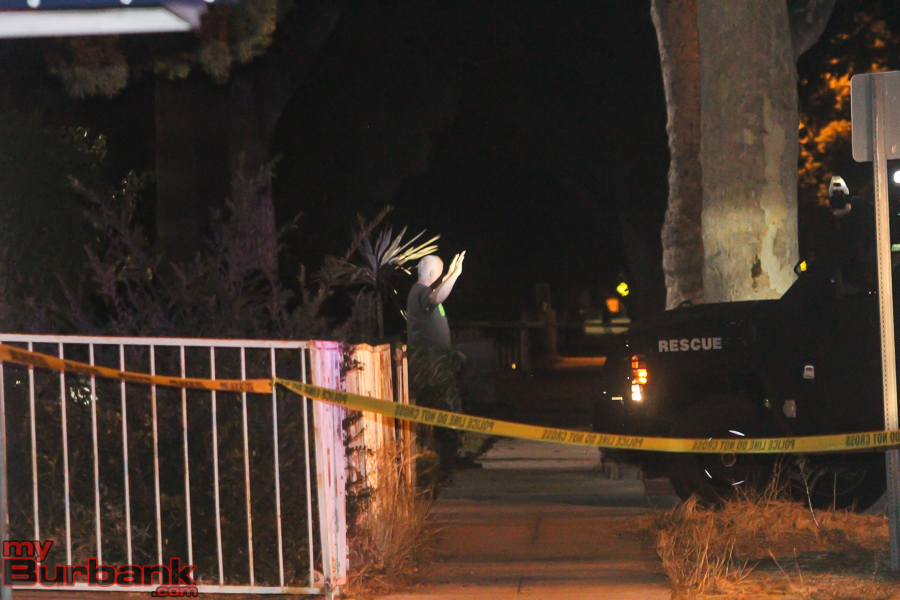 Man surrenders to Burbank police after a 40 minute standoff in a residence (Photo By Ross A. Benson)

Officers rescued the subject they’d subdued during the barricade so he could be treated by paramedics. He was ultimately pronounced dead at the scene. The deceased is a male is in his 60’s and his cause of death will be determined by the coroner’s office.

Because the man died while in police custody, Burbank police detectives, along with members of the Los Angeles County District Attorney’s office will investigate the death. 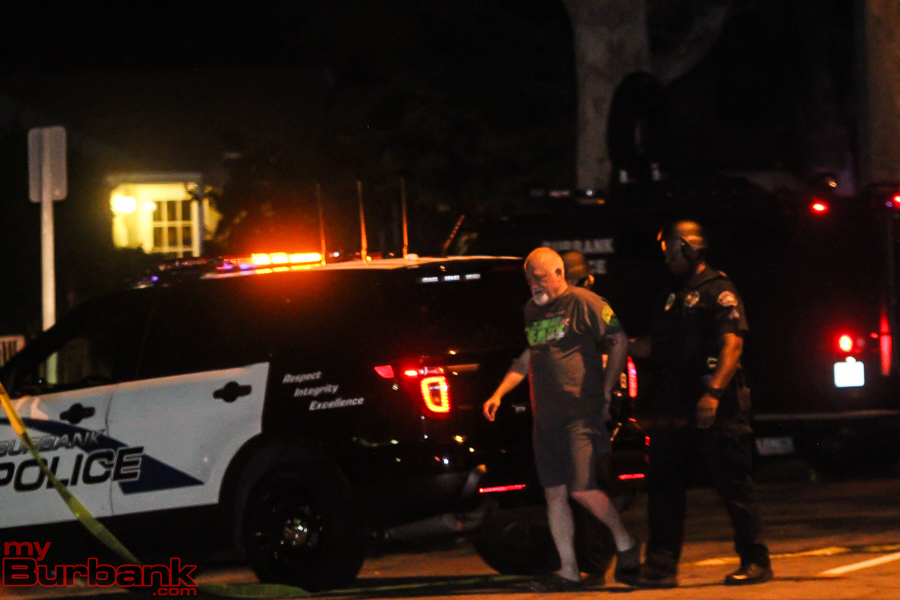 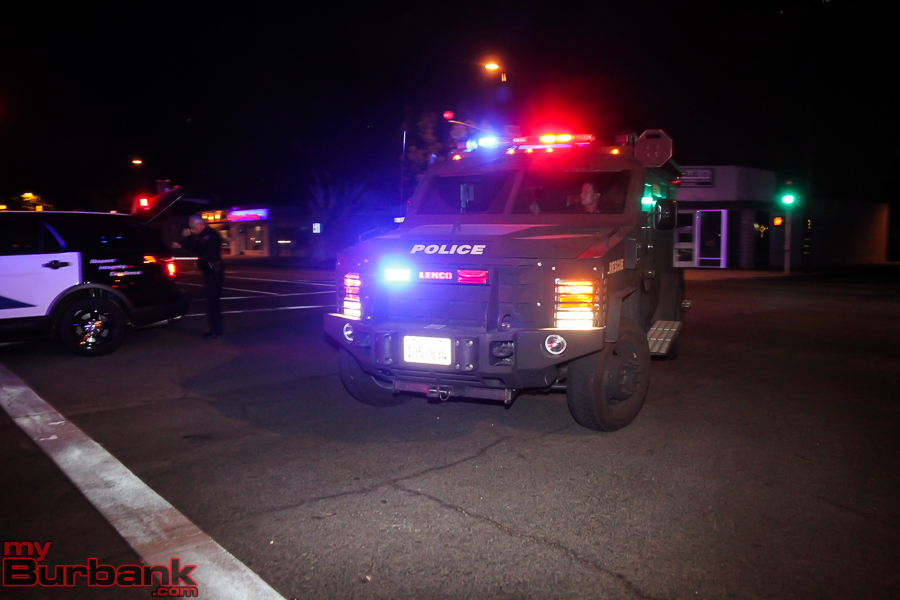 Public, Staff and Officials Welcome New City Manager to Burbank
Burbank Elks Donate Nearly 2000 Dictionaries To Third-Graders
Car Crash Causes Police to Ask 'How Did He Do That'
Caltrans to Close Alameda Avenue for Five Nights