Fire Department Hazmat reponded to the Burbank Police Department Police Chief’s office after an employee opened an envelope and noticed a white powder inside.

The incident occurred around 2:35 pm Friday according to police.

The Administrative Offices of the police building were cordoned off while the Burbank Fire Department’s Hazmat Team investigated. The Los Angeles County Sheriff’s Department Hazmat Team, which Burbank has a mutual agreement with, also responded.

The powder was deemed safe and not hazardous at about 5:00 pm this evening. 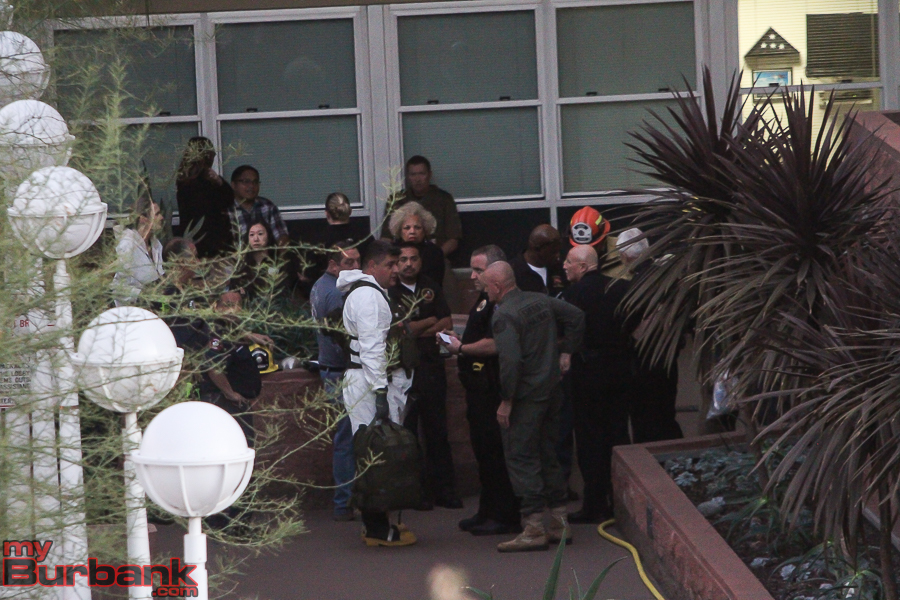 There were no injuries and there is no danger to any employees. Police did not say if Police Chief Scott LaChasse was in his office at the time or if the letter was directly addressed to him.

The Burbank Police Department will lead a multi-agency investigation, which will include the FBI and the United States Postal Inspector.