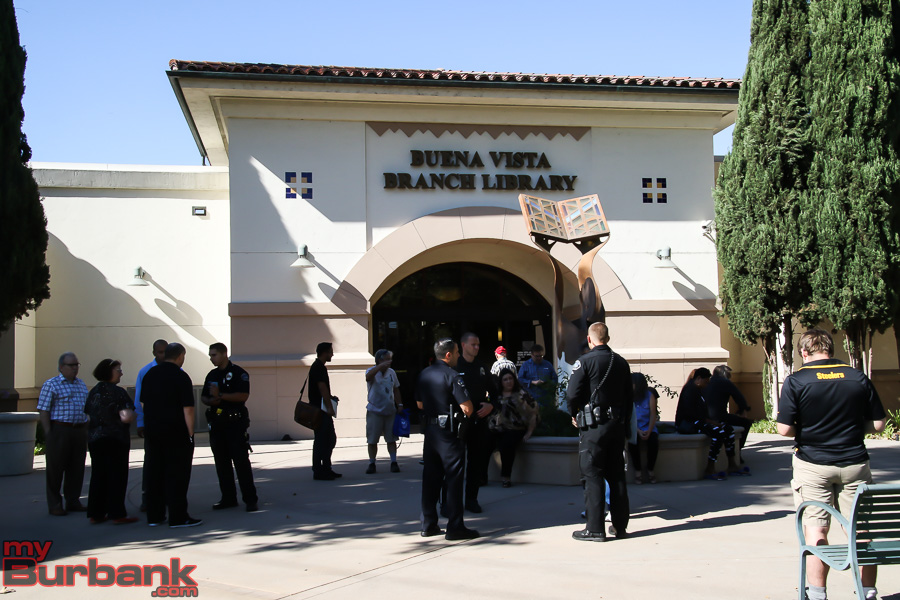 All patrons inside the library were evacuated to a safe location outside the front doors.

Burbank firefighters arrived on scene and located a small fire inside a trash container in the men’s restroom. That fire was quickly extinguished by firefighters with a water fire extinguisher. 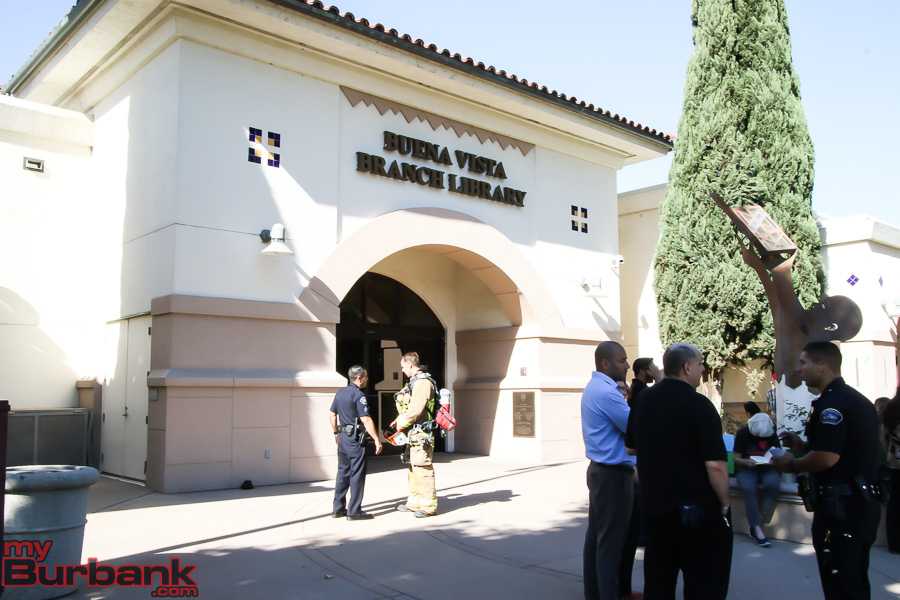 The patrons who were asked to evacuate were interviewed as to what they had seen while visiting the library. Some people reported they had seen people entering the restroom just prior to the alarm ringing. Burbank police detectives are continuing the investigation.

Green reports there are no suspect or suspects at this time, although transients have been known to frequent the library and surrounding area. No estimated amount of damages was given and the library reopened within a few hours after the incident.