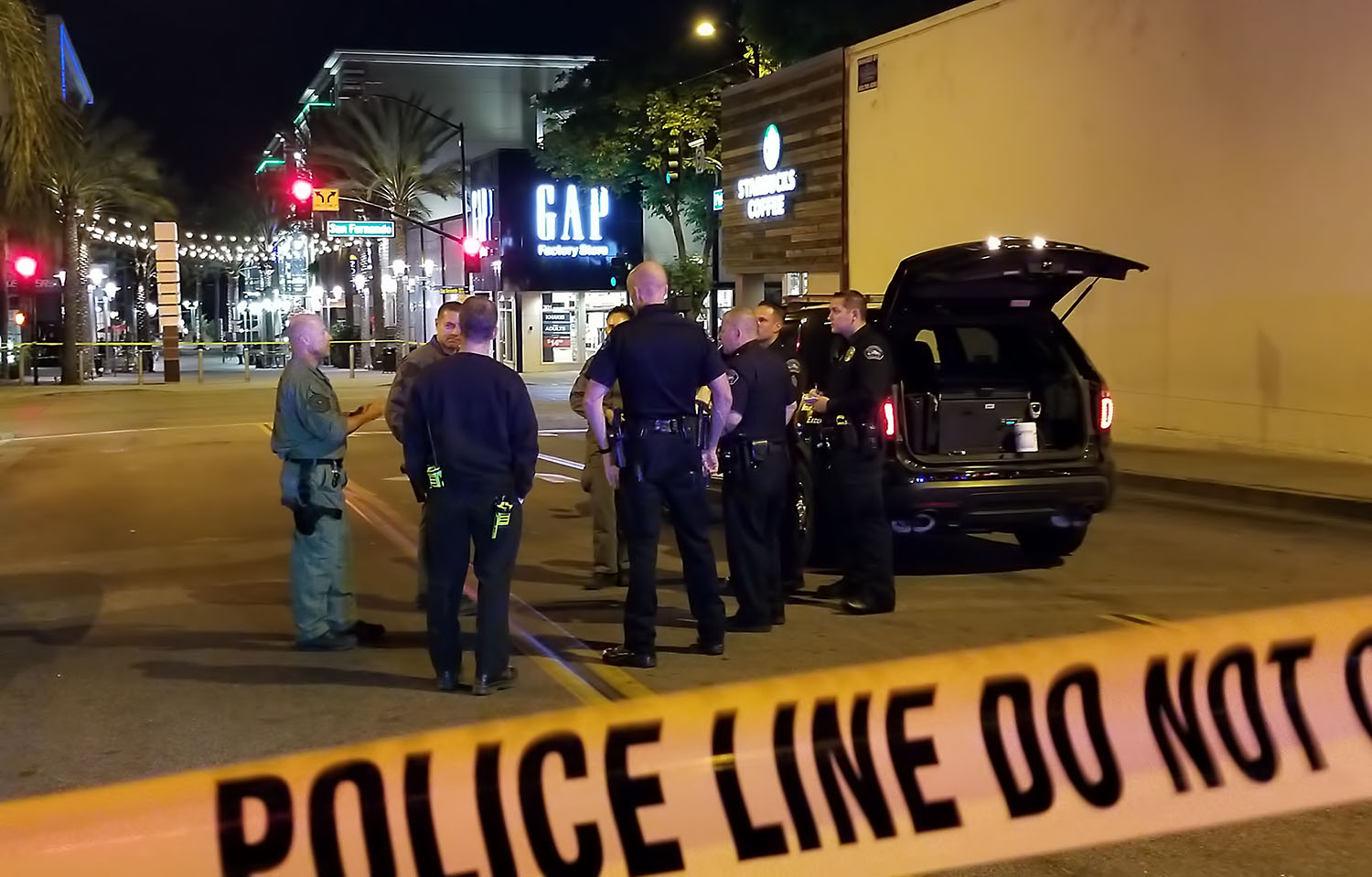 On Tuesday night May 2, at about 9:50 P.M., the Burbank Police Department responded to Starbucks, located at 300 North San Fernando Boulevard, regarding a suspicious item left on a patio table.

The item was found by a customer who alerted Starbucks employees.

The item, which was found unattended, was rectangular in shape and appeared to have copper wiring attached and exposed.

Due to the densely populated area of downtown Burbank, coupled with the suspicious appearance of the item, the area surrounding Starbucks was cordoned off as a precaution.

Investigators from the Los Angeles County Sheriff’s Department Arson and Explosives Detail responded to the scene. They examined the item and determined it was not an explosive device and was not dangerous.

Several people in that area that were inside the businesses were evacuated including cast members who had just preformed at the Colony Theatre and left their vehicles in the area overnight.

Immediately following the investigation, the area surrounding Starbucks was re-opened to vehicular and pedestrian traffic.