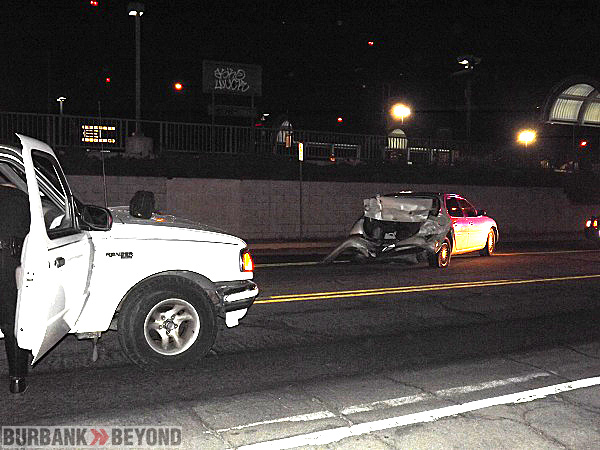 At about 10:00 p.m. Thursday night, Burbank Fire Engine 13 and RA13 along with Burbank Police, were dispatched to a traffic collision with injuries on the 3800 block of Vanowen.

Upon arrival Burbank Fire found a man in the front seat of a pickup truck with head and neck injuries after he struck the back of a parked car. Witnesses at the scene reported the driver was possibly under the influence of alcohol as he was reported being seen to have swerved into oncoming lanes before sharply veering back into his lane and striking the car on the side of the road.

The driver of the pickup truck was the only person involved and injured in the accident and was transported to Saint Joseph’s hospital along with Burbank Police for a follow up report. Vanowen St. between Hollywood Way and Clybourn remained shutdown both ways for about an hour so the vehicles could be removed from the street.