On Wednesday, October 3 at approximately 7:30 p.m., Burbank Police responded to a report of a car accident on the 200 block of N. Buena Vista St.

When police arrived, they spoke with witnesses who said they saw a Chrysler 300 sedan driving erratically, weaving in and out of lanes. They also claimed to have seen a small child on the driver’s lap. One witness believed the child’s hands were on the steering wheel. The sedan crashed into a parked vehicle, and the driver was detained at the scene on suspicion of driving under the influence.

The driver was soon identified as Marion Hall, 44 of Sherman Oaks. Hall is more widely known as “Pooch Hall,” an actor on the Showtime series “Ray Donovan.”

Police believed Hall’s behavior indicated he was drunk and that he was not equipped to perform field sobriety tests.

Hall’s 2-year-old son was in the car and was not wearing a seatbelt.

Neither Hall or his son suffered any injuries from the collision. The actor’s son was released to his wife at the scene.

Hall was arrested and booked for a DUI and child endangerment. He is currently being held in the Burbank City Jail on $100,000 bail and will be in court tomorrow.

Otto Jensen, who was killed Tuesday night after being hit by a car,  was well-known as a photographer. 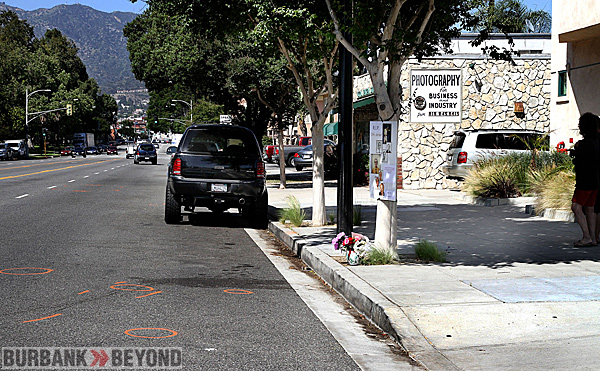 Police markings are still on the street and a makeshift memorial has been erected for Otto Jensen. Otto was struck within a hundred feet or less from his business (in the background) that has been on Olive Avenue (Photo By Ross A. Benson)

Jensen, a native of Denmark, came to Burbank in 1940.   He opened his photo studio at 1320 W. Olive Ave. in 1952.   Ironically, Jensen was struck crossing Olive Ave. at Griffith Park Drive, just a few feet from his studio.  According to reports, he had eaten dinner at Theresa’s Family Restaurant at Olive and Vergdugo.  He had a doggie bag in his hand, when for unknown reasons, he crossed Olive at Griffith Park Dr. heading north.

I recall the first wedding I ever attended.  It was back in the 1950’s when I was just a kid.  The daughter of one of our old neighbors when my family lived on Avon St. in Magnolia Park, was getting married.  She married a man in the U.S. Marine Corp.  The wedding was held at the Rosewood Wedding Chapel on Buena Vista St. near Alameda Ave.  The wedding chapel, as well as the 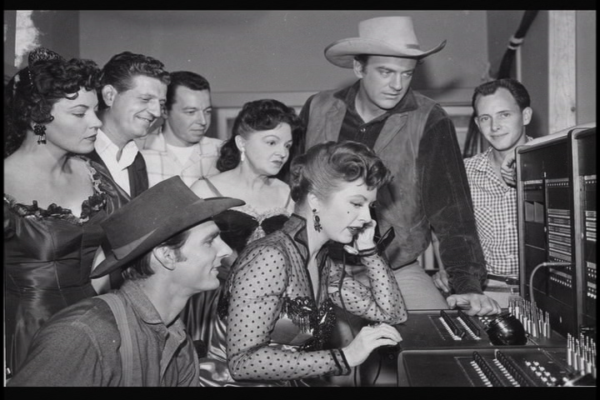 Otto Jensen worked as an actor in Hollywood, and photographed some of its star, including cast members from "Gunsmoke." (Photo courtesy of Burbank Channel 6)

Jack-in-the-Box and the Pago Pago bar were bulldozed years ago to make way for the Disney Child Care Center.  The one thing I remember from that wedding was the photographer.  It was Otto Jensen.  One of the groomsmen was named Otto, and he jokingly commiserated with him about being named Otto.

Besides being a photographer, Jensen was also an actor.  In his earlier years, he was a boxer.  Some of his photographs were of famous boxers, including Heavy Weight Champion Joe Lewis, and noted Southern California boxer from the 1950’s, Art “The Golden Boy” Aragon.  He also took photographs of movie and television stars. 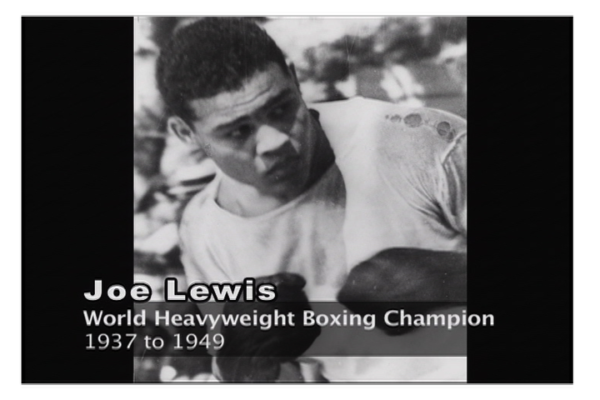 Otto Jensen, who was a boxer in his younger years, was a fan of the sport and continued to photograph it throughout his career as a photographer. (Photo courtesy Burbank Channel 6)

In the 2011 Burbank On Parade, which celebrated the City of Burbank’s centennial, Jensen served as the grand marshal along with other 100 year-olds.    The parade route passed in front of his studio.

A call to his studio confirmed that funeral plans were on hold until Jensen granddaughter arrived.  She apparently lives in Washington, and was notified of her grandfather’s death by the Burbank Police late Tuesday night. 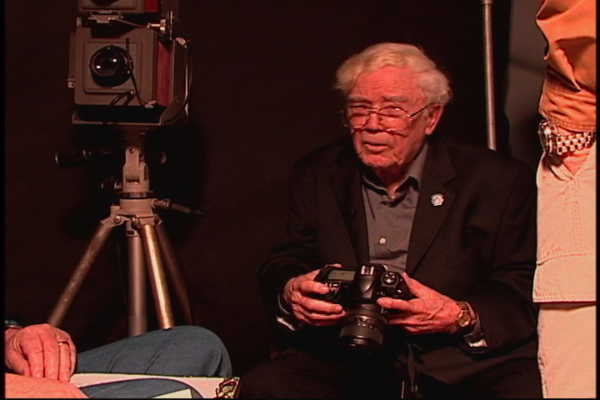