Students left a bumpy road behind and set out for a second chance at Monterey High School. They credit their teachers with inspiring them to get the credits they needed to graduate. Parents, family and friends cheered on 71 graduates during commencement ceremonies Wednesday night at Luther Burbank auditorium. 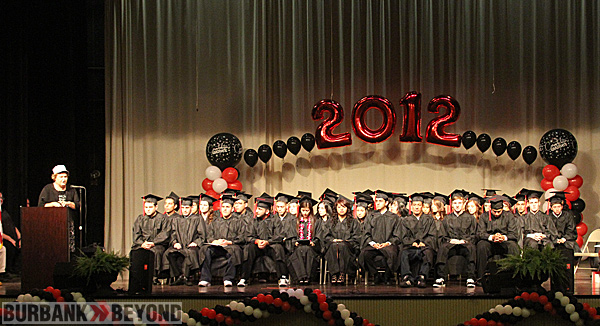 Keynote speaker and Monterey High School's Principal Ann Brooks addresses the class with 'I Think I Can' story. (Photo b y Ross A. Benson)

Principal Ann Brooks popped a train engineer cap on her head and then showed the 2012 graduating class of Monterey High School the children’s book “The Little Engine That Could.”

Monterey is the continuation high school in Burbank, providing an alternative education option for Burbank residents who for many reasons have left traditional high school. Seventy-one students received their diplomas during commencement on Wednesday afternoon in Luther Middle School’s auditorium. 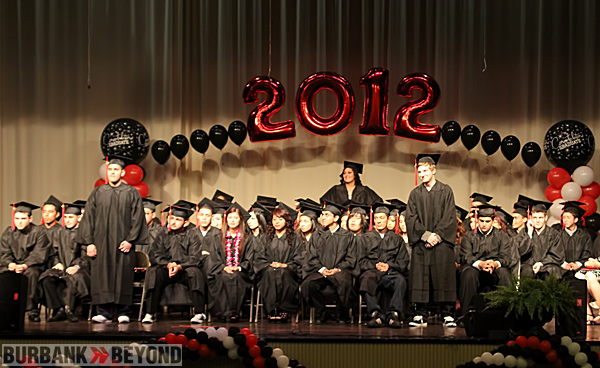 Students standing were honored for 'Service Learning Hours' Elisa Moreno with 62 hours,Zoraida Rodriguez with 66 hours, and Julian Shaul with 50.5 hours. (Photo by Ross A. Benson)

In the children’s story, the train engine is given a heavy load to carry up a steep hill, and the familiar chant he says along the way is “I think I can, I think I can…”

“Everyone at one time or another has felt like that little engine,” Brooks said. “These special passengers have tried other modes of transportation … but either they were moving too slowly or too quickly or not at all and needed a change.”

Among those graduating this year were Gissele Argueta and Anthony Ramos. 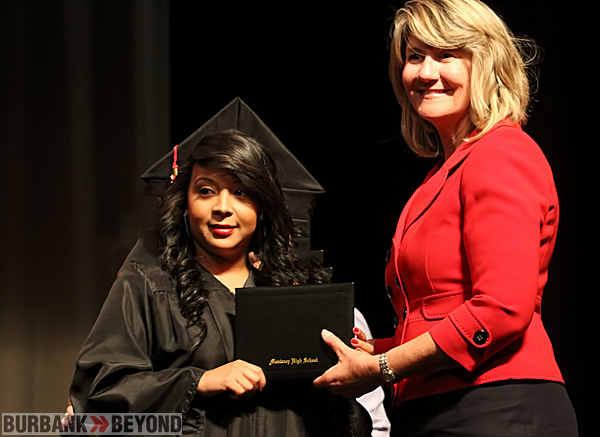 Ada Tobar recieves her diploma from School Board President Debbie Kukta. (Photo by Ross A. Benson)

Ramos came to Monterey from Burbank High School during his junior year. His mother checked into alternatives and Monterey was suggested.

“At first, I didn’t want to go because everyone thinks oh my gosh Monterey is like the school for bad kids, …and when I came, I was really happy that I ended up going,” Ramos said.

What inspired Ramos most at Monterey was the individualized attention he received from the teachers, he said.

Ramos also credits Andy Rotunno, director of student ministries at Village Church Burbank, for being a positive influence in his life since he started going to the church in seventh grade. 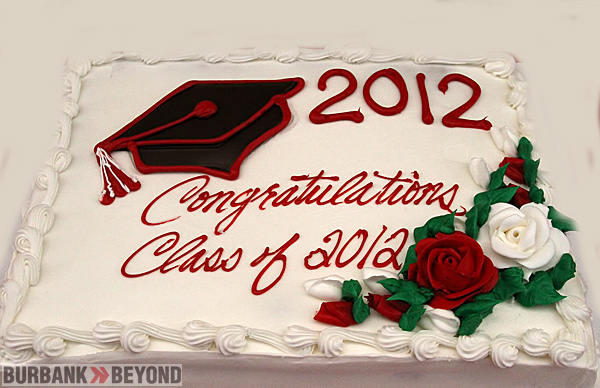 Ramos is planning to continue his studies at Glendale Community College and then transfer to Azusa Pacific, a Christian college, to follow a career in youth ministries.

Ramos’ mother, Regina Ramos, and grandmother, Rosalie Delgado, were in the audience during the graduation ceremony. “Pomp and Circumstance” played overhead while he marched with the other graduates toward the stage. As he passed his family, he gave his grandmother a high-five.

The encouragement from the teachers at Monterey was what inspired her grandson to achieve success, Delgado said. He was having a hard time focusing in class and he realized that. 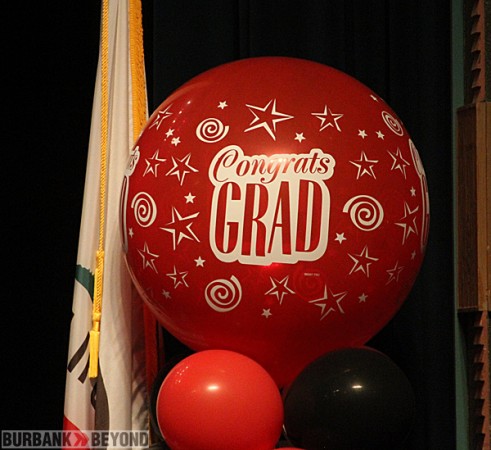 “It helped being in the smaller classroom and the teachers were awesome with him. They helped him and were there to guide him and that’s really important having someone guiding your way,” she said. “At first he said I’m not going to do it, but he is doing really good. And I liked what they did. They praised him and that kept him more encouraged to go on.”

Ramos also became a student representative of the school board, said his mother Regina Ramos.

“That experience gave him even more confidence as to how capable he really is,” she said.

Gissele Argueta was falling behind in her credits at Burroughs after her parents divorced, she said.

At Monterey, she said the teachers motivated her and she began to look forward to school. 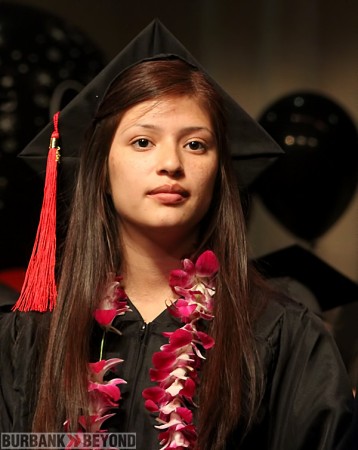 Monterey Student of the Year Gissele Argueta. (Photo by Ross A. Benson)

Economics and government classes became her favorite subjects at Monterey with teacher Keith Lang, she said.

“He made it fun for us. He would highlight what we would have to study to take the test,” she said.

She graduated from Monterey in September and just graduated as a medical assistant from Concorde Career College in North Hollywood. She will take her certification test in two weeks and then go back to school and study to become a radiology and ultrasound technician.

“Ever since I was little I’ve always loved to help people so I figured a teacher would be what I want to be,” she said. “But as I grew up, I set my mind to become a registered nurse, but a teacher explained what skills they need and I thought that would be too much for me. So I decided to take a different route in the medical field and I have been taking X-rays and ultrasounds. I like it.”

The most important thing she learned at Monterey, she said, was better studying habits.

“I’ve passed all my classes with As and Bs, so Monterey did help me a lot to get my study work done,” she said. 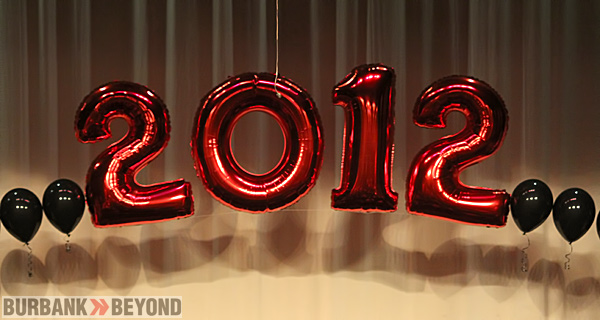 Principal Brooks couldn’t hide how proud she was of the class, and choked up when she read the final lines of her speech. 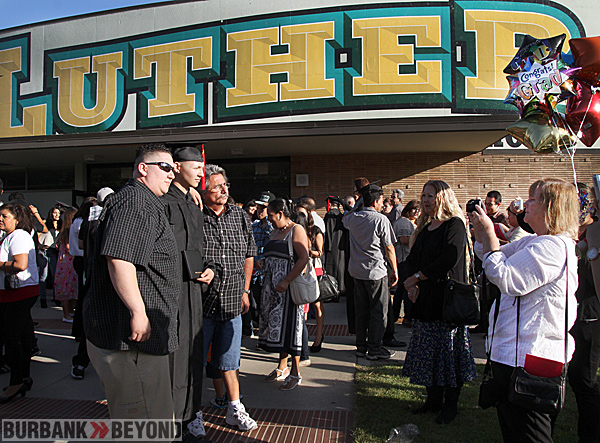 Making one of those 'Kodak' moments for Monterey Graduation, held at Luther Middle School. (Photo by Ross A. Benson)