Burbank Mayor Emily Gabel-Luddy touted the organizations that make up the Burbank Coordinating Council and announced a new city project when she was keynote speaker at the council’s 81st anniversary luncheon on Monday at the Little White Chapel social hall. 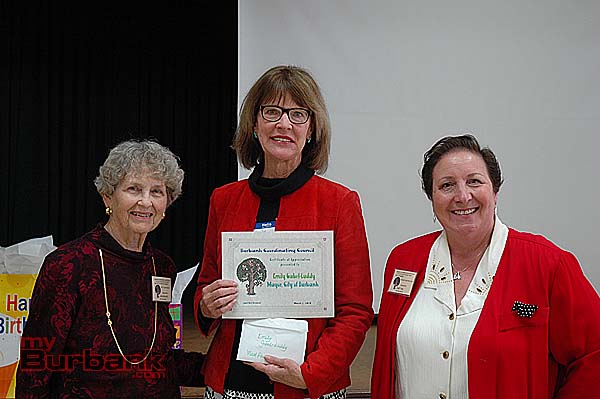 For the past 18 months, the mayor has been working with the city’s Domestic Violence Task Force, which is made up of representatives from the police department, city attorney’s office, Family Service Agency and Armenian Relief Society, to name a few.

Task force members meet quarterly to discuss ways of providing information to men and women who are victims of domestic violence in the local community. The group has created an information piece the size of a business card that lists immediate and longterm resources for counseling, 24/7 crisis hot line, where to report abuse and where to find shelter or housing.

The card’s flip side has contacts for restraining orders, food and bus tokens, school questions and lawyer referral and legal aid. There are also contacts to help members of the gay, lesbian, bisexual or transgender community.

“One of the decisions the group made early on was that no one should feel isolated because of any choice they make about their lives,” Gabel-Luddy said.

The cards are written in English, Spanish, Armenian, Korean and Tagalog and are available at the city manager’s office. The phone number is (818) 238-5800.

Zonta Club of Burbank Area, which has also joined the task force, has created a subcommittee that will coordinate a shoe display that will call attention to the plight of domestic violence victims in April at the Burbank Town Center. Titled “Baring Their Soles” it will illustrate through the number of pairs of shoes how many domestic violence calls were received in the city of Burbank in 2013.

Gabel-Luddy thanked Sylvia Sutton of the Burbank Human Relations Council, for continuing to bring attention to the Holocaust, the mass murder of 6 million Jews during World War II. Burbank City Council was the first in the nation last year to recognize the 75th anniversary of Kinder Transport, which rescued young children from Nazi Germany and moved them to England for the duration of the war where they could be safe from harm.

Burbank Coordinating Council began in 1933. Meetings are held at noon the first Monday of the month from October to May. Those who attend are representatives of community organizations, churches, police and fire departments and PTAs. The council coordinates the Holiday Basket program that provides food and gifts for more than 550 families each year and a Summer Campership program that provides disadvantaged youth with scholarships to attend day camp or weeklong camp stays.

The council has thrived over the last 81 years because members want to make a difference in their community, said President Janet Diel.

“We want to be able to offer a hand to families and children so that they in turn can someday do the same for others,” she said. “We have found that recipients of Holiday Baskets and Camperships have become the donors of the present and future — and the caring spreads out and helps us all! Communications between organizations and sharing activities and events, connects us all as a Burbank Family.” 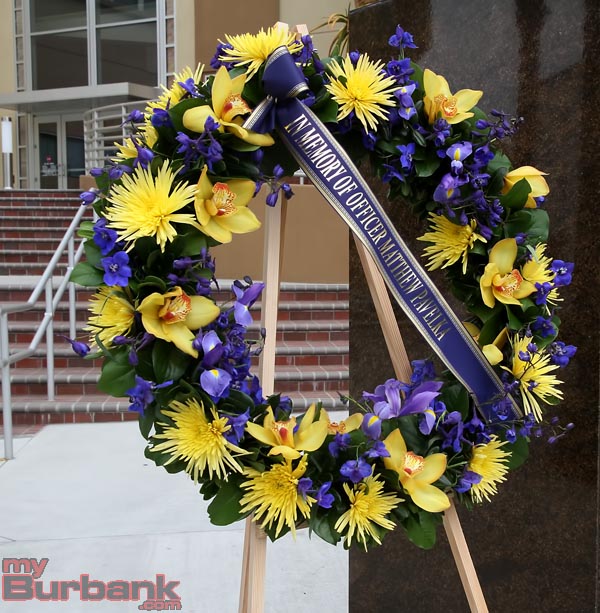 On that day in 2003, Officer Matthew Pavelka was killed while responding to Officer Gregory Campbell’s call for backup. Two male subjects exited their vehicle and both fired automatic weapons. Both officers were wounded and transported to a local hospital, where Officer Pavelka died during surgery.

Officer Pavelka had been in the field as a police officer for just 10 months. Officer Pavelka joined the Air Force after graduating from high school as he was too young to apply for the police department. Officer Pavelka was remembered by more than one of his fellow officers as a charming, light-hearted 26-year-old, with a crown of spiky orange hair, who loved being a cop.

The Burbank Police Officers Association and Burbank Police Command Staff provided memorial wreaths which were placed at the base of our “Guardian” statue in front of the police and fire building. 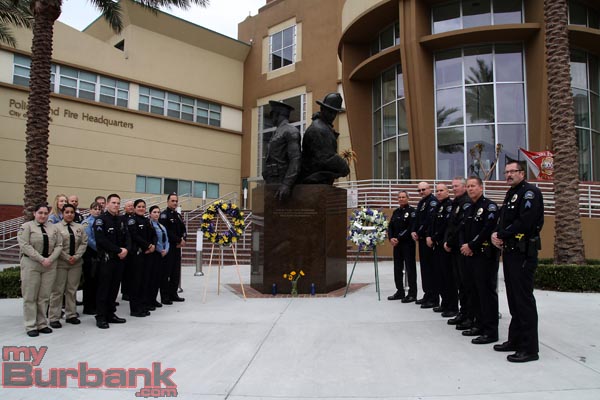 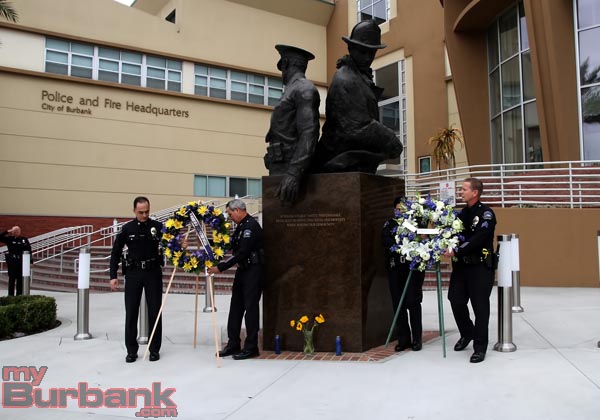 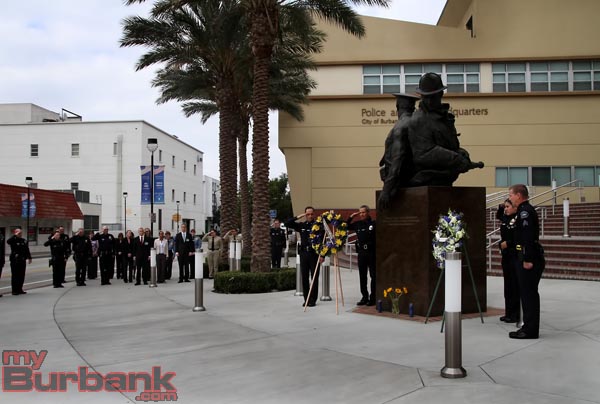 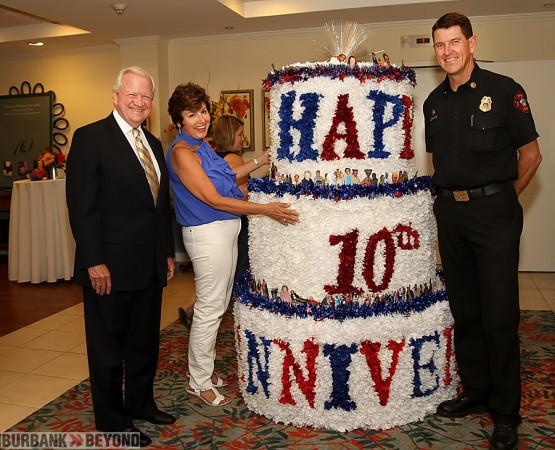 By Julie Walke
Special to BurbankNBeyond 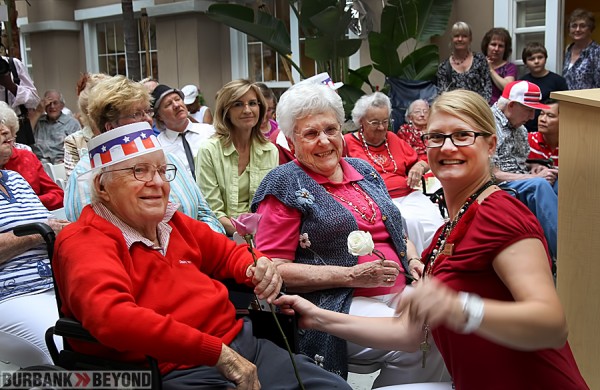 Longest residents where honored with a rose, during Anniversary Celbrations. (Photo by Ross A. Benson)

The Belmont Village community, located on the former site of the Burbank Community Hospital, is celebrating its strong tie to Burbank history through a new photography exhibit called Burbank is Our Kind of Town with photos supplied by the Burbank Historical Society.

For more information about viewing the exhibit or taking a tour of the building, please call 818-972-2405. 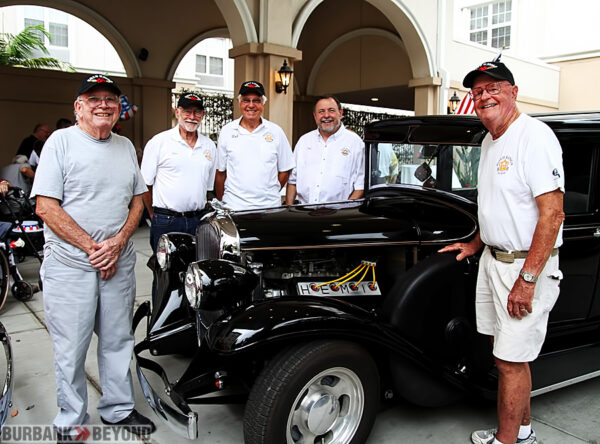 The Burbank Based Road Kings pose proudly with their car display. (Photo by Ross A. Benson) 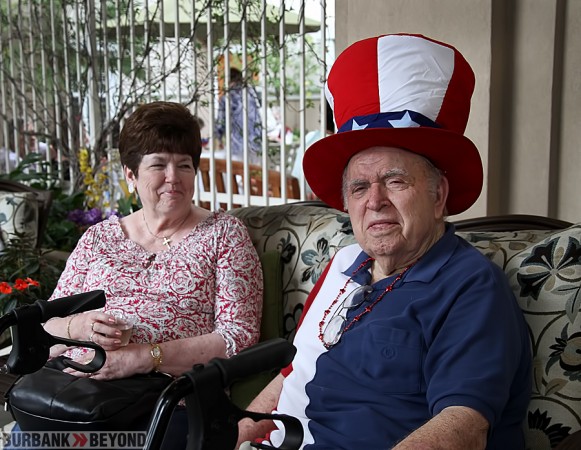 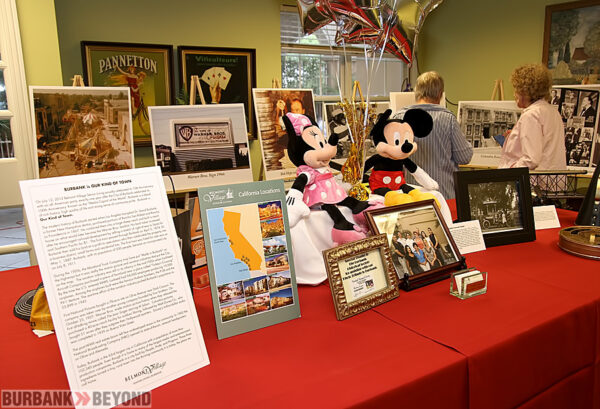 Burbank being the home to Disney Studio, they had a display for guest to see. (Photo by Ross A. Benson) 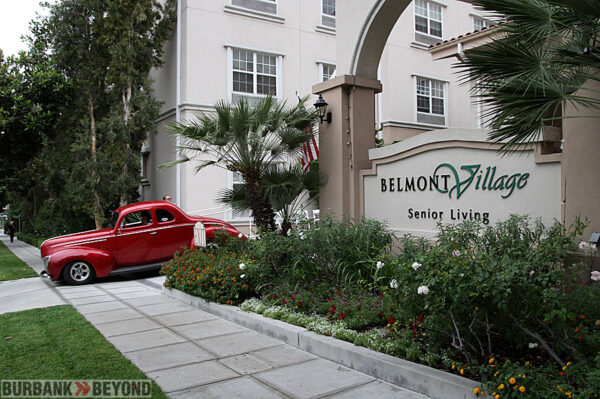 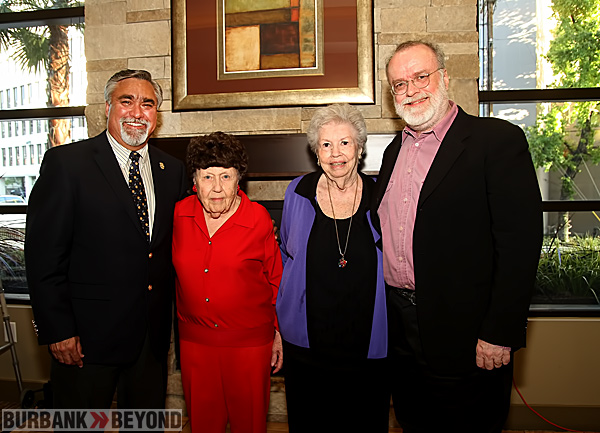 The first floor foyer is bathed in light from the surrounding plate-glass windows, and the soothing mint walls and dark brown accents create a sense of elegance and tranquility. There is a main dinning room, private dining room, a parlor graced with a grand piano and lovely patio with a fireplace and fountain.

And that, my friend, is the mantra of Vintage Burbank!

The facility celebrated its second anniversary Thursday night with an open house. Some 200 residents and guests listened to pianist Rich Smith and later Bill Chico and his Trio while dining on the buffet fit for a king –and queen. 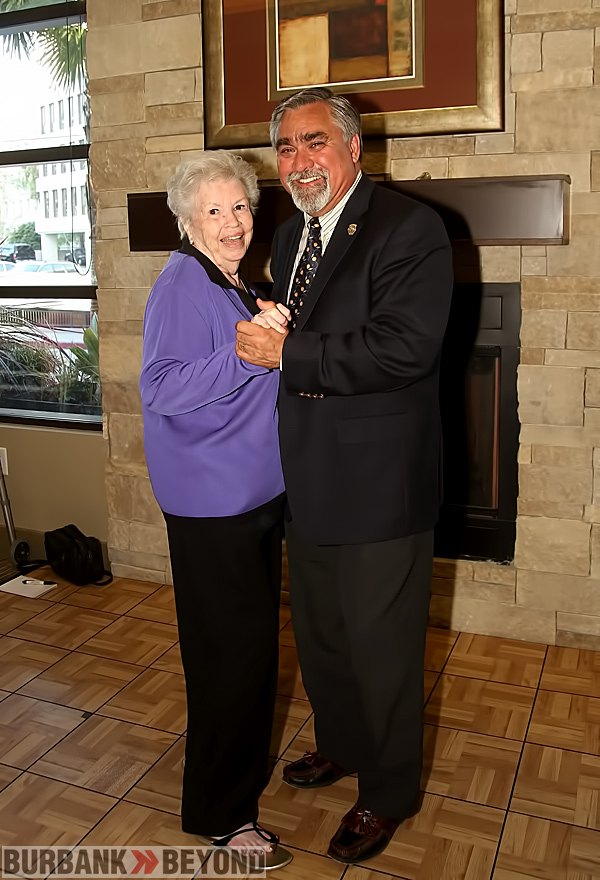 Mayor Jess Talamantes dances with Jean Wilkinson a 2 year resident of Vintage Burbank was also it's first resident. (Photo by Ross A. Benson)

Executive Director Ted Burgess welcomed everyone and gave nonresidents a history lesson on how far they’ve come since opening on March 1, 2010.

There is still room for 40 more residents, and Burgess promised them “if you live here, you won’t have to drive home next time there’s a party.”

Mayor Jess Talamantes toured the first floor and had one word for it “incredible!”

“On behalf of the City Council, congratulations on the success you’ve had and much continued success!” he said.

Speaking for Vintage residents was Council President Audrey Hanson, who served as a school board member in Burbank during the 1980s.

“I want to tell you that this is really a nice place,” she said. “The people who work here are warm and friendly.”

Wilkinson moved to Vintage Burbank after living in the same house on Naomi Street in Burbank for 60 years, said her son Scott Wilkinson. 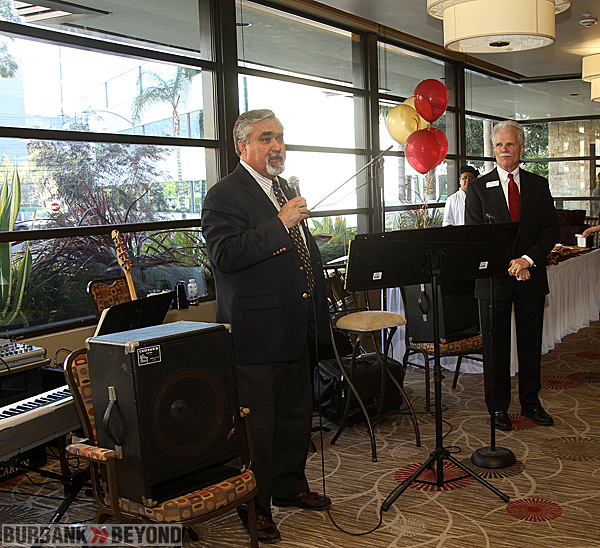 “My sister and I are thrilled that she decided on her own accord to come here when the time was right,” he added.

Jean Wilkinson said she really enjoys the food and her favorite dish is the Talapia.

“There is also a great theater with comfortable seats,” she said.

Residents can watch a different movie on the big screen every day. Films range from current to classic including musicals, comedies and even foreign titles.

The theater feature was a plus for her son as well as he is a home theater journalist and regular guest on the weekend radio show “The Tech Guy with Leo Laporte” on KFI-FM (640).

“The theater was one of the first things I checked out,” Scott Wilkinson said. “I’m really impressed with the food and just the general ambiance is very high class — top notch through and through. And the staff is exceptional!” 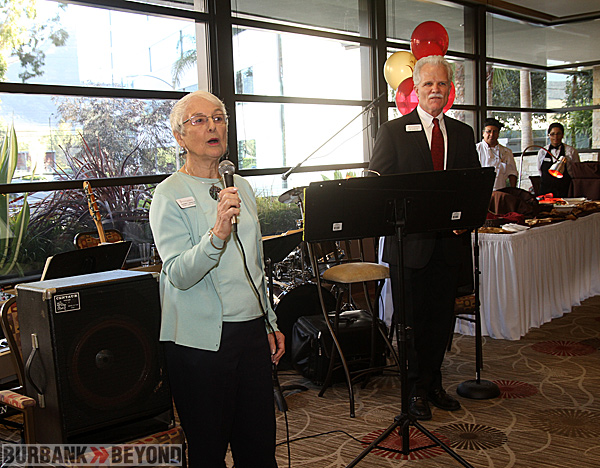 Former Burbank School Board Member Audrey Hanson is a resident and she now is Resident Council President at Vintage Burbank. Executive Director Ted Burgess listens in. (Photo by Ross A. Benson)