Conducted by internationally known maestro Anthony Parnther, the young instrumentalists and vocalists were mentored throughout the performance by seasoned musicians from the Musicians At Play Foundation.

Film composer Michael Giacchino (Star Trek, Incredibles, Up) made a surprise appearance to kick off the second half of the concert and the performance of “Star Trek Suite,” featuring themes from Star Trek, Star Trek Into Darkness and Star Trek Beyond. 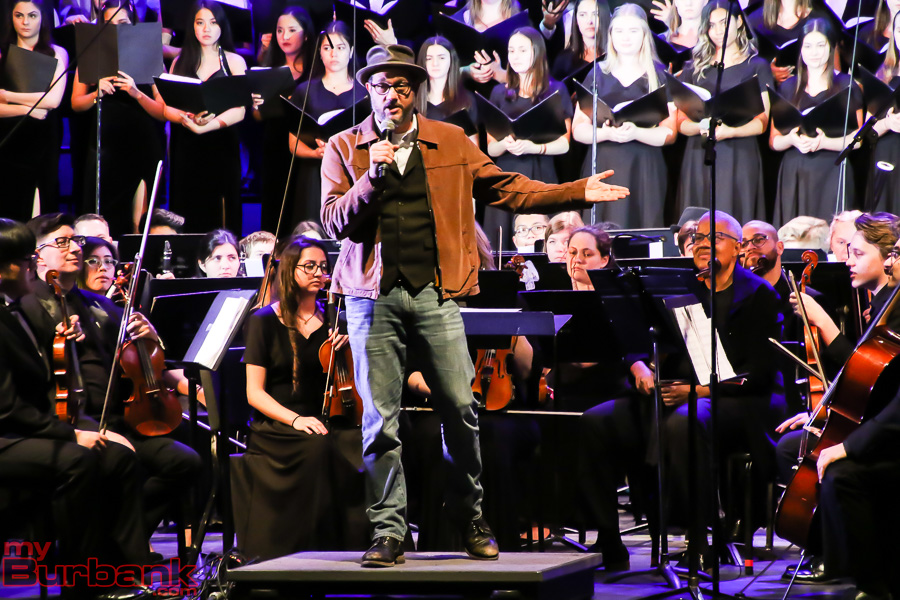 Film composer Michael Giacchino made a surprise appearance at the “Reach For The Stars” fundraising concert. (Photo By Ross Benson)

A silent auction and online auction were held, with items including an original Star Wars music score signed by John Williams, an Up movie score signed by Giacchino and musical instruments signed by various popular musicians.

Nearly $60,000 of the original $75,000 fundraising goal was raised from donations, ticket sales, musical instrument adoption, and the silent auction. Work to reach the $75,000 goal, which will go to support instrumental and vocal music programs at Burbank and Burroughs, continues.

Donations can still be made via PayPal online here. 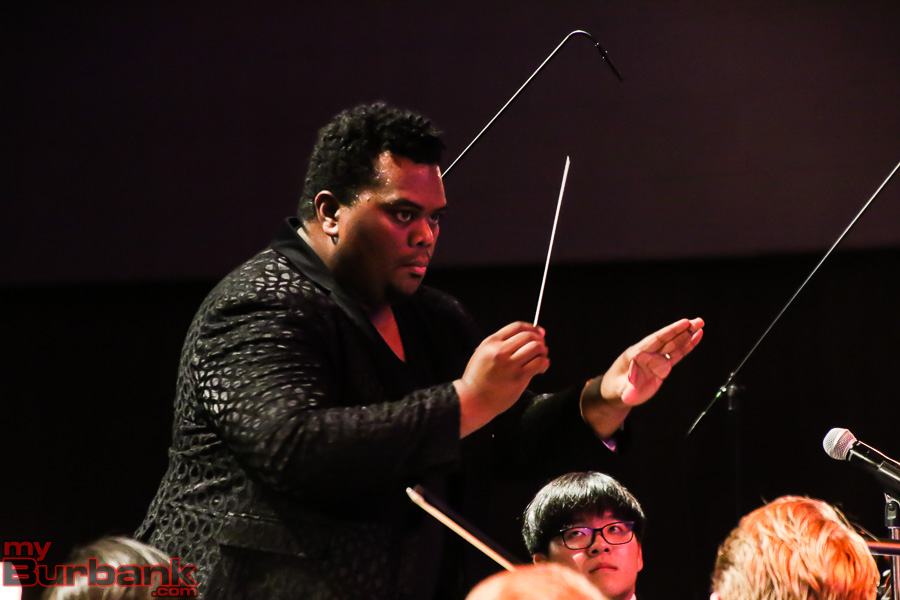 Conductor Anthony Parnther at work with the Burbank musicians and industry professionals from Musicians At Play Foundation. (Photo By Ross Benson)

“We are so grateful to the Musicians at Play Foundation, the MAP mentors, our sponsors and all who attended the Music Is Instrumental benefit concert – together they made this opportunity possible,” Flynn commented. “Our students grew artistically and experienced firsthand what can be accomplished when we join forces around one important cause.”

“Music education is about more than aspiring to be a performer,” she added. “It teaches collaboration, innovation, patience, persistence and self-discipline. We are thrilled to have made progress towards our fundraising goal and so proud that we all did this together!” 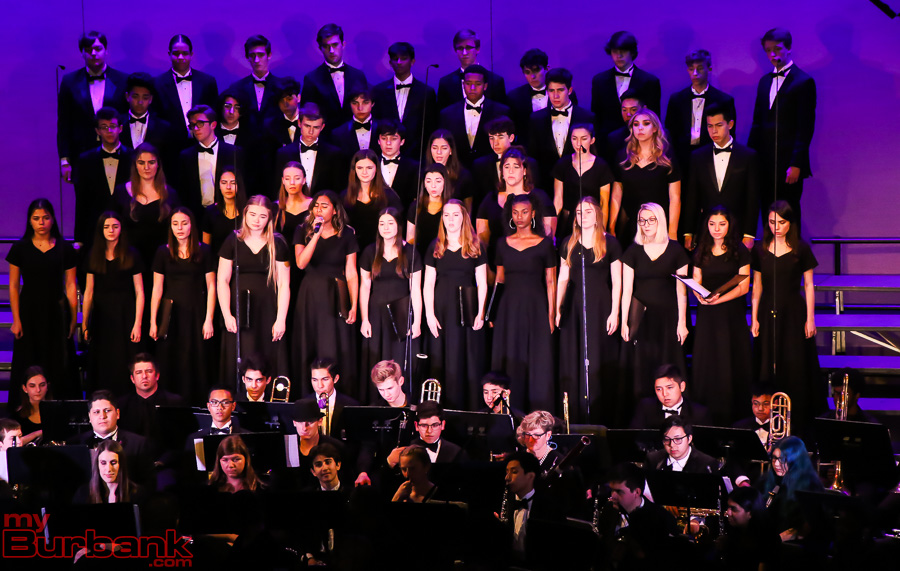 With BUSD facing budget cuts to offset pension costs, the district’s high school instrumental and vocal music programs viewed the March 8 concert as a way to raise needed funds for their ongoing programs.

The MAP Foundation has provided mentors for BUSD high school musicians for three years, with last year providing the first collaborative concert. In addition to standard high school repertoire, the Foundation mentors have added in crowd-pleasing favorites from the film scoring world. 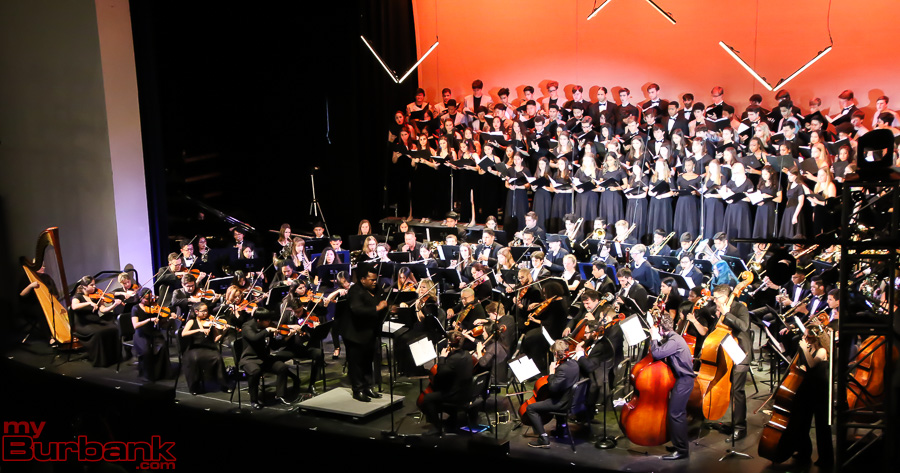 “It is also important for students to play music that they ordinarily wouldn’t get to play,” added Williams. “John Williams and Michael Giacchino soundtrack music is the soundtrack of young peoples and adult lives.”

“Learning from the same musicians that played on the films is so important for them not just musically but for the life skills they acquire by watching professionals do their work. This experience with the mentors will help carry them through life as well.”

“Over the past three years, many students have used this experience as a platform to reach their college goals and professional career paths,” he also said. “Community support of instruments for the BUSD programs is crucial in giving the tools needed for students to reap the rewards of the program.”

Conductor Anthony Parnther at work with the Burbank musicians and industry professionals from Musicians At Play Foundation. (Photo By Ross Benson)

Film composer Michael Giacchino made a surprise appearance at the “Reach For The Stars” fundraising concert. (Photo By Ross Benson)