A lot of Burbankers are huge fans of Glee and Emmy-nominated DOROTHY-MARIE “DOT” JONES, who plays Glee’s Coach Shannon Beiste. And Dot Jones is an enthusiastic fan of Burbank and the Burbank Arts for All Foundation (BAFA). Her appearance at last Friday’s BAFA “Party on the Plaza” gala was one of the evening’s highlights. Afterwards, as BAFA friends and supporters were dancing the evening away, Dot Jones sat down with myBurbank.com and shared her journey from Hilmar to Hollywood: a journey that started out tough and became unexpectedly tender. 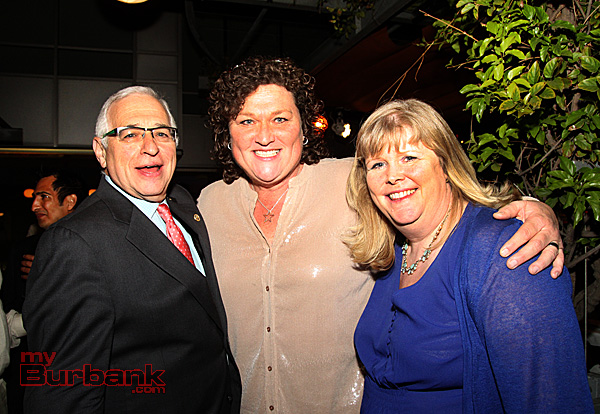 DOT JONES grew up in Hilmar, California, a dairy town south of Modesto with 1500 people. Her high school class had 80. “If you weren’t in sports or Future Farmers of America, there wasn’t much else to do,” Dot explains. She was in sports, becoming a champion weight lifter and her high school’s female athlete of the year.

But Dot Jones’ foray into the world of music didn’t work out so well. Although she could play the trumpet by ear, she didn’t read music. So her band teacher flunked her. That discouraged her from going further with music. “But I know the teachers in Burbank wouldn’t have done that. They would’ve focused on the positive and worked with that.” 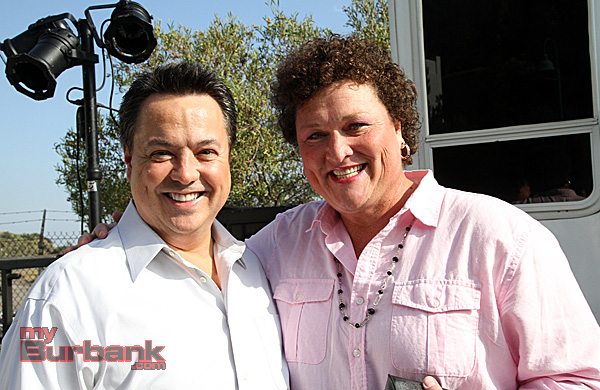 During The Super Show at The Starlight Bowl in 2011. George Pennacchio and Dot Jones. (Photo by Ross A. Benson)

Dot Jones kept her focus on athletics and higher education. She earned a track scholarship that put her through Modesto Junior College and Fresno State, where she majored in criminology.  She garnered All-America honors throughout her college career. And she did so well in the shot put that she qualified for the U.S. Olympic Trials in 1988 and 1992.

At 19, Dot Jones became a professional arm wrestler, winning her first world title. “I retired from arm wrestling in 1997 after I achieved my goal of winning 15 world titles. My favorite moment from that experience was when Diane Naiad and Lynn Swann covered one of my contests for Wide World of Sports.”

After college, she wrestled with problems of a different sort: troubled youth. She worked as a juvenile probation officer for Fresno County and saw first hand the consequences of young people not connecting with their talents. But in her free time Dot Jones dropped the burdens of her job and took up the easier burden of heavy weights bending both ends of a bar.

During one of her dead weight lifting competitions, Dot Jones became friends with Shirley Eason, who played Skye on American Gladiators. “At that time, I wasn’t thinking about acting at all,” Dot Jones said. “I was expecting to say ‘yes’ to being an adult probation officer in Madera County. But Shirley was urging me to try out for this new show being developed, Knights and Warriors. So I decided to go for it.” 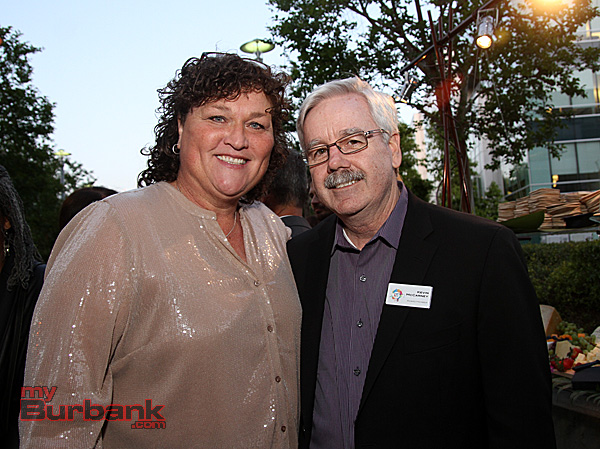 The first day of trying out for a role in K&G featured various tests of athletic skill, which Dot Jones aced handily.  But she didn’t yet know if she would make it to the next level of the audition, where she’d have to do a cold reading. “What the heck is a ‘cold reading’, I asked myself.” She found out cold reading is when you read lines from a scene with little or no preparation beforehand. That night, she got the call that she was invited back for the cold reading.  “Great!” Dot Jones replied, still a little unsure of exactly what a cold reading involved. “What do I wear for that?”  she asked her caller. “Wear your best warrior outfit,” the caller replied.  “Warrior outfit?” Dot Jones said to herself. So she gamely “wore zebra-print pants.”  Evidently it was the right costume choice. The producers soon asked her, “How’d you like to be a warrior?”

Dot Jones was one of the few female warriors in Knights and Warriors, which lasted only one season. But it was a pivotal time for her career. A fellow actor introduced Dot Jones to his agent, Sid Levin. “We hit it off from the start, and he’s still my agent, 22 years later.” No mean feat in a business where agents often have shelf lives measured in months. 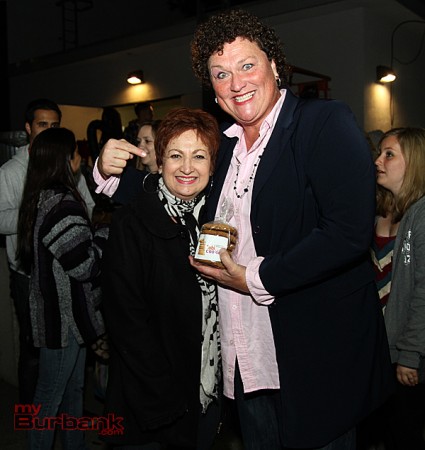 Dot-Marie Jones with Tobi Lippman and gift of Tobi’s Famous Cookies following a show at Starlight Bowl in 2011. (Photo by Ross A. Benson)

She also had roles in Nip/Tuck and Pretty/Handsome (pilot), where she met co-creator Ryan Murphy and co-executive producer Brad Falchuk. Both men were soon to be co-creators (along with Ian Brennan) of the Fox’s smash musical comedy-drama series Glee. “I bumped into Ryan one day at the grocery store and told him I would really like a part in Glee,” Dot Jones related. “Two months later, they created the character of Coach Beiste for me.”

Coach Shannon Beiste is first seen the opening show of Glee’s second (2010) season, and has since made many show appearances. As Glee fans may know, Coach Beiste is a championship-winning football coach who immediately butts heads with the cheerleading coach and the glee club director (they eventually become friends). By the third season, Coach Beiste is co-directing the school musical. Along the way, she also has a romance with an old flame and eventually marries him. Then her story takes a heart-wrenching turn. Coach Beiste becomes the victim of domestic abuse. 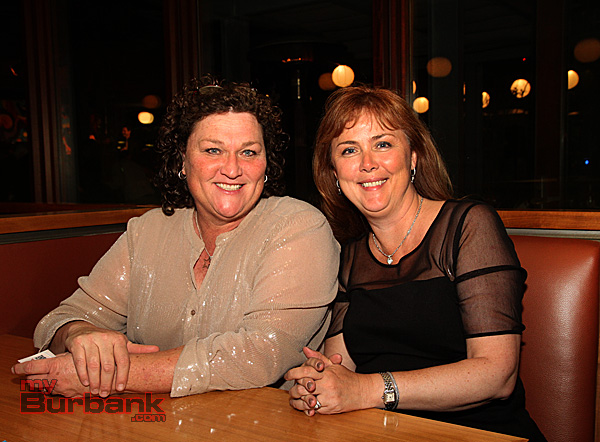 Dot-Marie Jones and Alexandra Helfrich who won the auction of a ‘Lunch Date’ and day at Glee for a group of four. (Photo by Ross A. Benson)

“When I first read the script about the domestic violence, it got me bawling my eyes out,” Dot Jones said, visibly moved by her memory of it. “And when we did the scenes Eric [who plays her abusive husband Cooter] was telling me how he hated to do this to me. But I told him we could forgive each other afterwards.” And it wasn’t just the physical side of the abuse her character had to contend with. “Words matter,” Dot Jones explained. “Sometimes they can be worse than the physical attacks.”

Dot Jones’ searing portrayal earned her a second Primetime Emmy Award nomination (2012) for Outstanding Guest Actress in a Comedy Series. (She had also received an Emmy nomination the year before, also based on her role as Coach Beiste.) “In my 20-plus years as an actor, I had played every tough-gal role there is,” Dot Jones reflected. “I really appreciated a chance to portray someone who was vulnerable and hurting and struggling with a situation that so many women are having to endure.” And there was an unexpected reward as well, one that for Dot Jones even overshadows her Emmy recognitions:

“I received an e-mail from a woman who told me that after watching my character, she got the strength to get out of an abusive relationship.”

Such is the power of genuine art, a power that Dot Jones appreciates very well. And she knows that Burbank does too.

P.S. Dot Jones is now a proud Burbank resident. She loves the sense of community here, as exemplified by organizations like BAFA.