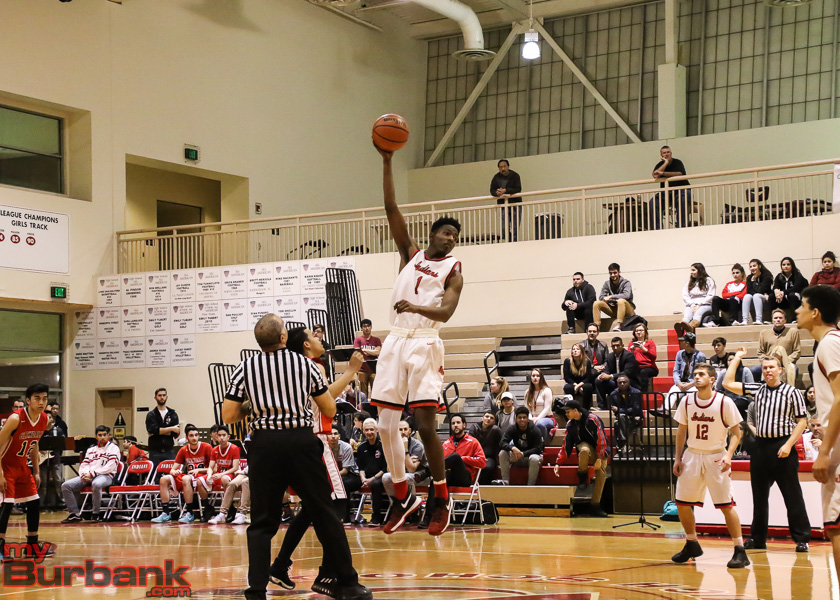 It didn’t take long to realize that the Pacific League contest between Glendale and Burroughs Highs was going to come down to shooting and defense.

Both teams battled back and forth the entire game before the visiting Nitros prevailed in the end, winning 59-53. 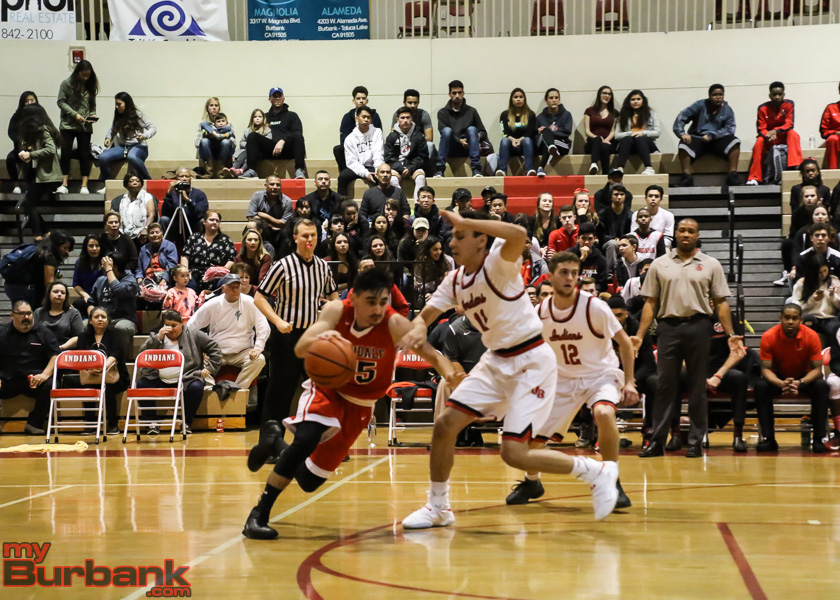 Burroughs (13-11, 5-7 in league) hit five three-pointers in the first half, but had just two in the second half.

The Nitros went up 21-14 on Burroughs early in the second quarter on one of Shamirian’s three pointers.

Burroughs rallied by going on a 15-2 run that included two three-pointers from Austin Marx and one from Ryan Del Castillo. 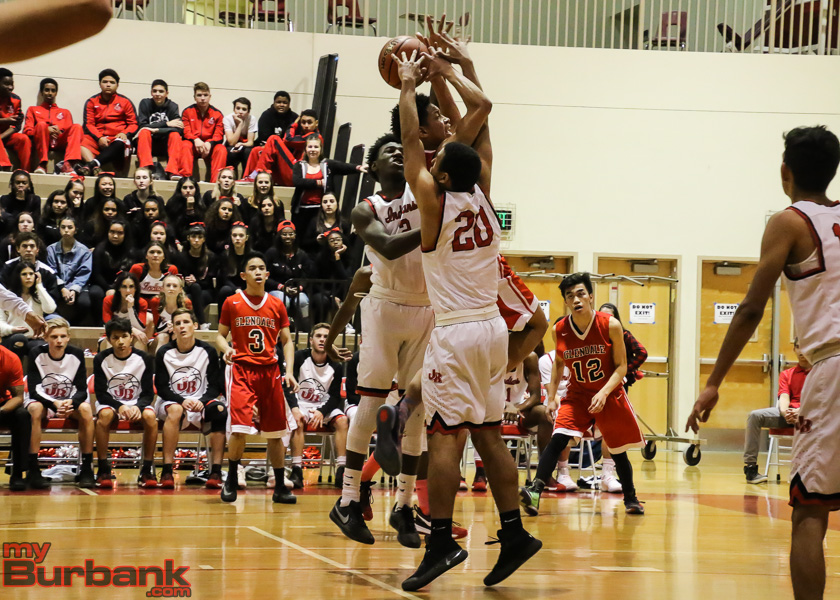 Just when it looked like the Indians were going to start pulling away, Glendale rallied and actually took a 31-30 lead going into the halftime break.

Burroughs star Tristen Hull, who finished with a team-high 17 points fought hard to bring his team back.

Trailing by six points, Burroughs appeared to get back within striking distance as Marx, who finished with 11 points, hit a three-pointer with 59 seconds left.

But the shot was waved off due to an offensive foul under the basket. 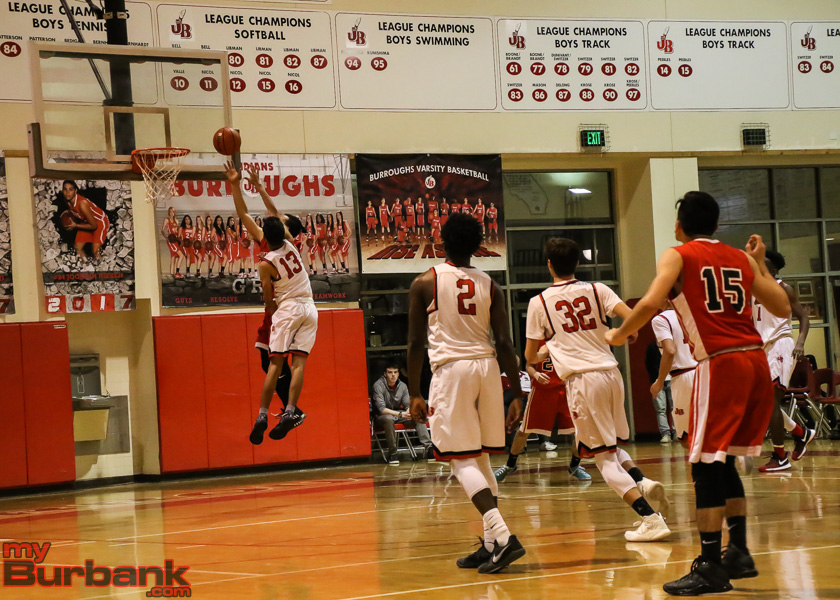 “They hit shots and we didn’t,” Ellis said. “We’re an up-and-down shooting team and they were able to knock those shots down and we didn’t hit the big shots.”