Burbank Unified Superintendent Matt Hill challenged attendees at the Burbank Arts For All Foundation’s recent Community Meeting to be leaders in the creation of a community vision plan for the arts in Burbank.

Held at the Community Services Building on Wednesday, September 2, the BAFA Community Meeting featured BUSD Superintendent Hill and BUSD Visual & Performing Arts Coordinator Peggy Flynn, who gave an overview of the history of the District’s Arts For All Plan and the creation of the Burbank Arts For All Foundation.

“My challenge for all of us in this room and for the team is, what I want to take to the Board…, is a community vision plan for the arts,” stated Hill. 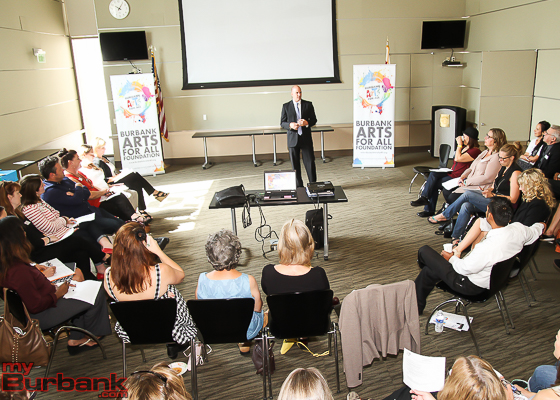 Hill noted that as he was researching Burbank in preparation for interviewing for the BUSD Superintendent position earlier in 2015, he came across the District’s Arts For All plan. He called it a good, solid, working plan, bringing together partnerships with business and parental involvement integrating the arts throughout the school day.

“We have awards and accolades for Burbank Unified Arts programs. Fantastic. One of the best,” Hill continued. “There’s no reason we shouldn’t be the best in the world around the arts.”

“We have to take the time and have meetings like this,” Hill added. “What does it look like for an instrumental program, a drama program?”

“I’m asking for a vision plan,” he said. “We need to push each other to get to that vision.” 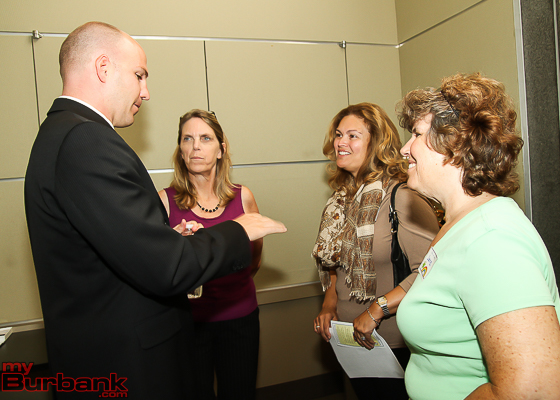 BUSD joined the L.A. County Arts Commission in 2003 and since then, has had a Board of Education whose members have supported the arts in schools, and access for all students to the arts, Flynn noted.

Many gains have been made in the past 12 years, although the recession beginning in 2007 did affect roll out and growth of arts programs. 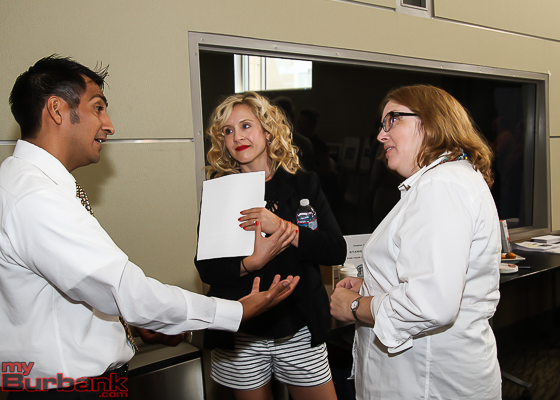 With the College And Career Pathways program, expanding partnerships with businesses and government officials, artist-in-residence programs, professional development for integrated arts for grades K-12 and new after-school high school classes in Animation and Armenian for college credit, Burbank Unified has come a long way since 2003, Flynn pointed out.

“Having our new Superintendent share the importance of the arts in his own life and his commitment to seeing us continue to realize the goals set in the Arts For All plan was really great to hear,” commented Suzanne Weerts, BAFA Community Outreach Working Group Chair.

“And of course, Peggy’s story of where we’ve been and how far we’ve come, along with the wonderful collaborative partnerships that are currently in the works with the Career Technical Education and the Computer Assisted Drafting, etc.” 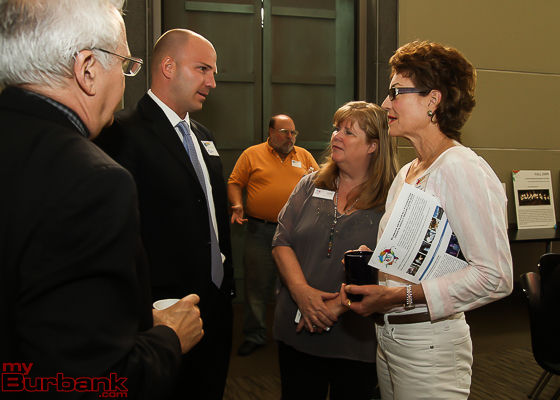 “Many of us who have been involved with this group ‘pre-foundation’ now have kids who are seniors or just starting college,” said artist and parent volunteer Jamie Butterworth, who opened the meeting with a talk about the importance of making mistakes, taking chances, experimenting and letting go in creating art.

“Art gives us a unique opportunity to make safe mistakes and discoveries, and to have the experience of making mistakes – the practice — so we can go out into the world and be inventive, flexible, creative, and confident — which is what we want for our kids (and ourselves).”

“When our oldest children started in Burbank schools, there were very few arts programs and they were inconsistent across schools,” Butterworth added. “A lot of hard work and dedication has gotten where we are today but there is still much to be done. So, we are thrilled to see many new faces and especially parents with young children who can help take us into the future.” 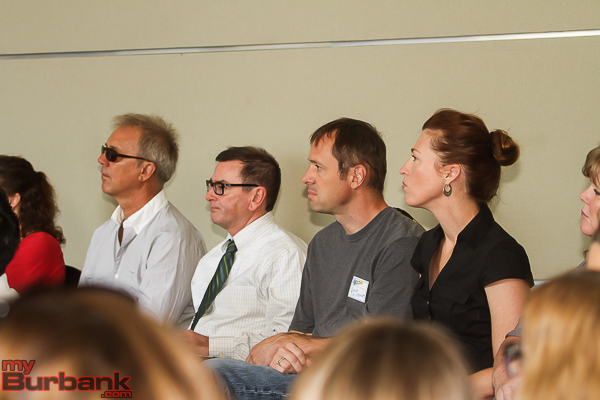 “Burbank Arts for All Foundation is thrilled to begin the school year with a robust discussion about how – together – we can further arts learning opportunities for all students in our public schools,” stated BAFA Executive Director Trena Pitchford. “The Foundation plans to continue to work closely in our partnership with the District to provide resources and funding so that when our Burbank students enter the employment market, they can be successful in whatever career pathway they choose.”

In April 2015, the BAFA Board of Directors added a vision statement to accompany the Foundation’s mission: “Burbank Arts for All Foundation’s vision is to inspire Burbank to build the finest arts education program in the country. We believe that all students should have equal access to a quality arts education that nurtures a balanced approach to life, develops 21st century skills for any career path a student chooses and further enriches a healthy community and creative economy in Burbank.” 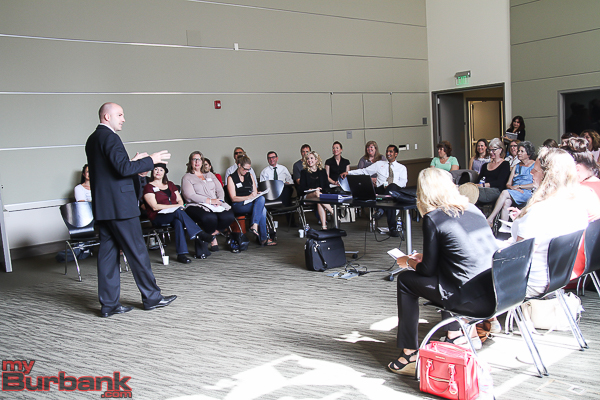 Superintendent Matt Hill talks with attendees at a Burbank Arts For All Foundation Community Meeting. (Photo by © Ross A. Benson)