Sharing the outrage of the Burbank community over a recent, selfish act of theft from BCR “A Place to Grow,” the Burbank Police Officers’ Association and Burbank City Employees Association elected to each offer a $500.00 reward for information leading to the arrest and conviction of the suspects. BCR is a local non-profit organization providing care and services for members of the Burbank, Glendale, San Fernando Valley, and neighboring Los Angeles County communities with disabling conditions.

Between the hours of 6:00 PM on July 27, and 2:00 PM on July 28, 2017, thieves stole two adult-size tricycles from BCR. The bikes had been stored behind a locked gate and secured together with a locked cable, both of which the thieves cut. KTLA covered the story. The thieves have yet to be identified, and the tricycles are still outstanding.

The Burbank Police Department is actively investigating the theft and seeking to identify the suspects as well as to recover the stolen tricycles. Anyone with information related to the theft is encouraged to contact Detective Zimmerman at 818-238-3279.

1 The payment of a reward must be approved by the BPOA and BCEA Board of Directors after reviewing all documentation detailing a claimant’s cooperation and involvement justifies payment.

The appropriate law enforcement officials, after reviewing the evidence related to the crime or crimes, must determine that the person is the individual responsible for the crime or crimes for which the reward was offered, and that the information would have reasonably led to the arrest and conviction of that person.

If more than one claimant is eligible for any reward issued pursuant to this section, the BPOA and BCEA Board of Directors may apportion the reward money in a manner the Board deems appropriate.

A person shall be deemed ineligible for a reward if he or she is:

It is important that the assigned detectives know you are responding to one of these reward offers. Although every effort is made to remove reward bulletins that have expired, you should verify the reward offer status when first contacting the detectives listed. 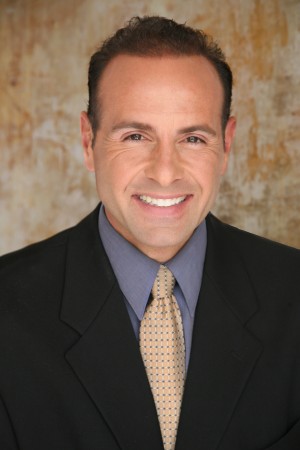 “I am humbled to receive the endorsement of the men and women who put their lives on the line for us each and every day. Our Police Department has always been a leader and model for other agencies throughout the country. If elected to City Council, I look forward to working closely with our officers to strengthen public safety, to keep an open line of communication with our first responders, and to make sure those on the front lines are protected and have the resources they need to do their jobs.”

Rizzotti announced his intention to run in March and has been working tirelessly ever since, meeting with community members and sharing his vision for a better Burbank. Last week Rizzotti received the endorsement of Assemblyman Mike Gatto of the 43rd District.

Chris Rizzotti is the current Vice Chair of the City of Burbank Planning Board. Rizzotti was President of the Burbank Association of Realtors in 2012, received the Realtor of the Year Award in 2013, was President of the Community Service Foundation in 2013, was a Core Team Member for the Measure S Ballot Initiative, and received an Outstanding Contribution Award from the U.S. Small Business Administration. He has been active in civic and philanthropic engagement for many years.

More information about Rizzotti, and details on his vision for Burbank, can be found on his campaign website: www.abetterburbank.com.

A past president of the Burbank police union has been placed on administrative leave, and could face termination pending the completion of an investigation.

Sgt. Mike Parrinello, who once served as the president of the Burbank Police Officers’ Assn., was placed on leave last week pending the completion of an investigation, Police Chief Scott LaChasse said Friday.

It is unclear at this point what Parrinello is being investigated for, and LaChasse declined to discuss the matter.

City Spokesman Drew Sugars said the city could not comment on personnel issues.

Parrinello is the second president of the union to be placed on administrative leave. The other, former Officer Mark Armendariz, the most recent union president, was fired in July 2013 after being placed on leave.

In May, Armendariz filed a lawsuit against the city. Armendariz alleges he was retaliated against for not supporting the current department leadership, among other reasons.

Parrinello’s leave comes as a police officer who was fired amid allegations of misconduct during the 2007 Porto’s Bakery robbery and subsequent investigation has rejoined the force. Sgt. Chris Canales was among 10 officers fired in 2010 and after going through the city appeal process to get his job back, returned to work on June 9.

The police department was in the news again in May when former Deputy Police Chief William Taylor won a years-long court battle with thecity of Burbank. The Court of Appeal of the State of California denied the city’s attempt to overturn a jury verdict that awarded Taylor nearly $1.3 million. The city could be paying out more than $2.6 million in the case, including costs and attorney fees.

Burbank Police Officers’ Association President, Mark Armendariz, who was put on administrative leave back in early June, is no longer working for the Burbank Police Department.

Burbank Police Sergeant Darin Ryburn said that the only comment from the department would come from the City Attorney’s office.

According to Burbank City Attorney Amy Albano, “Mr. Armendariz is no longer employed by the City of Burbank. ” There was no further comment.

An email for comment to the BPOA was not returned as of Tuesday morning.  Their website’s front page still has a picture of Armendariz and his welcome message.

This story will be updated as new information of comments become available.

After receiving calls from our readers regarding this matter, MyBurbank.com contacted the Burbank Police Department.  Their spokesman, Sgt. Darin Ryburn said, “This is a personnel issue, and any information or comments will come from the City Attorney’s Office.

When contacted, City Attorney Amy Albano stated that the police department and the City of Burbank do not comment on personnel matters.   She did confirm that this is not a criminal investigation

She stated, “Please be assured, however, if the City does take any type of employment action against an employee, we will follow all statutory and legal rules concerning due process, from having just cause for an employment action to affording administrative procedures to protect the employee’s interests as well.”

The BPOA was also asked to respond.  Sgt. Claudio Losacco, Vice President of the union echoed earlier statements.  Speaking for the union, he stated, “We have no comment because this is a personnel matter.”

We were not able to reach Officer Armendariz for comment. 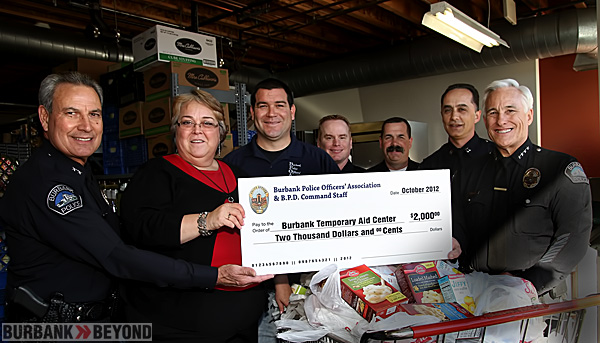 Burbank Police Command Staff are joined by Barbara Howell Exec.Director of Burbank Temporary Aid Center and members of The Burbank Police Officers Association, to exchange a check in the amount of $2000.00 to help those less fortunate this holiday season. (Photo by Ross A. Benson)

The Burbank Temporary Aid Center is dedicated to providing those less fortunate and the local homeless population with basic services in addition to case management for additional outside resources.

The Burbank Police Officers’ Association and Burbank Command Staff, through this donation, are working together to bring a higher awareness to the plight of those less fortunate during the holiday season.

Those interested in assisting the Burbank Temporary Aid Center either through donations or volunteering can contact them at:

November 15, 2012, marked the ninth anniversary of Officer Matthew Pavelka’s death while responding to Officer Gregory Campbell’s call for backup. Both officers were wounded and transported to a local hospital, where Officer Pavelka died during surgery. Officer Pavelka had been in the field as a police officer for just ten months.

Members of the Burbank Police Officers’ Association commemorated the day by paying their respects to Officer Pavelka and the four other Burbank Police Officers who have given their lives in line of duty by wearing dress uniforms and laying a wreath next to the Guardian Statue in front of Police / Fire Headquarters. 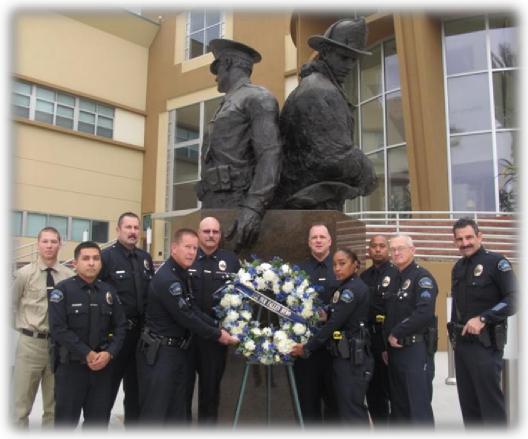 The City of Burbank and the Burbank Police Officers’ Association (BPOA) have reached a tentative agreement on a new contract. The City and BPOA have been negotiating the terms of a new contract since the prior contract expired on June 30, 2009.

“We are so pleased to have reached consensus,” says Burbank Mayor Jess Talamantes. “Both sides have shown respect and commitment throughout this process and we believe the result is in the best interest of the citizens of Burbank.”

“The Association is very aware of the economic difficulties Burbank and other municipalities are facing in light of the economy and are pleased to be part of the effort to find solutions to those issues,” says BPOA President Mark Armendariz. “The Association and City negotiating teams worked very hard for quite some time to reach common ground.”

“This endorsement has been made because of your current record on many issues of importance to our officers and the citizens of Burbank, as well as the general public, and your excellent leadership performance. We are proud to be one of your supporters, and look forward to your service to the citizens of Burbank,” said President Mark Armendariz in BPOA’s letter of support.

“I am proud to have the support of the BPOA. Our law enforcement personnel are central to the well being of our residents, businesses and City,” Gabel-Luddy said. “I look forward to moving ahead with one of our finest departments.”

“I am very proud to receive the endorsement of incoming Mayor Jess Talamantes and I look forward to working with him in the coming term.” she also said.