Since there are only 24 hours in a day, you could say that time is Brady Riggs’ biggest enemy.

When Riggs isn’t with his family, you can find him coaching the Burroughs High girls’ soccer team, the Crescenta Valley SC club soccer squad, acting as UC Irvine’s assistant women’s golf coach and a professional golf instructor for the last 27 years.

Sure, it’s a whirlwind existence and consumes a great deal of time, but Riggs, named by Golf Magazine as one of the Top 100 Teachers and has sent more than 150 golfers to the college level, wouldn’t have it any other way.

Riggs is extremely thankful that he has a supportive wife, who is an assistant coach at Burroughs. 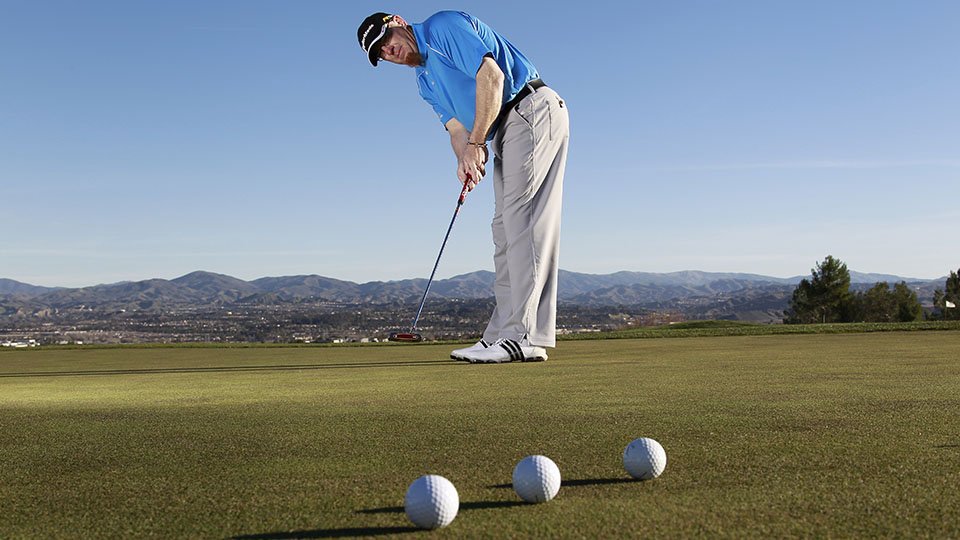 Though soccer and golf are vastly different, coaching is coaching, according to Riggs, named the No. 5 golf teacher in 2017 in California according to Golf Digest.

“Coaching girls soccer is no different than coaching any other sport,” he said. “Once the fundamentals are understood and mastered, the game gets much easier. The challenges of coaching a team sport make it quite different from an individual sport like golf in that the team chemistry can have a significant impact on performance.”

Riggs, who will begin his sixth season as the Indians’ soccer coach and has been a soccer coach for 15 years, said certain individual traits make his job easier.

“The most important quality in a player is their desire to compete,” he pointed out. “These players see setbacks as opportunities to improve. Competitive players aren’t looking for the path of least resistance. They want to put in the time and effort it takes to be a champion.”

Riggs, who is an instructor on the Champions Tour, Asia Tour, LPGA Tour, as well as working with celebrities like Kenny G. and many others, noted the importance of team chemistry.

“There is only so much the coaching staff can do to get the team working as a unit towards a common goal,” said Riggs, who was inducted into the Burroughs Sports Hall of Fame. “The connection between the coaching staff and the team goes through the natural leaders on the team. 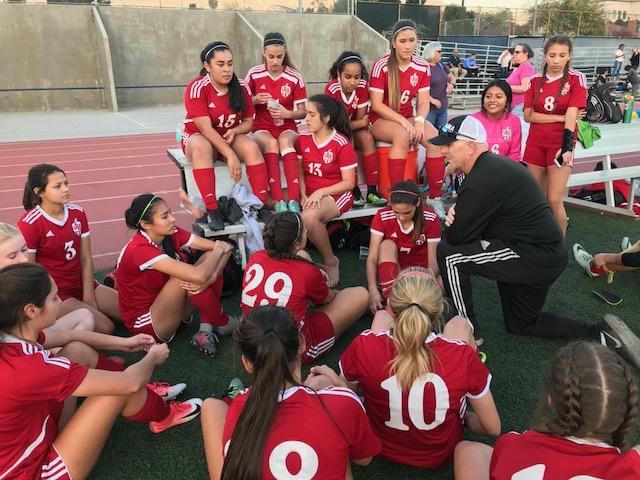 “We were extremely lucky last season. We had outstanding leadership in Maddy Sena, Carina Sierra and Abbie Riggs. They knew the role for all the players on the field. Played with passion and courage and didn’t let external drama enter the program.”

This season’s edition placed second in the Pacific League, went 14-3-2 overall, which was the best record over the last 24 years and won a CIF Southern Section playoff match for the first time in nearly a decade.

Riggs, who has led the Indians into the postseason every year, said a few matches were truly memorable.

“There are a couple of matches that stand out over the last five years,” he said. “In 2017, both of my daughters [Maddie and Abbie] started in Maddie’s last home game against Burbank. Maddie scored and we tied up the game with only a few minutes to go.

“Last season we had a battle for the ages against Arcadia. Tied up the game late and saved one off our own goal line in the final seconds to finish 1-1.” 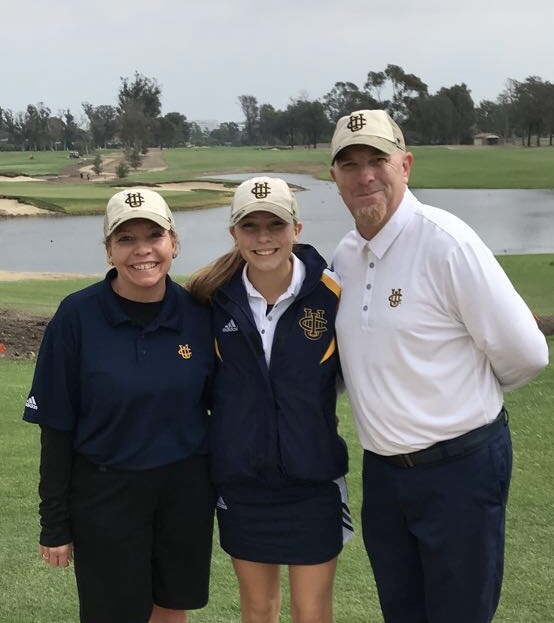 Riggs, named by Golf Magazine as one of the top 25 Teachers in America, said there is tremendous joy in coaching each sport.

“There are more similarities than differences when it comes to the satisfaction in coaching both sports,” he said. “Regardless of it being soccer or golf, success is a long-term process that requires commitment, skill, development, focused and precise training, constant adjustments and perseverance. This process doesn’t occur over a matter of weeks or months, but takes many years to achieve a high level of success.”

Part of getting better is listening and taking what the coach imparts said Riggs, who coached Danielle Yang to consecutive U.S. Amateur Championships and also the World No. 1 amateur ranking.

“The willingness to listen, serious talent and tremendous work ethic is shared with all elite athletes,” said Riggs, who was also voted into the Southern California PGA Teachers Hall of Fame. “While it’s obvious that a PGA tour player and a high school soccer player are on different levels, the desire to win is no different. A common trait I see in all great athletes is a willingness to evaluate their performances, good and bad, to see where they can improve for their next competition.”

Riggs, who works with PGA Tour member Brandon Hagy, added: “Successful athletes ask questions of their coaches, demand challenging practice sessions and focus on their training as if it was a competition,” he said. “They realize it’s impossible to flip a switch once the competition begins. That switch must be during practice.”

Riggs, who said that he has been influenced by John Wooden, Sir Alex Ferguson, Pep Guardiola, V.O. “Red” Allen, Ed Ibarguen and Gregg McHatton, has his personal philosophy when it comes to playing time.

“I strongly believe in a meritocracy,” he said. “I base playing time almost exclusively on who is the best player for a given position.” 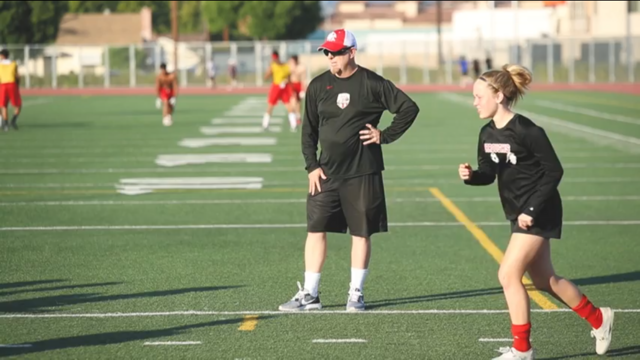 How about playing style? “We are a possession focused team who is mandated to play out of the back,” he said. “I want all 11 players on the field involved in attacking and defending with the focus on keeping possession of the ball. If we have the ball, we can score and they can’t.”

With regard to coaching girls’ soccer versus players on the PGA tour, what’s the biggest difference?

“The girls will work extremely hard and give everything they have when they know their teammates and coaches care about them,” Riggs said. “They are more committed to the concept of team and generally don’t care about stats and showing off as they do about winning. 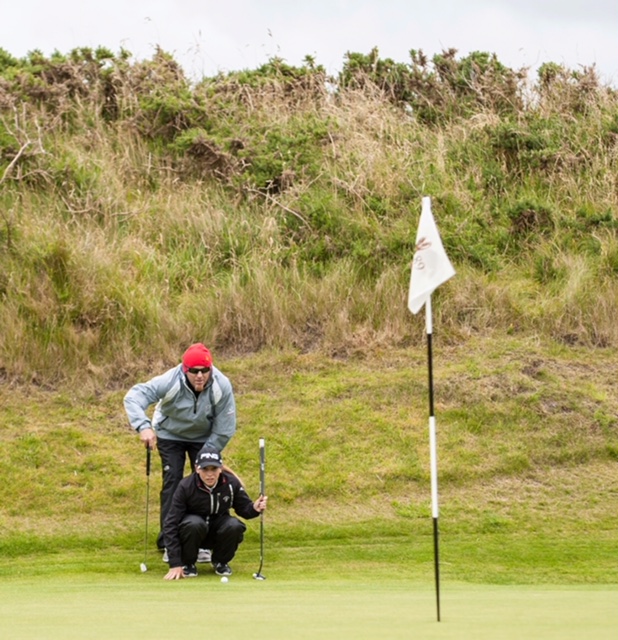 Brady Riggs with a student at a recent match. (Photo courtesy Brady Riggs).

“At the same time, they don’t watch the game as much when they aren’t playing and don’t get the osmosis that naturally occurs when seeing the best players in the world play on a regular basis.”

Riggs pointed out that high school athletes and PGA Tour members are both willing to listen and learn.

“While it may seem surprising, professional golfers are extremely serious about listening to their coaches, despite their obvious talent and success,” he said. “In fact, you could argue that one of the reasons they made it to that level was because they were willing to listen to people who can help them continue to improve.

“When you consider that Tiger Woods, Jordan Speith, Rickie Fowler, Dustin Johnson and the vast majority of the Tour players have coaches, it speaks to their willingness to listen.”

Riggs has his own mentors and they include his parents. “There’s no question that the most influential people in my life have been my parents [Phil and Dale],” he said. “It was made very clear to me as a young athlete that quitting wasn’t an option, respecting the game was mandatory and if they were keeping score you might as well be the one who wins. The life lessons have never stopped.”