The status of whether or not high school sports will be played this fall remains as many concerns over Covid-19 have not gone away.
The CIF Southern Section has released its playoff sports divisions for all fall sports except for football should everything return to normal.

If we do have a sports season this fall, the Burbank and Burroughs High cross country teams can expect to compete in Division 1 should they make it to postseason competition.

Burbank High reported an enrollment of 2,563 to the Southern Section. Burroughs reported its enrollment is 2,504. Schools that were placed in Division 1 have enrollments that exceed 2,481. 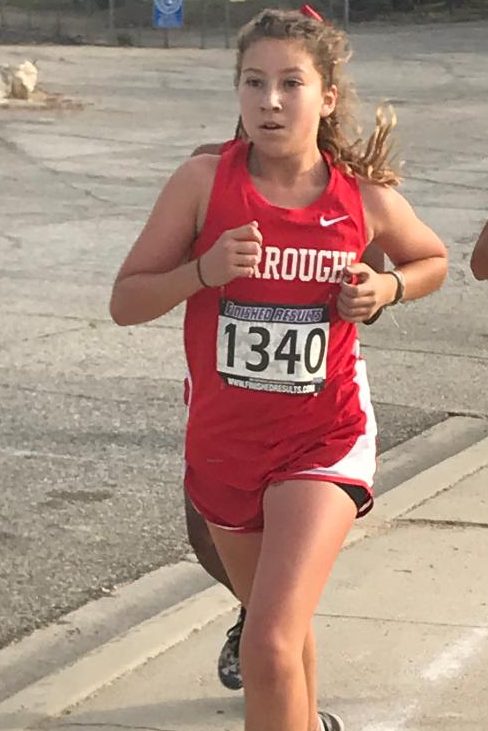 Burbank is coming off a fifth-place finish in the state in Division 1 with its boys’ team. But having lost many of its runners to graduation, the Burbank girls’ team appears to be the team to watch this season with a strong group returning.
Burroughs should be strong as its young and talented group of the past few years now has lots of experience under its belt.

For boys water polo, Burroughs has been placed in Division 4. Burbank High will compete in Division 6 if it qualifies for postseason play.

Sol Fernandez of Burbank High will be competing in Division 1.

The roots of a strong athletic program lie in the foundation of its principles. For Burbank Boys Water Polo Coach Kristina Garcia, it begins with discipline and structure and ends with character and sportsmanship. Beginning her first season as head coach of the Bulldogs, Garcia wants to see her program succeed in the pool not just in wins but with respect.

“I want to build a great program. I need discipline. As a classroom teacher, the first thing I focused on was discipline,” Garcia said. “I want to win. Here it’s not just about a ‘W’ in the book but it’s about being a respectful player; one who has character and plays the game the right way. From there we will stem the great athletic capabilities that we have.”

Garcia, a 2000 graduate of Glendale High School and former assistant coach at John Burroughs in 2006, came to Burbank as an academic teacher but immediately jumped at the opportunity to coach water polo when the position opened last spring.

“The program was a mess. I came to a program that was on the ground,” Garcia explained. “I was asked to build a new program. Although I know we can go far because of our athletic strengths, right now we are focusing on building a structured and cohesive team. Each athlete brings their own skill set.

“They are all friends in and out of the pool which is awesome too. They have respect, care and trust in each other.” 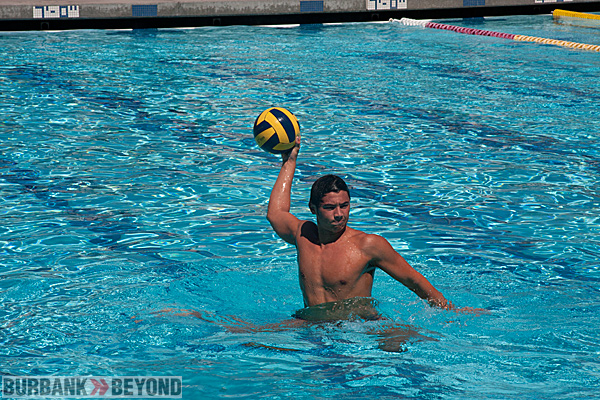 She inherits a team that returns six lettermen and three starters. Leading the way for BHS will be senior Zachary Card who plays club water polo for the Rose Bowl aquatics program in the off-season. As the co-captain, Card provides leadership, a great water polo IQ and a competitive spirit that Garcia hopes rubs off on his teammates.

“He is a great young man,” Garcia said. “He makes everyone around him better.”

Joining Card as co-captain is senior Sean Savoy who like Card plays utility for the Bulldogs. Since Garcia became coach, Savoy has shown the necessary qualities to become a leader.

Junior Derrick Baer will anchor down the goalie position. Garcia describes Baer as having “strong legs, great width and a good defensive attitude.”

Freshman driver Arthur Mheryan is small in stature at 5’7 but plays with a big heart and has gained immediate respect amongst his peers.

“He gives 100 percent effort every practice, he is smart and he is capable of playing against the big guys,” Garcia said.

Aside from overseeing the day to day operations of coaching, Garcia begins her 15th year as a water polo player. She currently plays on “Random Act of Kindness” in a co-ed program in the San Fernando Masters League.

“Water Polo has been my life since my freshman year in high school. I just love the sport. I’m really passionate about it,” explained Garcia, who is also the Burbank girls water polo coach. “I’m not all about being strong but more about being creative. Goalies know how to block strong shot. They don’t know how to block creative shots. That’s the kind of player I am. I’m teaching these boys how to do that as well. We focused on the fundamentals during the summer and we are ready to go.”

With the foundation of the BHS water polo program now in place, it’s time for the Bulldogs to construct and build a successful team that prides itself on pursuing victory with honor.