Burbank native Julie Adams was awarded the top prize at Metropolitan Opera National Council Auditions Grand Finals Concert. Along with four other grand prize winners, she was chosen from more than 1500 initial applicants from throughout the United States and Canada.

The Grand Finals Concert on March 31 featured the top nine singers, all in their twenties. Each competitor sang two arias with the Met Opera Orchestra. Adams received huge applause from the packed house. 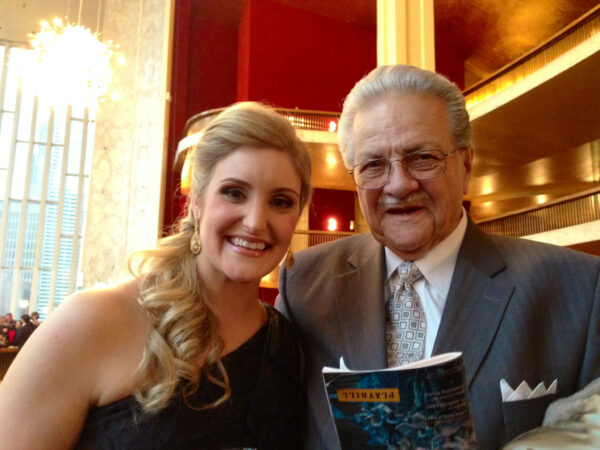 Soprano Julie Adams at the Metropolitan Opera House with her grandfather, Daniel Savant, and 80 year resident of Burbank. (Photo Courtesy of the Adams Family)

Adams “impressed me as the most mature of the winners with her elegant account of an aria from Debussy’s lyric cantata L’ Enfant Prodigue and an affecting performance of Mimi’s ‘Donde lieta uscì’ from Puccini’s La Bohème,” said Anthony Tommasini in the New York Times. “Her voice is rich, full and slightly earthy in an expressive way.” 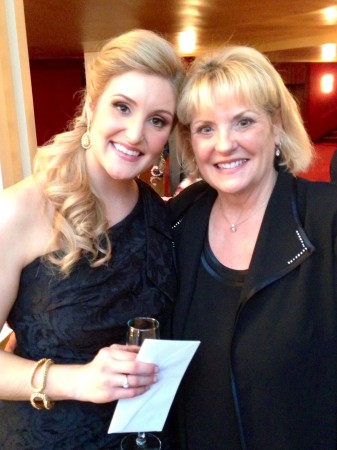 “Winning this competition was absolutely surreal. I am so honored and humbled to have had the experience that I did,” commented Adams. “[It] gave me great exposure to people in the opera world. Many agents, managers and opera companies were in the audience that day, and just to be able to sing for them was a dream come true.”

Growing up in a musical family in Burbank, she always loved to sing, Adams recalled. She started taking voice lessons in second grade.

“I sang in my second grade talent show, and have been singing ever since,” she added. “I was lucky to have gone to schools that have wonderful music programs.”

“Burbank is very lucky to have such wonderful music programs in their schools,” Adams also said. “I was really able to develop as an artist through my experiences in choir at John Muir and BHS.” 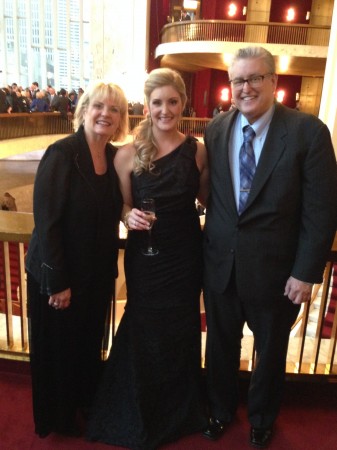 Julie Adams with her parents at the Met. (Photo Courtesy of the Adams Family)

The soprano has been studying with her teacher, Cesar Ulloa, for over six years. With his guidance, she chose four arias to prepare for the Met competition.

Adams credits regular daily practice for ensuring she was in peak form and comfortable with her performance selections.

“I am over the moon with excitement for my daughter,” commented Adams’ mother Lisa Adams. “As a mother, it is so rewarding to watch your child accomplish their dreams. I am beyond proud and thankful to all who have supported and brought her this far.”

Adams also recently won the 2014 Hennings-Fischer Competition held by the Burbank Philharmonic Orchestra. She will perform with the orchestra at Forest Lawn’s Hall of Liberty in May 2015.

At the end of May, Adams heads to San Francisco to perform in the San Francisco Opera’s Merola program, from June to mid-August. She will sing the role of Blanche DuBois in Andre Previn’s A Streetcar Named Desire. 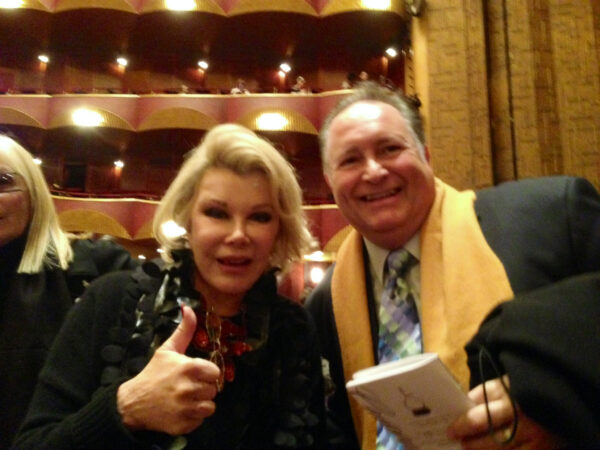 Joan Rivers with Cesar Ulloa, Julie Adams’ teacher, in the audience at the Metropolitan Opera. (Photo Courtesy of the Adams Family)

Saturday, November 9, 2013 at 8:00PM is the opening night gala of the Burbank Philharmonic Orchestra’s 23rd concert season! Steven Kerstein is the Music Director and Conductor.


“Fashion Meets the Phil “ – A special evening of music and fashion.  Solo Violinist Danielle Belen and selected musicians from the Burbank Philharmonic will be performing in gowns that are designed for this special evening by the talented student designers at Woodbury University.

The FREE concert will be held at the wonderful Ambassador Auditorium, 131 St. John Street in Pasadena at 8:00PM (click here for directions).  Parking in the adjacent structure is $10, and be aware of very limited on-street parking in the area.  No Instrumental Petting Zoo at this concert.

In an inspired program bringing together fashion and classical music, the Burbank Philharmonic debuts its 23rd season on November 9, at 7:00 p.m., with a free concert at Pasadena’s Ambassador Auditorium. Led by music director and conductor Steven Kerstein, the Philharmonic is comprised of area studio and motion picture soundtrack musicians. 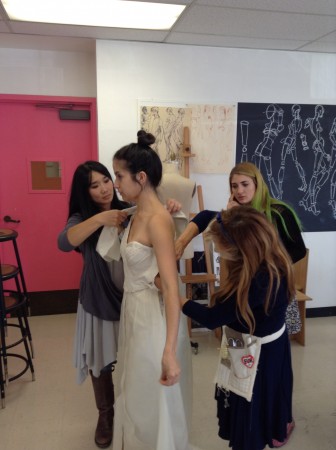 “From the beginning, we have been committed to providing world class music free of charge to the community,” says Maestro Kerstein. “But our outreach does not stop there. We support an array of programs, from our Musical Menagerie for young children and our annual Hennings-Fischer Young Artists’ Competition to invitations to dress rehearsals. ‘Fashion Meets the Phil’ is an extension of this tradition.”

The Woodbury seniors designed gowns that pay homage to French couture, so the Philharmonic selected music by French composers or inspired by France for the concert. “When Steve first asked me to play this concert and told me there was a collaboration with the fashion school, I jumped at the chance,” recalls Ms. Belen, who performed Tzigane with the San Francisco Symphony a few years ago and just recently with the Oregon Symphony. For her appearance with the Burbank Philharmonic, Ms. Belen wears two gowns, one for each piece.

“I absolutely love fashion and shows like Project Runway,” the violinist continues. “Woodbury has been very accommodating, listening to my ideas and suggestions. There is a fine balance in designing these dresses to have a modern edge and sense of the avant-garde, while taking into account practicality and the fact that ultimately I have to stand on stage and perform these difficult pieces on the violin – which is quite an athletic activity, may I say!” 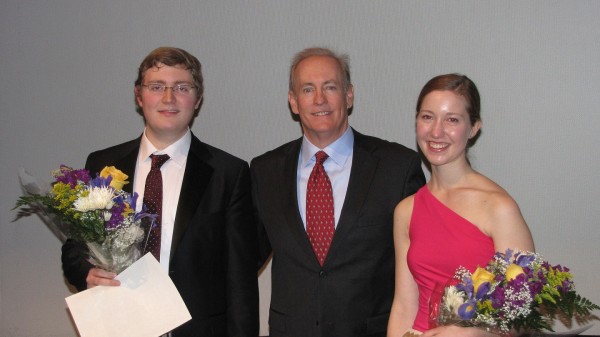 Mark your calendar for the Family Concert – April 20, 2013 at 7:30PM at the Forest Lawn Hall of Liberty in Hollywood Hills

BurbankNBeyond Photographer Deborah Dodge captured all of the fun and excitement of Burbank’s Official July 4th celebration at the Starlight Bowl.  Enjoy her incredible photography!

Every year, the Burbank Philharmonic delights the audience at the Starlight Bowl each July 4th with their performance before the fireworks show