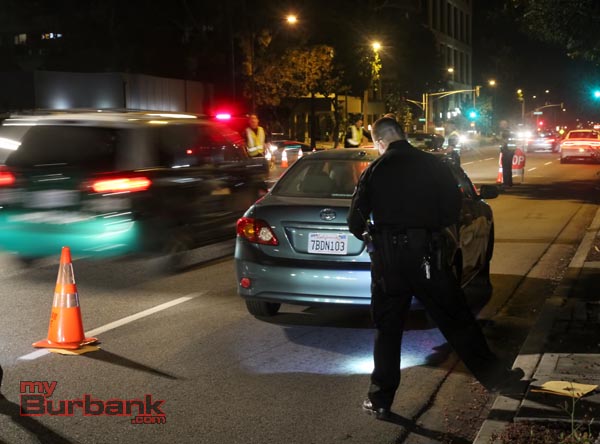 Burbank Police Traffic Officer Todd Fatta cites a driver for being unlicensed, before allowing his passenger to drive away from DUI checkpoint. (Photo by Ross A. Benson)

Burbank Police Department’s Traffic Bureau conducted a DUI Checkpoint on Olive Avenue at Kenwood Street in front of Warner Bros. on Saturday night. A grant from the California Office of Traffic Safety through the National Highway Traffic Safety Administration funded the checkpoint.

The checkpoint was operational from 9:00 p.m. to 2:00 a.m., and resulted in the following actions: 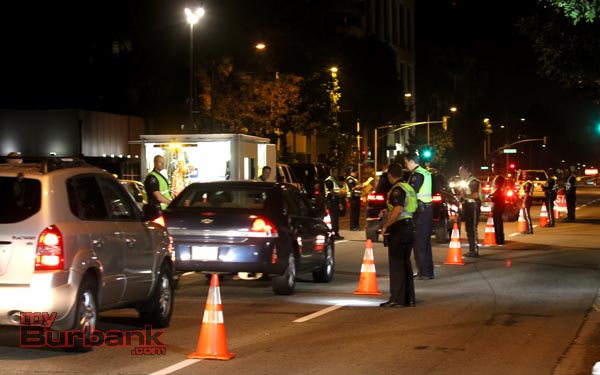 The Burbank Police have another DUI Checkpoint scheduled for Friday, August 23

Remember when you decide to drink to follow some of these simple guidelines:

AS A DRIVER, PLAN AHEAD WITH THESE TIPS:

Arrange rides home for your friends, family, co-workers and yourself before the drinking begins

Party hosts and servers must limit drinks to your guests or patrons. Don’t serve more than one or two over several hours.

Cut back on the amount of drinks you plan to bring to the party – and provide plenty of food. 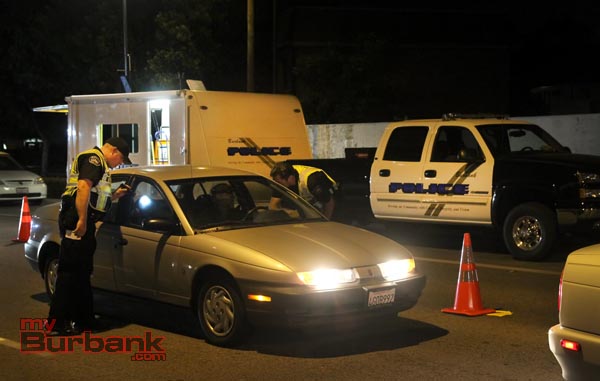 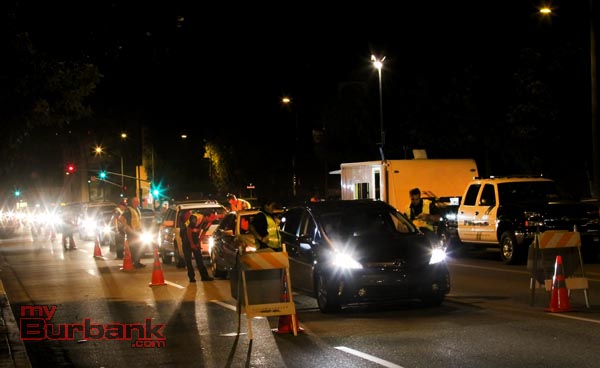 DUI Checkpoint Turns Out To Be ‘Not A Bust’ After All

Despite the fact that no one was arrested for drunk driving at the Burbank and Glendale Police Departments’ joint DUI Checkpoint on Saturday night, the special enforcement operation is still considered a success.

The checkpoint was held on Glenoaks Blvd. in Glendale, just south of Alameda Ave., between 9 p.m. Saturday and 2 a.m. Sunday.   During the operation, 1,051 vehicles heading north on Glenoaks Blvd. passed through the checkpoint. 1,021 drivers were screened for signs of driving under the influence.  Of those, six were detained and given a Standardized Field Sobriety Test.  No one was arrest for driving under the influence.

One driver was issued a citation for driving while unlicensed, and another was cited for a traffic infraction.   No vehicles were impounded.

The purpose of the operation was to raise awareness about the dangers of driving under the influence, to serve as a deterrent to driving while impaired, and to reduce the number of persons killed or seriously injured in alchol-releated traffic collisions, according to the police department.

“The Burbank Police Department remains committed to making Burbank a safer place to live and work,” according to Lt. Jay Hawver, who heads up the department’s traffic bureau.

The Burbank Police Department will be conducting a sobriety checkpoint on Saturday, December 15,  between the hours of 7:00 p.m. and 3:00 a.m. This operation will involve members of the Burbank Police Department’s Traffic, Patrol, and Reserve Officers. A grant from the California Office of Traffic Safety, through the National Highway Traffic Safety Administration, funds this checkpoint. 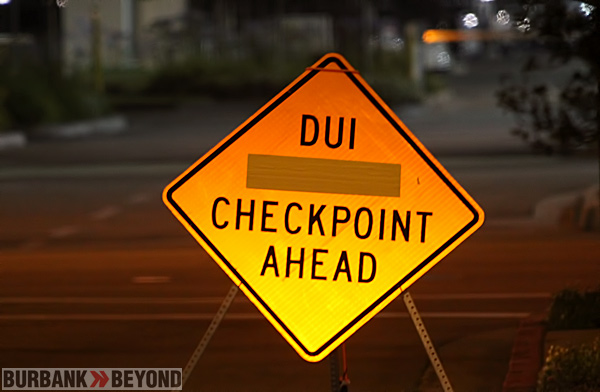 The purpose of this operation is to reduce the number of persons killed and seriously injured in alcohol-related traffic collisions and to reduce the amount of property damage caused by impaired drivers. A major focus of these checkpoints is to increase awareness of the dangers of impaired driving and to encourage sober designated drivers.

A DUI checkpoint is a proven, effective method for achieving this goal. By publicizing these enforcement and education efforts, the Burbank Police Department aims to deter motorists from drinking and driving.

Traffic volume and weather permitting, all vehicles may be checked and drivers who are under the influence of alcohol and/or drugs will be arrested. Our objective is to send a clear message to those who are considering driving a motor vehicle after consuming alcohol and/or drugs – Drunk Driving-Over the Limit-Under Arrest.

The public is encouraged to help keep roadways safe by calling 911 if they see a suspected impaired driver.