Burbank’s Magnolia Park district is home to a gem of a Chinese restaurant, Century Dragon, on Magnolia Boulevard. The small restaurant is tucked between a gas station and Garri Dance Studio but it serves up big flavors and bountiful portions.

Our family has eaten at Century Dragon several times recently. As we explore the restaurant’s rather large menu, some favorites have already popped up. 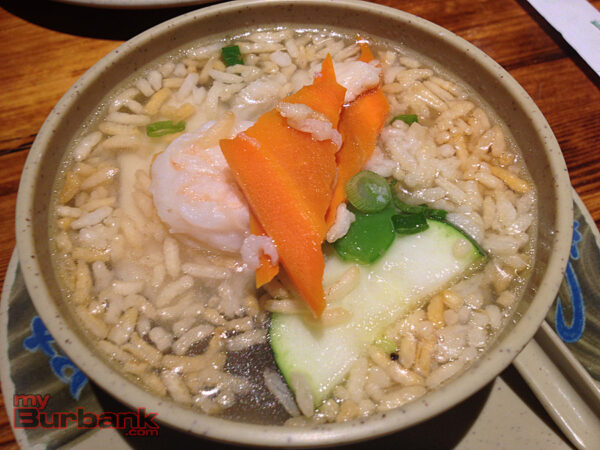 Both the Hot & Sour Soup and the Wonton Soup are delicious, but it is the exciting Three Flavors Sizzling Rice Soup that the family enjoys most. Clear, savory broth is loaded with fresh vegetables like mushroom, carrot, zucchini and snow pea, along with shrimp and chicken pieces.

The server spoons a mound of airy toasted rice puffs on top and the dish sizzles as the broth and the rice meet. Three Flavors Sizzling Rice Soup is a warm symphony of tastes and textures. 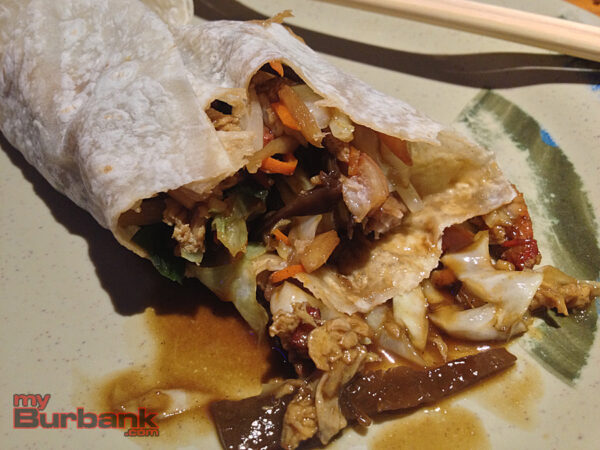 For the first time, we tried Pork Moo Shu – it was fantastic. The shredded pork and vegetable filling is served wrapped in thin crepe, like a Chinese burrito. A smoky, tangy Hoisin Plum Sauce is served on the side. We discovered that it’s better to wrap the crepe tight and not put it down until you’ve eaten the whole thing.

Another family favorite is the Sesame Chicken plate. Served with freshly steamed broccoli, the vegetables provide a nice counterpoint to the sightly sweet and saucy breaded chicken dish. 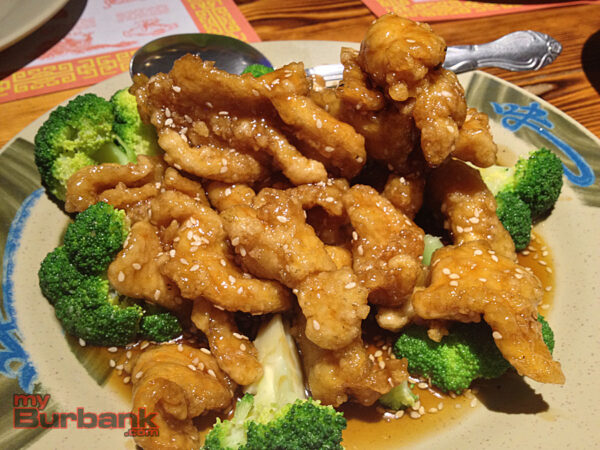 We also enjoyed the Kung Pao Shrimp dish, with a smoky and spicy sauce over chunky peppers and onions and roasted peanuts.

All items are served a la carte, and Century Dragon offers steamed white or brown rice or plain fried rice for a side. We enjoyed the lightness of the plain fried rice. Simple rice, with mixed vegetables and scrambled egg, is very lightly fried. The fried rice reminded me of the way most San Gabriel Chinese restaurants prepare fried rice – not greasy, very light, with lots of vegetables. 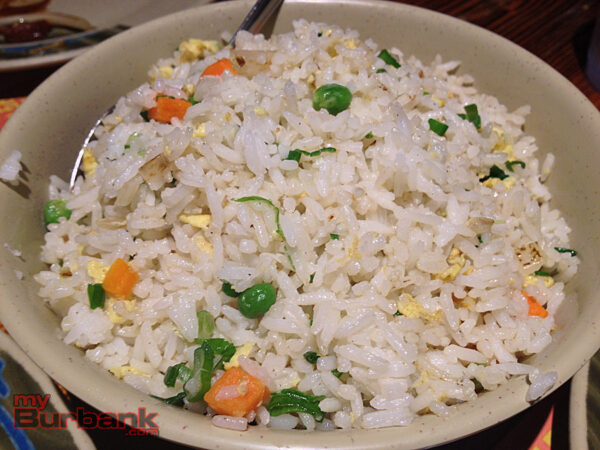 We have also enjoyed the Art of Dragon entree, a spicy sauteed plate of shrimp and chicken with vegetables in a special House Sauce. The Spicy Beef dish is also very popular, with tender cuts of meat. It can be quite spicy.

Magnolia Park’s Century Dragon has the best Chinese food in Burbank, we think. Service at this small, family-run restaurant is friendly and attentive. The restaurant is popular for dine-in and take out for lunch and dinner. Since it’s open until 9:30 every evening, it’s a great spot for a those looking to eat on the later side.

The restaurant also offers lunch specials between 11:00 a.m. and 4:00 p.m., Monday through Friday. While street parking is limited, there is plentiful parking behind the restaurant off the alley.