A pound of confidence has gone a really long way for the Burroughs High girls’ water polo team.

It seems after falling to perennial power Crescenta Valley 8-6 on Feb. 8 in the Pacific League championship, this has empowered the Indians to reach the CIF Southern Section Division VI quarterfinals after sideswiping visiting Walnut 13-5 in the second round on Thursday afternoon. 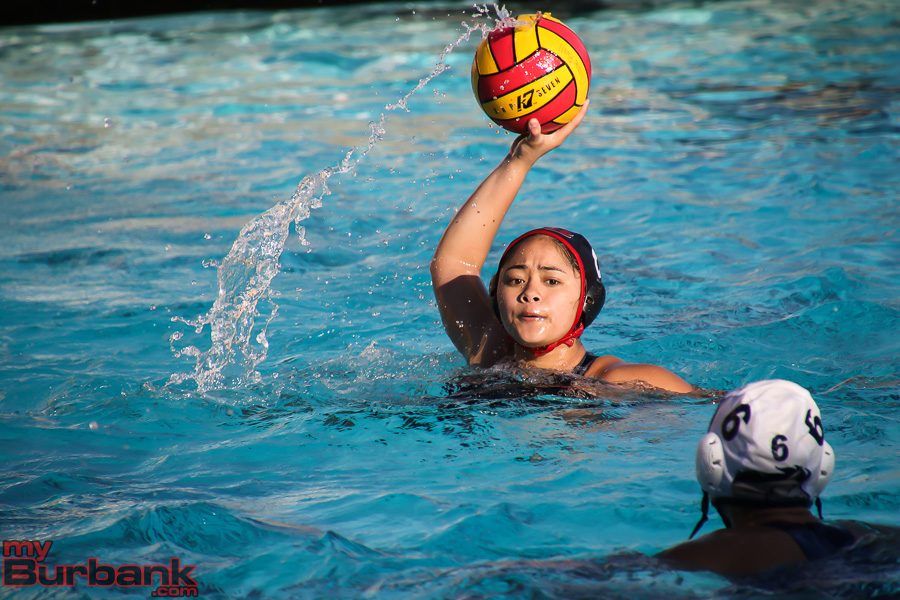 “That game versus CV just showed the girls that we are a force to be reckoned with,” Burroughs coach Jacob Cook said. “It’s really cool to see their confidence. This is the most confident they’ve been all season. They’re taking it to the next level.”

Behind the overall play of junior utility Aleah Orozco, who had a match-high five goals with four steals and junior attacker Brianna Meneses with three goals, the Indians (12-5) will now play Tustin on Saturday.

“I think honestly, because CV has been a really big rival of ours since forever, that we’ve always come after them and I really think that we came so close to them and that made us more confident,” Orozco said. 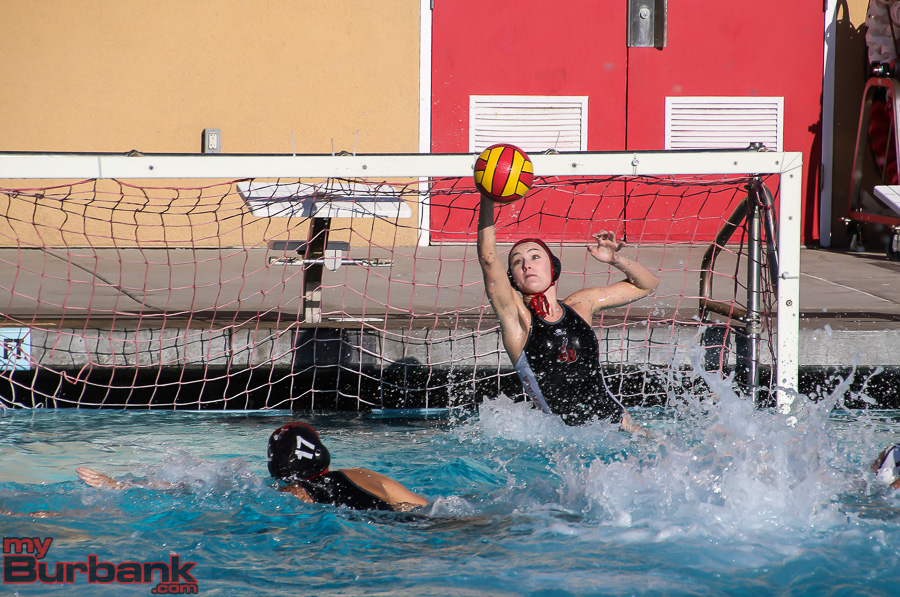 Junior Isabella Erickson and sophomore Emmanuella Nathan, the backup, were both outstanding in Thursday’s rout of the Mustangs. (Photo by Ross A. Benson)

Orozco added: “The confidence somehow turned a lightbulb in our head and caused our offense and defense to get better.”

“Nice balance of having a very good defense and then having scorers all around,” Cook said. “Our defense played a really tight press. They were playing in their face. They’re really confident.”

Burroughs, which lost to Crescenta Valley 11-6 in its first league encounter on Jan. 9, sprinted ahead 3-2 in the first quarter.

Turla’s eight-footer with an assist from junior goalie Isabella Erickson made it 1-0 with 6:01 left on the clock. 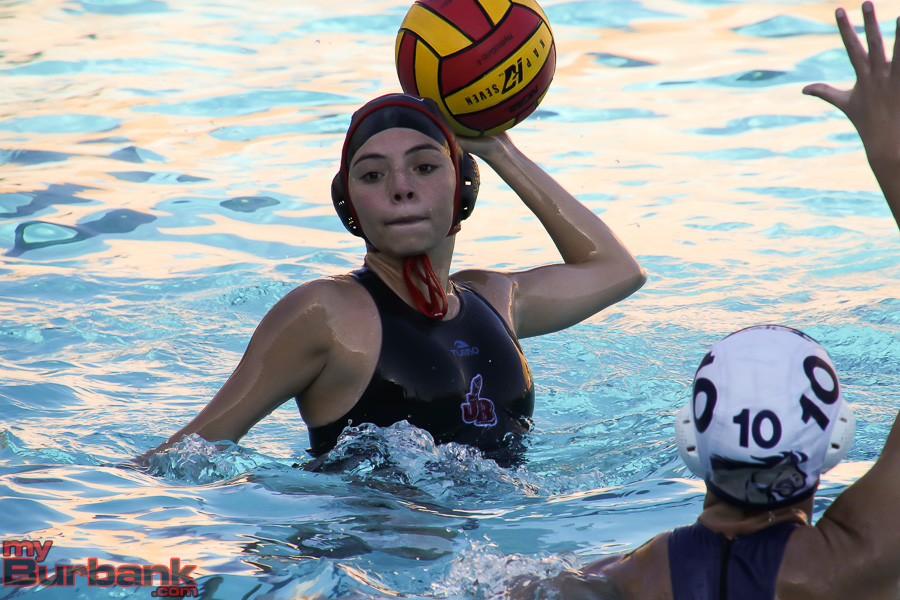 The Indians were sharp-shooters against Walnut, which lost 13-5 on Thursday. (Photo by Ross A. Benson)

When Flores found the back of the net on a 10-foot dart with Turla’s assist and 1:34 remaining, the Indians waltzed ahead 3-2.

Burroughs pulled in front 6-3 at halftime after Sanchez unloaded an eight-footer on an assist from Flores with 6:40 on the ticker that made it 4-2.

The Indians’ advantage swelled to 5-2 with 2:33 left in the second period on Turla’s 12-footer with an assist from sophomore goalie Emmanuella Nathan.

When Orozco scored on a five-foot blast with help from Sanchez and five seconds left, the lead ballooned to 6-3.

Sanchez scored on an eight-foot dagger with Turla’s assist that pushed the margin to 7-3 with 6:48 left in the third quarter.

Orozco scored from eight feet with 5:11 on the clock to make it 8-3 and Orozco then added a 10-footer with 4:32 left that made it 9-3 heading into the fourth period.

A tally by Orozco from five feet supplied the Indians a 11-3 edge with 5:51 showing.

Senior Kaitlin Garrett knocked in three goals for the Mustangs (13-13) and junior Paris Alvarado chipped in with two.

Garrett’s eight-footer with an assist from Alvarado and 1:24 left before the half cut the Indians’ lead to 5-3.

Alvarado’s five-meter penalty shot with 5:36 left in the match shaved the advantage to 11-4 and Alvarado’s six-footer with 54 seconds showing made it 13-5. 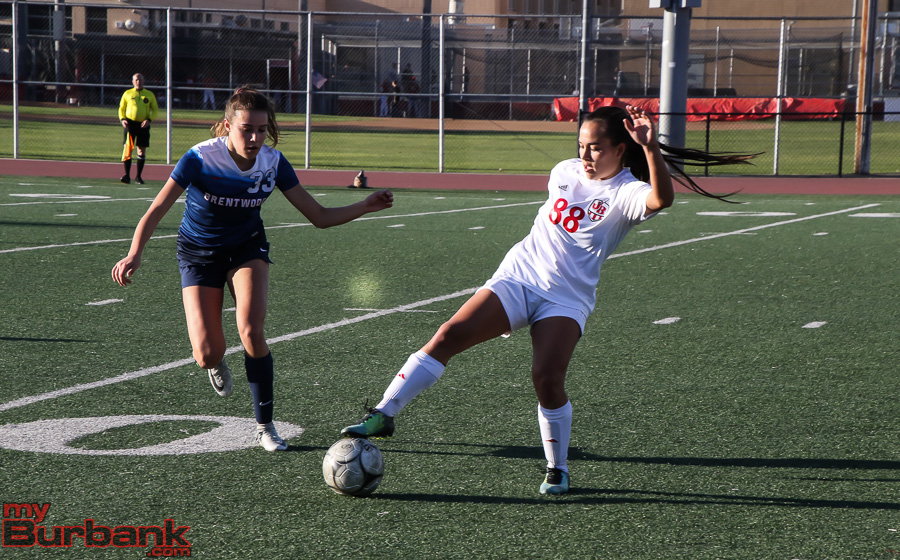 Catrina Villalpando gets her foot on the ball in a 1-0 win over Brentwood in a CIF Southern Section Division IV wild-card match. (Photo by Ross A. Benson) 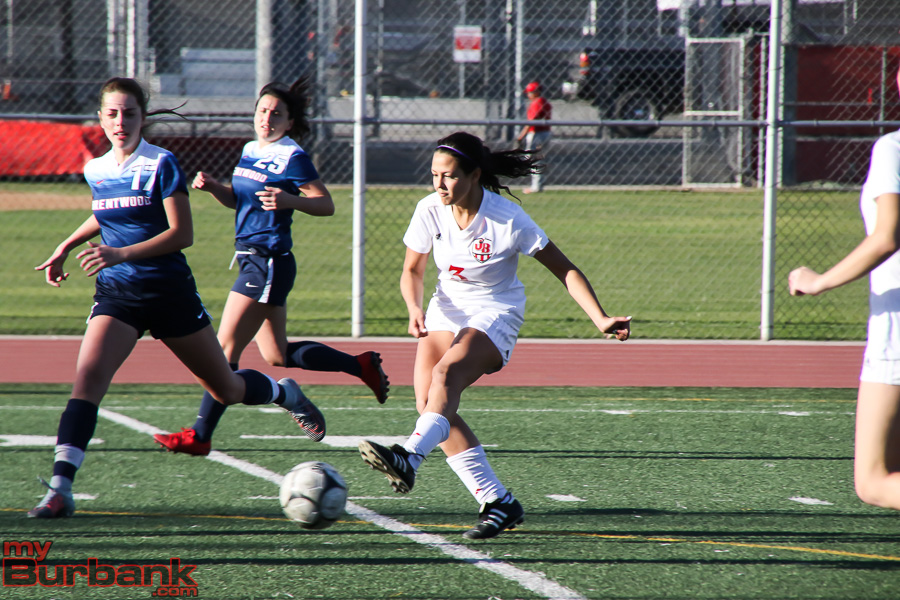 Sophomore forward Trinity Vournas moves the ball down the field during a wild-card triumph over the Eagles. (Photo by Ross A. Benson) 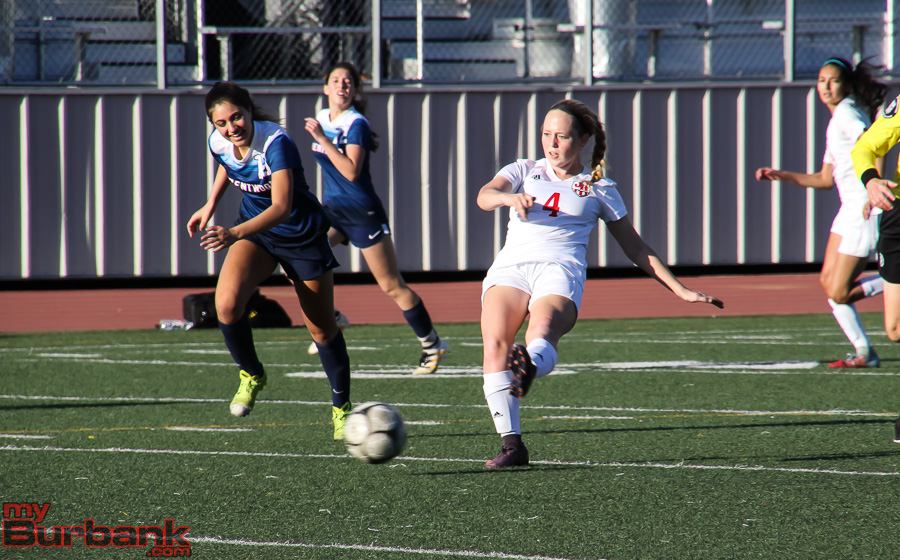 Olivia Cashman gets the ball rolling for the Indians, who knocked off visiting Brentwood in a CIF wild-card match. (Photo by Ross A. Benson) 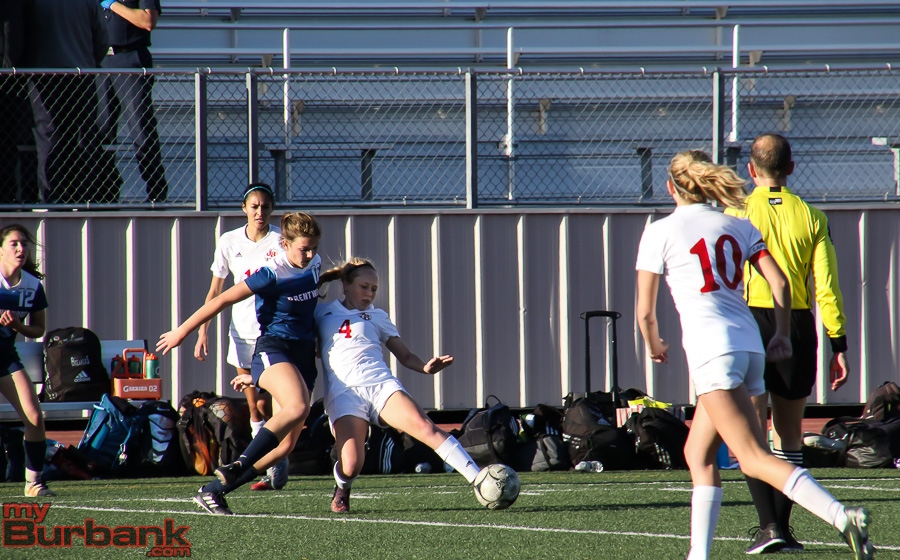 Olivia Cashman (#4) digs out the ball while Abbie Riggs (#10) is ready for the pass. (Photo by Ross A. Benson)