The Community Foundation of the Verdugos is currently accepting applications from graduating high school seniors attending Burbank public and private schools for the Gonzales Harris Bilingual Scholarship award. Three of these scholarships are given annually, ranging between $2000 and $6000 per award, depending on college/school attendance.

The scholarship is also open to college students attending an accredited community college, four-year college or vocational school, having graduated from a Verdugo region public or private school. A minimum overall 3.5 GPA and proof of U.S. Citizenship are required. The applicant must also demonstrate written and verbal fluency in both Spanish and English.

The student must submit a personal essay outlining the importance of education and contributing back to the community. The essay should refer to the student’s bilingual fluency and the benefits of being able to speak Spanish and English, including connections to cultural awareness and citizenship.

Graduating Spanish English Bilingual students in the Burbank, Glendale and Foothill communities are welcome to apply. The deadline for applications is March 7. For more information and to submit an application, visit the Community Foundation of the Verdugos website. Scholarship winners will be notified via mail by May 1.

The Phil Ellis Scholarship for business and related studies majors and the John Krikorian Scholarship for Journalism majors are also open to Burbank residents. More information on these scholarships and other awards for graduating high school seniors can be found online. 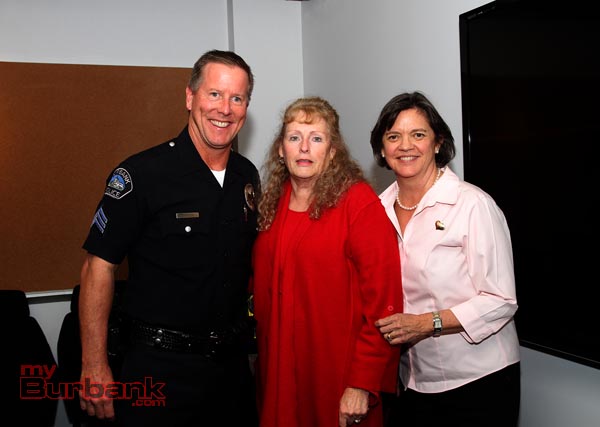 Members of the community came out to enjoy the Zita’s hospitality, including Police Chief Scott LaChasse and Sgt. Darin Ryburn of the Burbank Police Department and Bonnie Teaford from Public Works.

Rick Madrid from Paramount, Chris Ramos from the Family Service Agency and Edna Karinski from the Foundation of the Verdugos made an appearance.

Representatives from the Boys and Girls Club, the Burbank Center for the Retarded, the Family Service Agency, Warner Bros. Studios and local Burbank public schools also attended, among others. 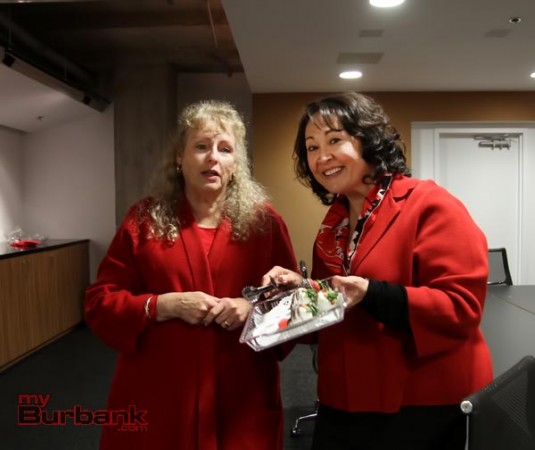 Zita Lefebvre and Edna Karinski from the nonprofit Community Foundation of the Verdugos. (Photo by Ross A. Benson)

“I am honored to call them friends. The City has been so amazingly helpful to us and Bonnie Teaford is so responsive and supportive,” commented Lefebvre. “Both the Police and Fire Departments include us in trainings and are our best neighbors.”

“Chris Ramos was here to represent FSA and accepted a check from Edna Karinski from the Foundation of the Verdugos, for a grant I wrote before Christmas,” said Lefebvre.

Cartoon Network funds the Art Therapy Program at the Family Service Agency, which Lefebvre calls “powerful and heart wrenching all at once.” 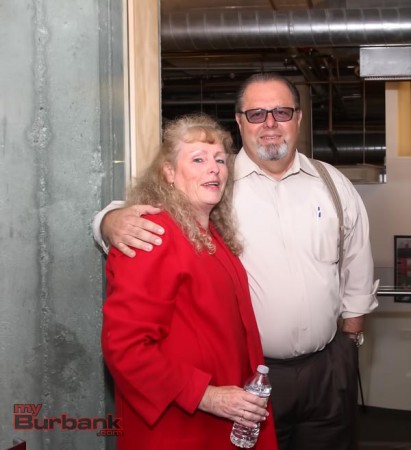 Marilyn Collins of Cartoon Network is also a member of the Board of the Burbank Center for the Retarded.

Lefebvre noted the studio tries to “help them in any way we can. We hope to host an art show with drawings from their clients later this year.”

Sherry DeLizia and Brittany Vaughn from Boys and Girls Club worked on a PSA with Lefebvre recently, with help from myBurbank’s Vice President and Chief Photographer Ross Benson.

Cartoon Network volunteers are nearing completion of the PSA which will be screened for the young Boys and Girls Club attendees when finished. 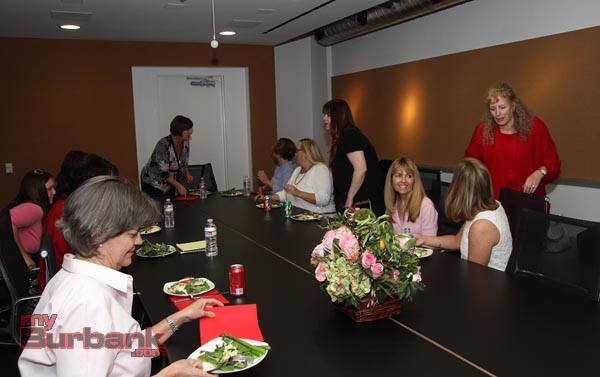 Lefebvre also talked about some of the projects and programs she organizes with local public schools and the Burbank Arts For All Foundation, in which studio animators, artists and production personnel work with children in creating animated shorts and PSAs. Additionally, Cartoon Network reaches out to support local agencies and schools needs, such as the recent planter built for disabled children access at Stevenson Elementary in a partnership with Lowe’s Home Improvement store.