Police received a call for the CVS at 1015 N. San Fernando at 5:35 am about a possible theft of beer that just occurred from the 24-hour store.

Upon arrival, police found a man out front of the store who was not wearing any pants and was holding a glass bottle in his hand. 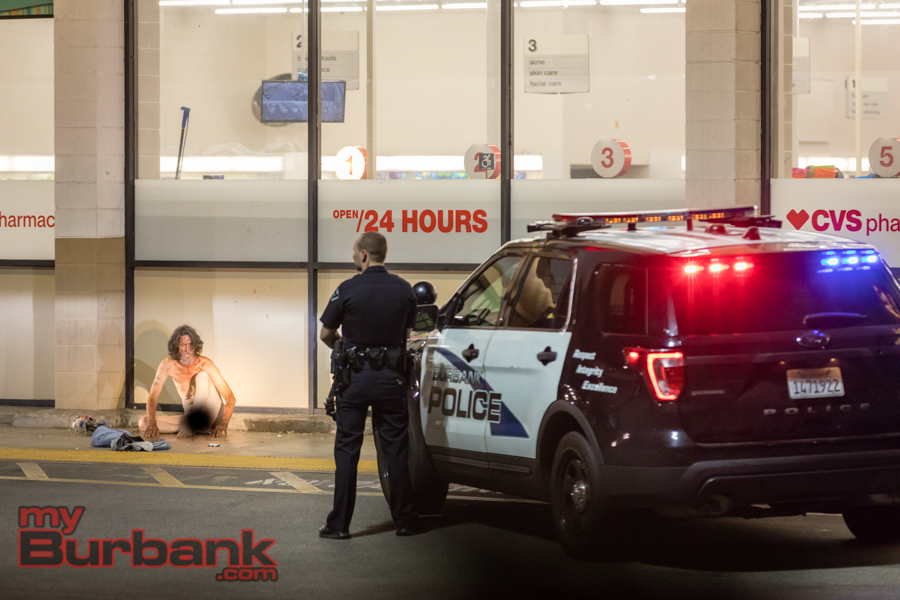 According to Sergeant Derek Green, Public Information Officer of the Burbank Police Department, “Police Officers gave orders to the suspect several times to drop the bottle, but he refused. The suspect then broke the bottle, maintaining his grip on a large piece of glass. He then advanced on the officers while holding the glass. Despite repeated orders to stop, the suspect continued. He then began throwing pieces of glass towards the officers.

In order to protect officers from physical injury, and prevent potential injury to the suspect and/or members of the public, police officers deployed and fired a blunt foam impact projectile, which struck the suspect in the rib cage. The projectile had its intended effect and momentarily stunned and distracted the suspect, allowing officers to safely approach and take him into custody.” 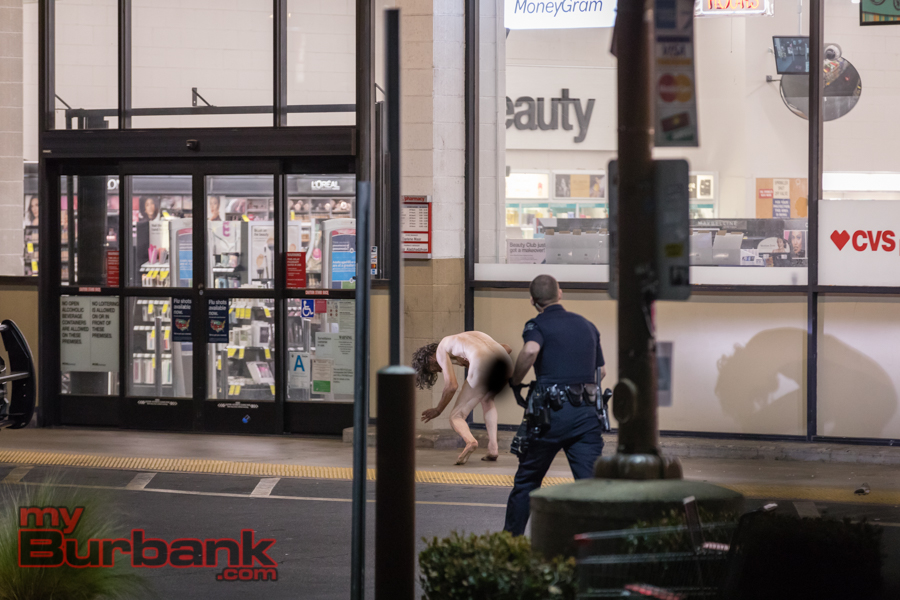 Green said that under Burbank Police protocol and procedures, the man, identified by police as 55-year-old Bryan Radford, was first transported to the hospital before being booked in the Burbank City Jail.

According to Green, Radford, who lists himself as a  transient from Burbank, was booked for brandishing a deadly weapon in a rude, angry, or threatening manner, in addition to resisting/obstructing a police officer and petty theft.

Burbank’s City Attorney’s Office filed one count each of these charges against Radford on October 31 who remains in custody on $26,000 bail and is due in court November 19. 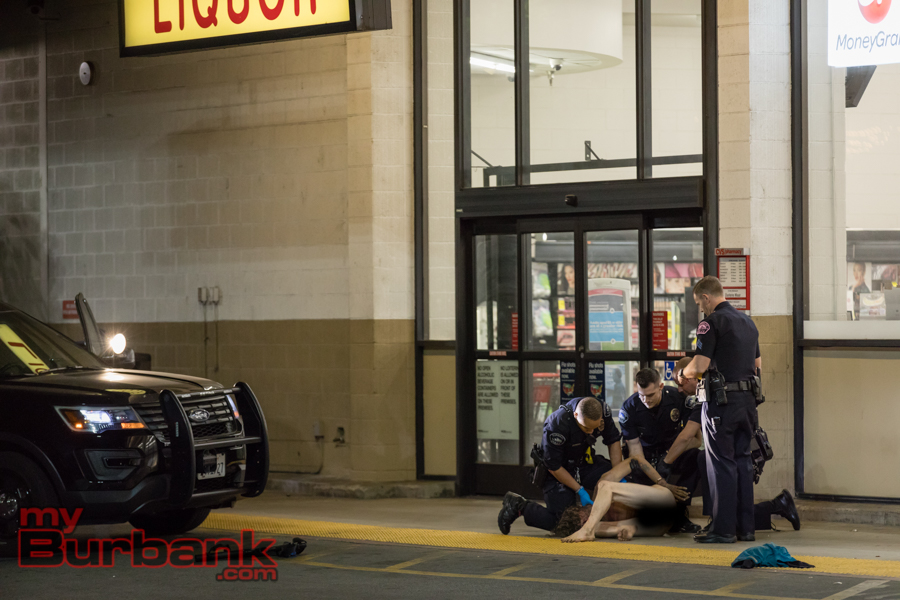 It has been almost 8 years since Michelle Obama has been able to go shopping at a local pharmacy, but come January she will be able to do that again.

Ellen DeGeneres decided to ease her back in to the process by taking her to the CVS on Hollywood Way and Verdugo. The two picked up some necessities like boxed wine and Halloween candy, good thing they got that extra cash from the Coinstar machine because they needed it.

Were the employees aware who was coming in to shop? A source told me that the store knew that the Emmy Award winning Daytime Talk Show host was coming with someone to tape the segment that aired today, but who that someone was, was a secret. Boy were they surprised when the Secret Service showed up with the First Lady.

They weren’t the only ones who were excited to see them, so were all of the customers, who very respectful of everyone and everything that was going on around them.

For those of us who weren’t there, now we can say we shop at the same CVS as Michelle Obama and Ellen DeGeneres.

On that note, how different did the Burbank store look with all of those camera angles? I almost didn’t recognize the place and I have been shopping there for 15 years.

Tune into The Ellen DeGeneres Show every weekday at 3p on NBC to see where she will be taking her show to next in our wonderful city.