Following The Magnolia Park Optimist Club’s event, Officer of the Year DAN TURPIN shared one of many events in his long career that may help us understand what has kept him going despite all the slings and arrows that he and other police officers face daily. 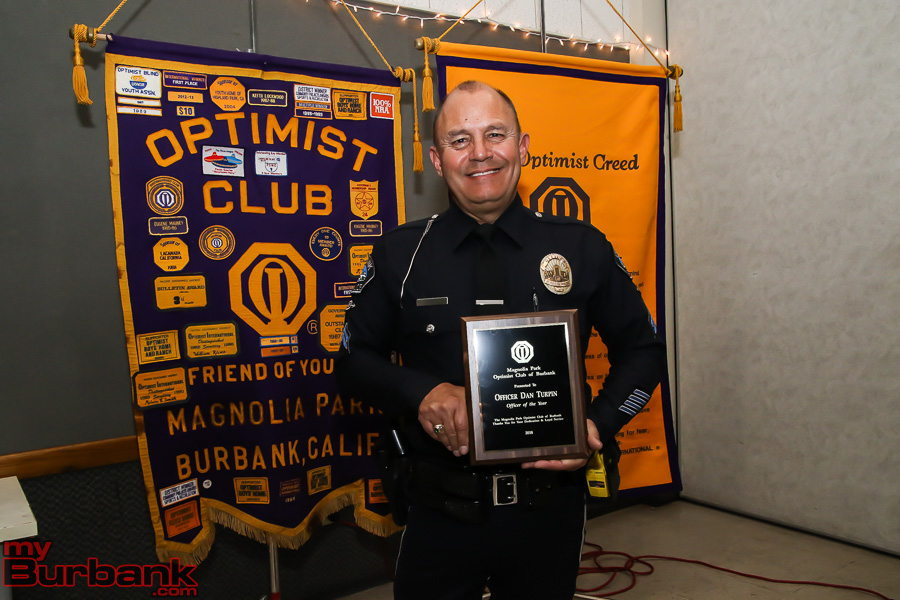 He remembered an incident about 20 years ago, involving some rambunctious teenaged “mall rats” along San Fernando Road.  “This kid and some of his friends were goofing around with a plastic gun, waving it around and pointing it at people.” But it looked like the genuine article to the alarmed citizens who alerted the police.  Officer Turpin quickly responded.  “Drop the gun!” he yelled, pointing a very real gun at the ringleader, who immediately dropped it, wide-eyed with fear, wondering what would happen next.

Officer Turpin could have arrested the teenager, but instead decided to give him a stern lecture.  “Just because you’re stupid, doesn’t mean you’re bad,” Officer Turpin explained.  “Me, you, we’ve all done stupid things.” It definitely seemed like a teachable moment.

Soon afterward, the boy’s father calls Officer Turpin and thanks him for deciding not to arrest his son. (No doubt, the lad had got another stern lecture in the meantime.)  Fast forward ten years, when a man in his mid-20s is visiting his hometown and happens to see Officer Turpin.  He thanks him for that long ago lecture crediting it for “making the difference.  At that point in my life, I could’ve gone either way.”

And that is one big reason why Officer Turpin has stayed on the force while others may have chosen to retire.  “Maybe once in awhile, you can turn a kid around.” 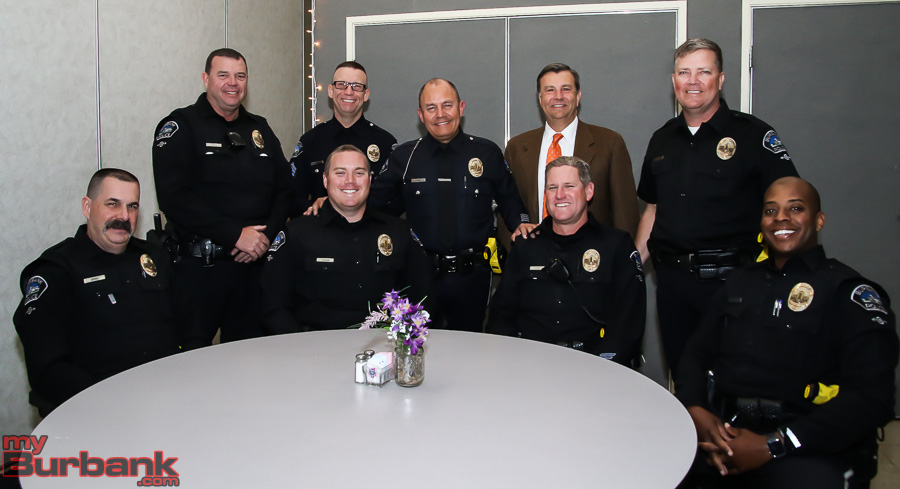 But a thought still nagged, in view of all the bad press the police had been getting. Officer Turpin didn’t shoot first and ask questions later.  At the risk of his own safety, he had given a young man the chance to cooperate.  But Officer Turpin brushed off any suggestion of heroism.  “When I joined the force I was already 35 with a wife, a kid and a mortgage.  I was able to bring some life experience to bear on the situation.”

Make no mistake: It’s easy to avoid danger, as the distressing news out of Florida has reminded us.  And it’s easy to pull the trigger at the first sign of danger, something a lot of us would do reflexively.  But to protect the public while honoring the rights recognized in the Constitution, to avoid unnecessary bloodshed at the risk of your own blood being shed—that’s heroic. 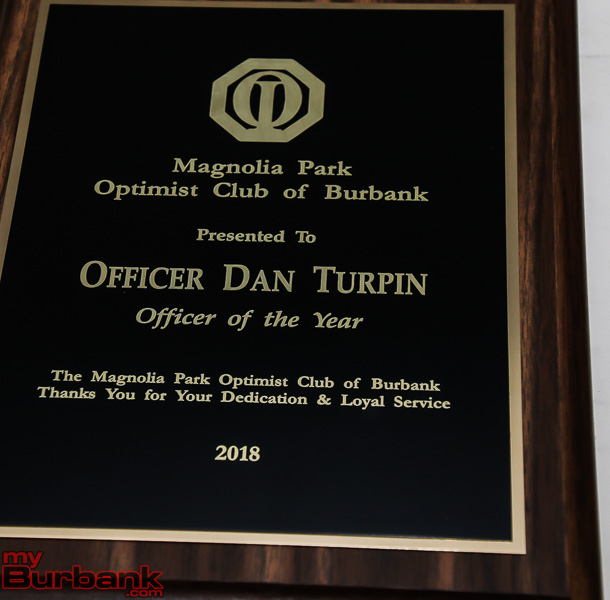 The Burbank community can be thankful that Officer Turpin has remained with the Burbank Police Department long enough to train and influence an upcoming generation of officers, who in spite of everything, have chosen “to serve and protect.”