This month, the Burbank Police Department is joining with law enforcement throughout California to bring awareness to distracted driving.

Ten years after “hands-free” laws were put into place to improve safety on the road, there has been a decrease in accidents caused by distracted drivers using their cellphones. However, distracting driving continues to be a major reason for accidents.

“California’s distracted driving laws have been saving lives for a decade now. Every day, somewhere in California, someone is sitting down to dinner with their family who wouldn’t have made it through the day without these laws on the books. That’s tremendously gratifying,” said former State Senator Joe Simitian, author of California’s hands-free and no-texting laws.

April has been declared to be “Distracted Driving Awareness Month,” with the first week as “California Teen Safe Driving Week.”

April 5th and 13th will be the two dates on which police throughout the state will increase enforcement for no-texting traffic safety laws. Through grant-funded resources, additional BPD traffic officers will be monitoring parts of the city where accidents are more frequent. Drivers observed to be on their phones will be ticketed, and a citation of $162 will be given to first time offenders.

For prevention of such accidents, police want to make drivers aware of safe alternatives to using their phones while driving. Police have provided options, such as designating a passenger who can respond to texts or calls on the driver’s behalf. While on the road, drivers can also find a safe place to park to make a phone call or send a message. To avoid the temptation of using their phone altogether, drivers are encouraged to put their mobile device in the backseat or the trunk.

As construction continues on the Burbank Town Center, a new Tesla Supercharger station has opened nearby on the top of a parking garage at 495 North Third Street. The station is one of the largest in the country, with 20 public-access stalls at the rate of $0.20 per kilowatt hour. 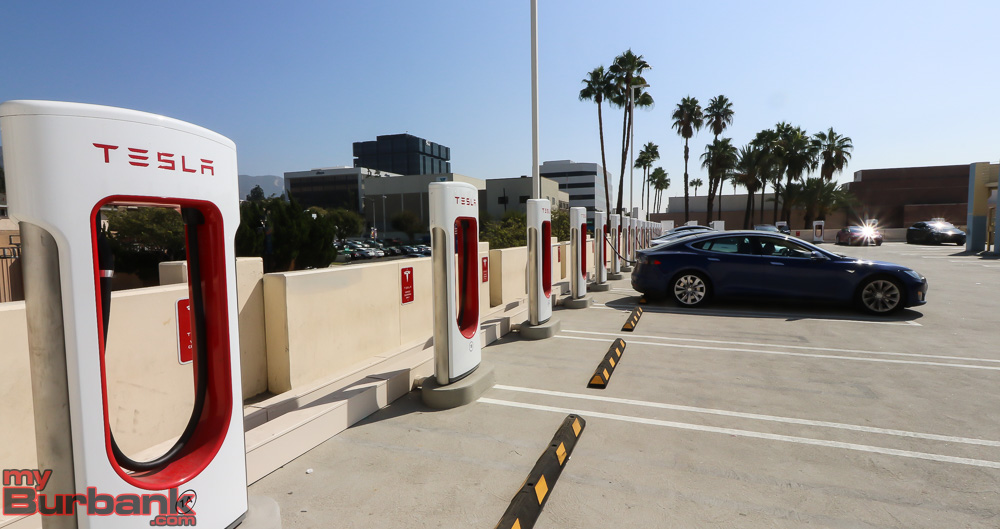 Superchargers allow both the Model S and Model X to be fully charged within minutes, making it an efficient option for Tesla owners.

Although the American automaker has not widely promoted the most recent Burbank Supercharger station, the Tesla website provides a statement on the capabilities of such charging stations:

“Superchargers deliver energy rapidly, and gradually slow down as the battery fills. Your vehicle automatically alerts you when it has enough energy to continue the trip and with the extensive network of Superchargers along popular routes, charging above 80% isn’t typically necessary.”

Only a half-mile away from the new location, Burbank’s first Tesla Supercharger station opened in 2015 at 811 South San Fernando Boulevard. However, since it only has 6 stalls, drivers often have to wait for an available stall to open.

“The stations are pretty amazing. It actually makes it enjoyable to travel, because you’re going to stop in places you normally wouldn’t stop,” said Jerry Vandelay, nearby resident and owner of both Model S and Model X. 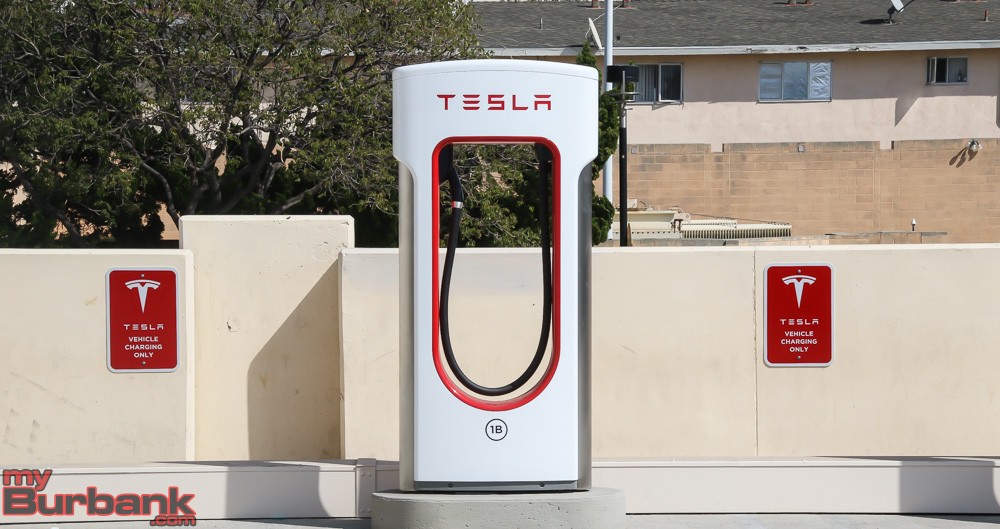 The newest charging station is attracting both locals and non-locals alike, as it offers as a convenient rest stop for tourists and others traveling through Burbank.

“I only use them on road trips which is nice, with anything over 4 hours. They’re always in pretty good locations, and there’s usually a lot to do when you stop,” said Vandelay.

Located near Barnes & Noble, Starbucks, California Pizza Kitchen, an entire food court, and the rest of the mall, there are plenty of places for Tesla drivers to occupy their time while waiting on their car batteries to charge.