The Burbank-Glendale-Pasadena Airport Authority has released the Final Environmental Impact Report (FEIR) on the proposed 14-gate Replacement Terminal at the Hollywood Burbank Airport. The document examines the potential environmental impacts that a 355,000-square-foot Replacement Terminal might have on the surrounding community and identifies mitigation measures to lessen those impacts. A special commission meeting to consider certification of the FEIR is scheduled for Monday, July 11, 2016, at 9 a.m. in the Airport Skyroom. 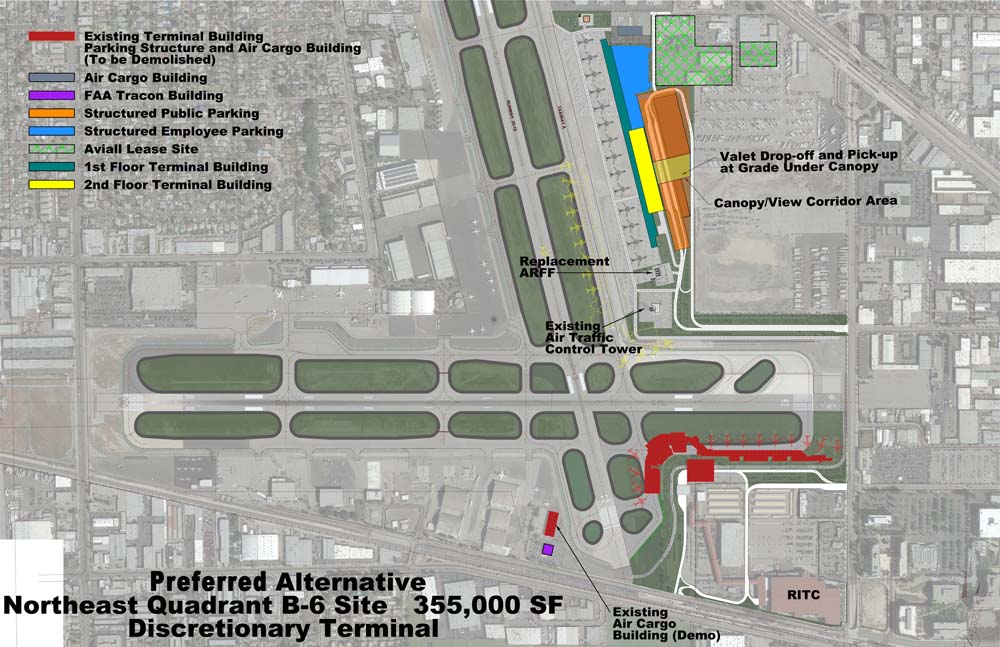 The FEIR examines three development options to replace the existing 14-gate, 232,000-square-foot passenger terminal which is located too close to the runways, and portions of which were built in 1930 and do not meet current earthquake design standards. The preferred option is a 355,000-square-foot replacement terminal on the B-6 Adjacent Property, located in the northeast quadrant of the Airport, off of Hollywood Way and Winona Ave. The existing terminal would be demolished after the replacement terminal is opened.

The FEIR forecasts an increase in enplanements and operations by 2025, but it does not attribute this growth to the proposed project, since the replacement terminal would not increase the number of gates or lengthen Airport runways. The Airport currently operates well below the number of passengers it accommodated between 2006 and 2008, and the FEIR does not project that such a level of activity would occur again within the study period, regardless of whether or not a replacement terminal is built.

Additionally, the FEIR forecasts that the impacts of each of the three development options would be generally the same or similar to the impacts that would occur under the “no project” alternative. These impacts would be related to the relocation of the terminal, not to the increase in aircraft operations or annual passengers.

The FEIR can be viewed online at www.BURreplacementterminal.com. Copies of the FEIR are available for public viewing at Burbank, Glendale, and Pasadena City Halls; the Buena Vista, Central, and Northwest Libraries in Burbank; the Glendale Central Library; the Pasadena Public Library; Valley Plaza Library in North Hollywood; and the Airport Authority offices.

On July 7, 2016, the City of Burbank Planning Board will consider the FEIR, Development Agreement and minor Planned Development amendments for the 14-gate Replacement Terminal. The Burbank City Council public hearings on the project are scheduled for July 25 and July 26. The Authority seeks a November 8, 2016, Measure B election.