The battle over bragging rights along Glenoaks Boulevard actually took place on Glenoaks for a change Friday night when Hoover High visited Burbank, which played an on-campus game for the second consecutive year.

The Bulldogs were once again successful on their home turf, as they defeated the visiting Tornadoes 44-26 in a contest that had many delays due to a number of penalties on both sides. 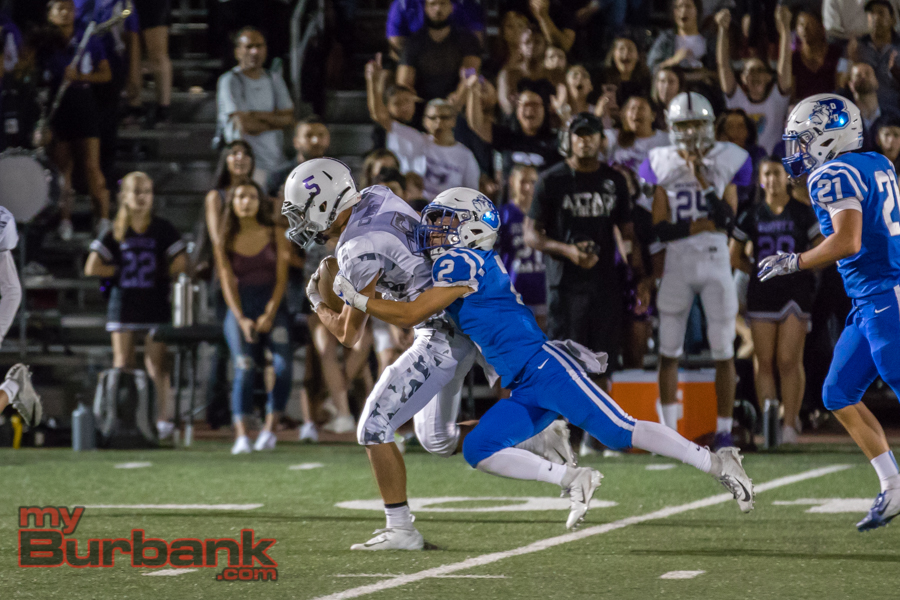 “It actually feels like a home game. There’s actually some buzz. It isn’t an empty stadium,” Burbank coach Adam Colman said. “We came out strong in the first quarter, which is what we needed. It’s good to get that momentum going into league.”

The contest got heated at times and the intensity was reminiscent of a rivalry game.

“It is what it is. Sometimes things get heated. They’re building something there at Hoover and they’re trying to get on the winning track and get that big statement win,” Colman said. “I thought they (Burbank players) did a good job of keeping their composure for the most part. We’ve got a big game next week and we don’t want guys missing.”

Burbank (2-2), which plays Arcadia in a crucial league contest next week, jumped out to a 30-0 lead and cruised the rest of the way. The Bulldogs led 44-12 at halftime.

Sophomore Max Mendieta opened the scoring on the third play from scrimmage by running in from a yard out. 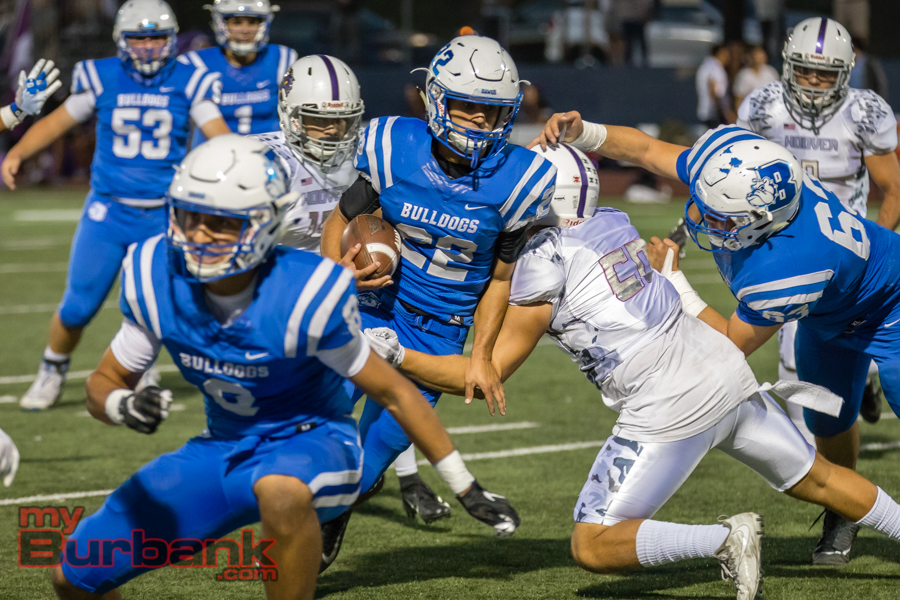 Mendieta finished with nine carries for 142 yards and three touchdowns.

Burbank starting quarterback Matthew Porras completed six of nine passes for 100 yards and three touchdowns. He did not play in the second half.

Receiver Erik Harutyunyan had three receptions for 66 yards and a pair of touchdowns.

Duncan Smith had two receptions for 38 yards and scored on a 27-yard pass from Porras.