Cybersecurity 101: Protect Yourself Against Hackers & Cybercriminals with Scotch Wichmann.

With new data breaches reported every week, how can you protect yourself against hackers, phishers, and other cybercriminals eager to exploit your personal data? Cybersecurity 101 will answer this question and more.

Active in cybersecurity since 1985, Scotch Wichmann has served as a senior consultant, hacker, writer, and speaker and both startups and Fortune 500 companies alike. A certified FBI Infrastructure Liaison with a M.S. in Cybersecurity from the University of Maryland, Scotch studied cryptography at Stanford, risk management at Texas A&M, and holds CISSP, CISM, and Certified Ethical Hacker (CEH) security certifications. A Burbank resident, he currently works as an on-demand Chief Information Security Officer (CISO) for companies in Los Angeles.

More information can be found on the event calendar at burbanklibrary.com or call 818-238-5620

“From the beginning, our mission has been to make great works of music accessible to everyone, which is why we have never charged for admission,” commented Music Director and conductor Steven Kerstein, who founded the Burbank Philharmonic in 1991. 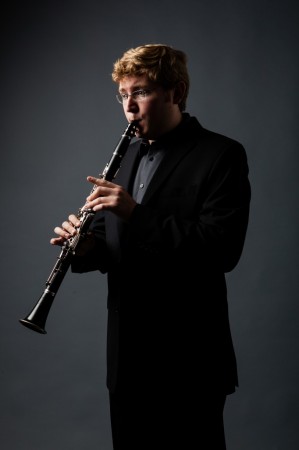 “But we are equally committed to helping not only those members of our community who love to attend concerts but those who make them happen,” Kerstein continued. “The Hennings-Fischer Young Artists Competition is one very important way we achieve this goal.”

“It was thrilling to win but completely unexpected,” commented Morris. “The first winner Steve [Kerstein] announced was Elizabeth Beilman – who was my girlfriend then and is now my fiancée. I was ecstatic that she won.”

“At that point, of course, I had also completely resigned myself to not winning the competition,” Morris continued. “But then, Steve explained that the jury had decided to choose two instrumental winners that year.”

Beilman will wear a gown decorated with Swarovski crystals and designed especially for this concert by college student Angie Ortiz, as part of the “Fashion Meets the Phil” project through Woodbury University’s Department of Design. 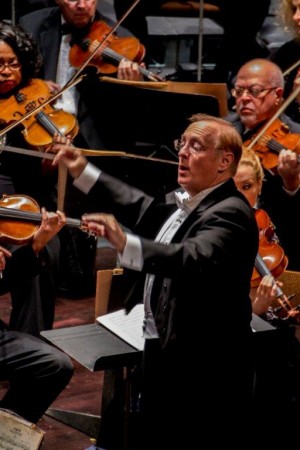 “We are performing the Smetana Moldau in tribute to the late Dr. Milo Pelc, who was one of the founding members of the board of the Burbank Philharmonic Orchestra,” said Kerstein. “He was also a very notable conductor in the Czech Republic and was one of the top conductors in Hollywood for many years. We will miss him greatly.”

The festivities begin at 6:30 p.m. on Saturday with an instrumental petting zoo outside Forest Lawn’s Hall of Liberty. The concert begins at 7:30 p.m. Admission and parking are free. Print out courtesy admission tickets here. For more information on the Burbank Philharmonic Orchestra, visit their website.