Burbank firefighters were dispatched at 11:05 Thursday night to a report of a garage fire in the 1900 block of Hilton Drive. 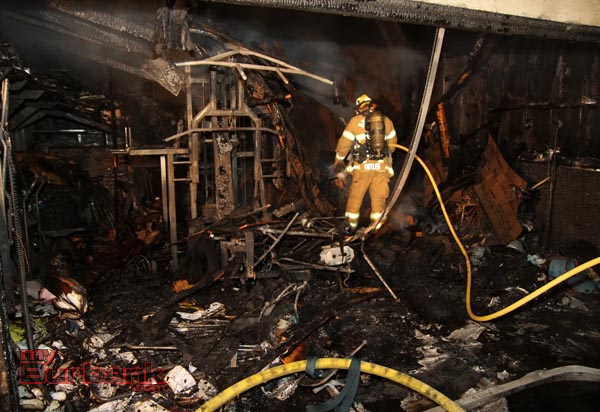 Upon arrival they found an unattached garage on fire with exposures to other structures on the side.  Quick action by the crew of Engine 16 quickly knocked down the flames without seeing an damage to any of the other structures or homes.

A fire investigator was called to the scene and has still not determined the cause. 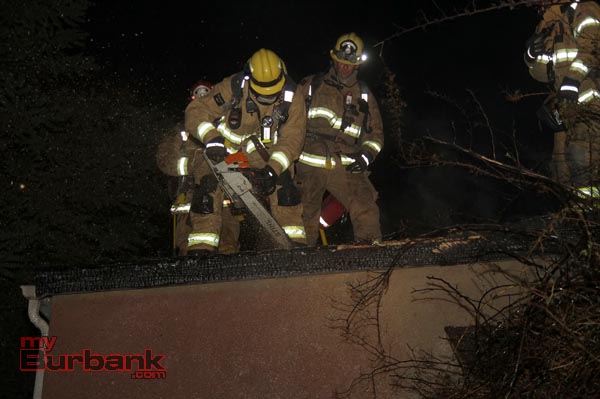 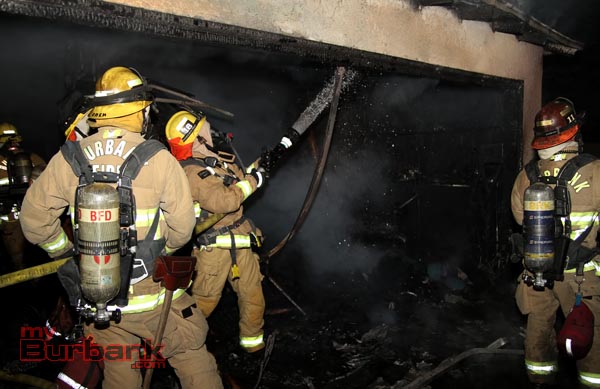 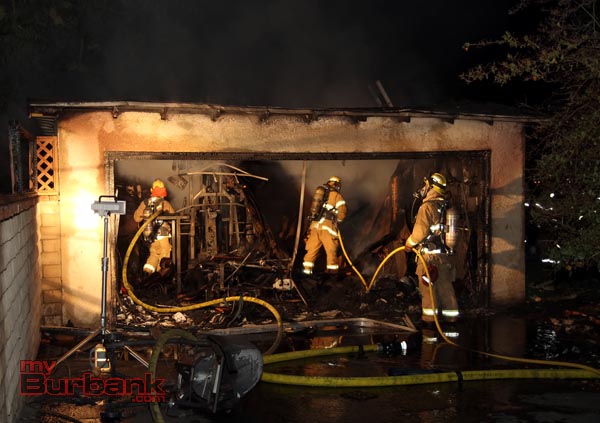 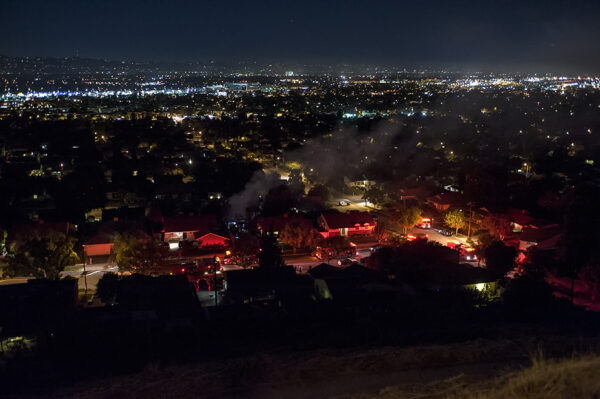 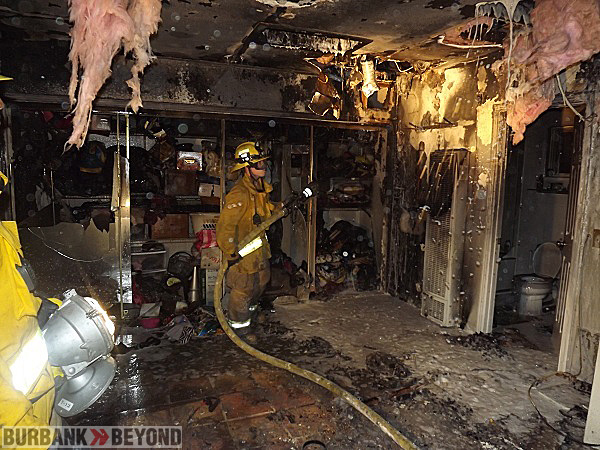 At 8:03 P.M., Burbank Firefighters responded to a report of heavy smoke coming from the garage to the rear of 620 N Griffith Park Drive. Engine 15 was first on-scene and reported smoke showing to the rear of the address.  Upon making entry to the garage, a small flash-over occurred.

The garage, which was converted to a living area, was well involved with fire which also extended into the attic. Battalion Chief Eric Garcia was in command of the operations during the fire which took about 20 minutes to knockdown, mostly because of the stubborn fire in the attic. 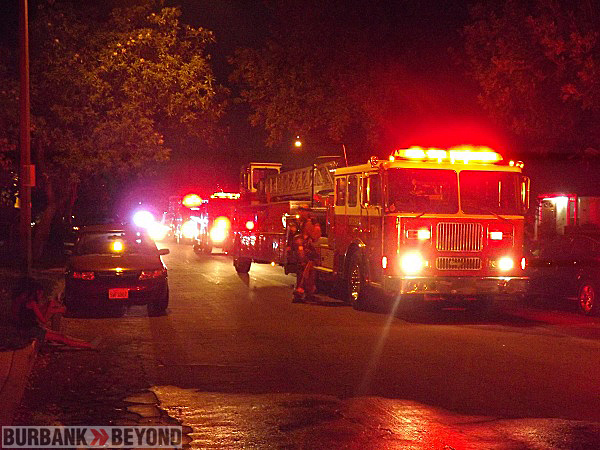 Burbank firefighters responded in force to put out a fire in a garage that was converted into living quarters behind a residence in the Rancho area.   (Photo By Nick Colbert)

No firefighters or civilians were injured, but one dog perished in the blaze.  As a result Burbank Animal Control was called to the scene to assist with removal of the dog.

The cause of the blaze has not yet been determined but the estimated damage was $80,000 to the structure and $40,000 to its contents. 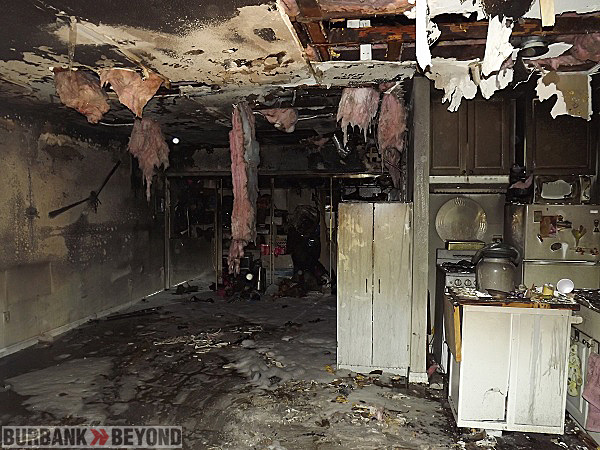 The home owner at 1019 Hamline Place can thank an alert citizen on Howard Court  for calling the fire department after he spotted smoke when he looked down the hill from his residence.

Burbank fire units received the call at 1:49 p.m., and found a two-story house on Hamline Place with fire showing in the garage.  The resident was out on the front porch of the home.  Firefighters quickly laid lines to extinguish the fire while paramedics treated the victim for what appeared to be smoke inhalation.

Although the garage was located below the residence, firefighters were able to keep the fire from the second floor.  No one else was in the home at the time of the fire, and the resident told firefighters that there were no pets in the house.