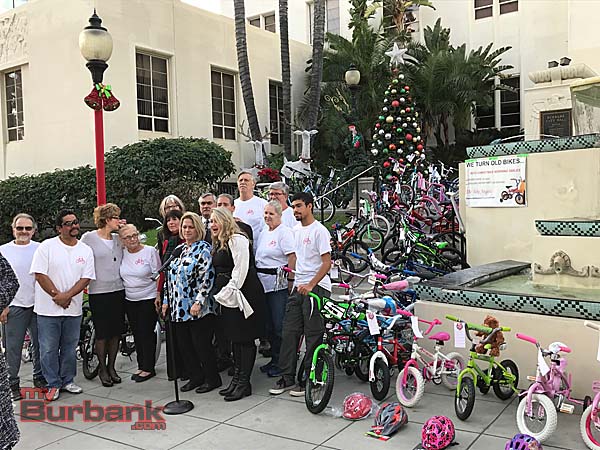 Every year, the Bike Angels volunteer their time to restore used bicycles to provide for kids who come from less fortunate households.

The program has expanded over the years, supplying over 200 bikes every holiday season through various local non-profits, such as the Salvation Army, Family Service Agency, the Boys and Girls Club, and Penny Lane. Partnering with the Burbank Police Officers Association has provided new bike helmets, encouraging safety throughout the community. With the help of the Fire Department, bikes are transported around town.

Elaine Pease, Director of the Burbank Bike Angels, recounted the story of when she started the program a decade ago. Originally, the program only restored a few bikes at a time. 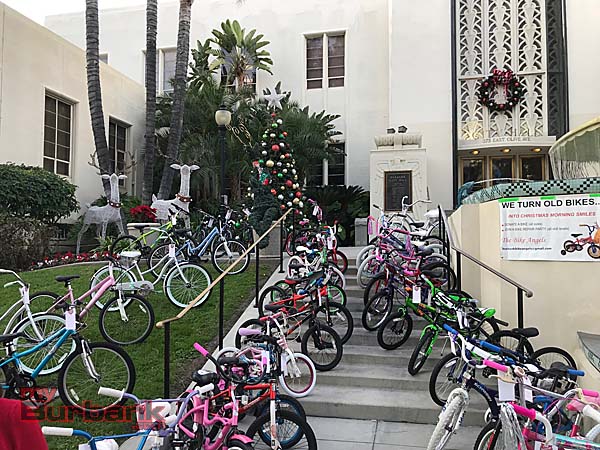 “Ten years ago, around Christmastime, there were a few tags left on the Salvation Army Christmas tree and they were for bikes. It happened to be at a time when the economy was very bad, and I thought these poor kids will never get bikes,” said Pease.

“I knew some people who could fix bikes, if I could get used ones we could fix them up and make them look nice. The idea just took off, and every year we got requests for more and more.”

Several volunteers were in attendance as City Council members voiced their appreciation for the selfless work of those involved with the program.

“About 8 years ago, the Bike Angels sent out a flyer to my middle school and I thought it might be fun,” said Alexander deCruz, a volunteer. “I started showing up, and learned how to clean bikes and repair them. I’ve met so many great people. I’ve been coming back ever since.” 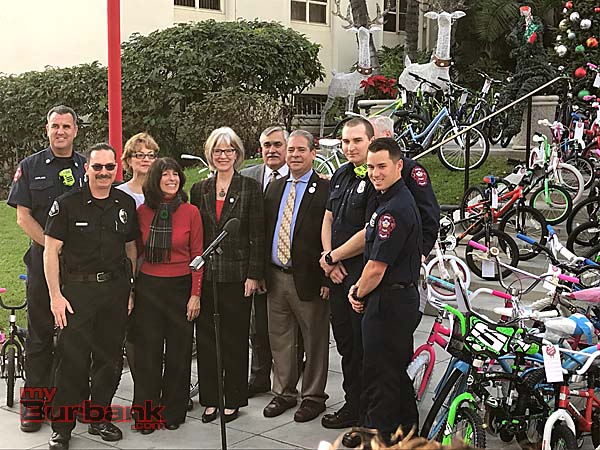 Mayor Emily Gabel-Luddy, who has been in City Council since the Bike Angels began, is grateful such a group exists in the community.

“It is one of those events that bring a lot of our community together in support of kids who otherwise don’t have any opportunity to get a bicycle,” said Mayor Gabel-Luddy.

“If there’s one thing I can say about Burbank, it’s that when folks hold together, that is the reward to everyone who lives here, that brings a smile to a child’s face.”

Throughout their 10 years, the Bike Angels have restored more than 1,700 bicycles.