The Glendale Youth Orchestra celebrates the final concert of its 30th season and the last performance of long-time beloved conductor Brad Keimach with a show at The Alex Theatre in Glendale on Sunday evening, May 19.

While Los Angeles has several excellent youth orchestras, the Glendale Youth Orchestra, which draws its young musicians primarily from Glendale, Pasadena and Burbank, has consistently ranked near the top. The GYO performs standard symphonic repertoire and the May 19 concert also features the winner of the orchestra’s annual concerto competition, Jamie Yoon.

The Glendale Youth Orchestra puts on three concerts annually, in November, March and May. Keimach has conducted the GYO for 19 years.

“Brad’s retirement is a celebration not just for all the years put into teaching but for every young musician he has helped along the way and the knowledge that was imparted,” commented GYO Board of Directors President Mara Kelly. 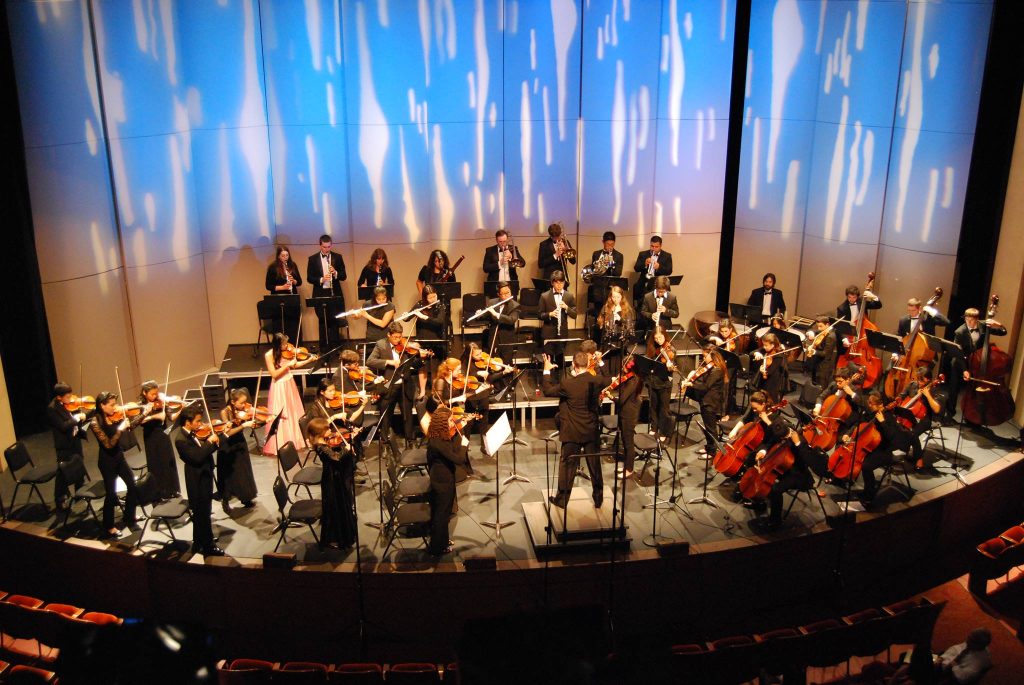 “Brad has elevated the quality of our program by challenging the members to be their best,” she added.

The GYO was named an L.A. Phil Premier Youth Orchestra by the Los Angeles Philharmonic in 2012 and has performed twice at Walt Disney Concert Hall during Keimach’s tenure.

Tickets and more information can be found on The Alex Theatre’s website. General admission ticket prices vary from $12 for students and seniors to $15 for adults, with some additional discounts that individuals may qualify for via The Alex Theatre. 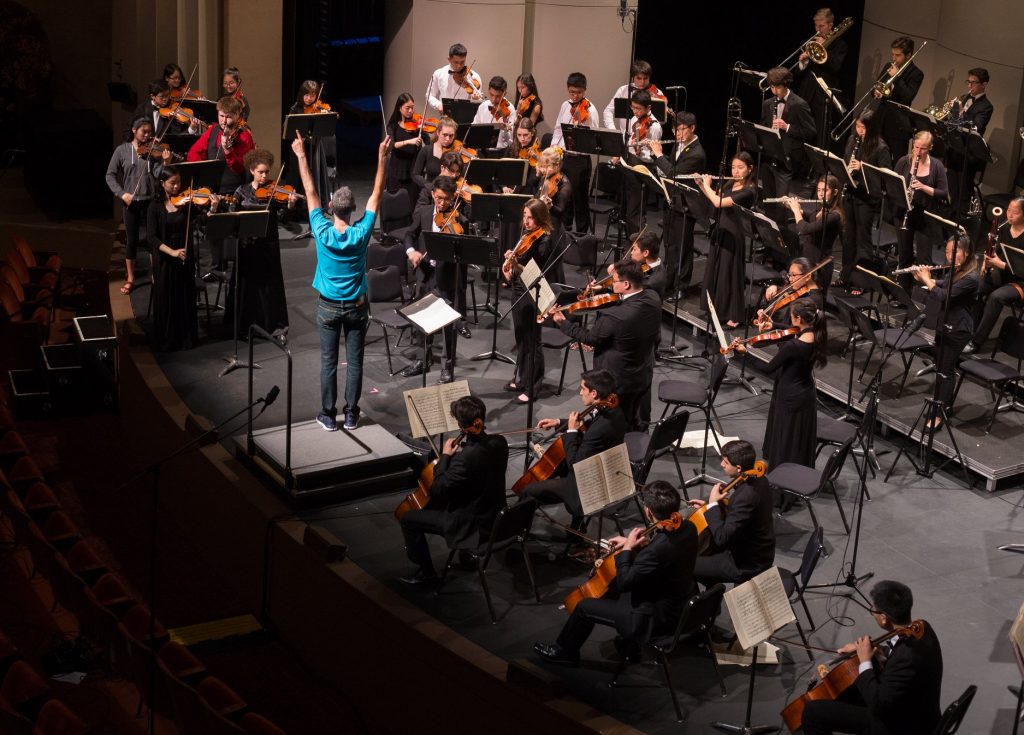 The concert begins at 7:00 p.m. and parking is available in adjacent lots. The Alex Theatre is located at 216 N. Brand Boulevard in Glendale.

More information on the Glendale Youth Orchestra can be found on their website. 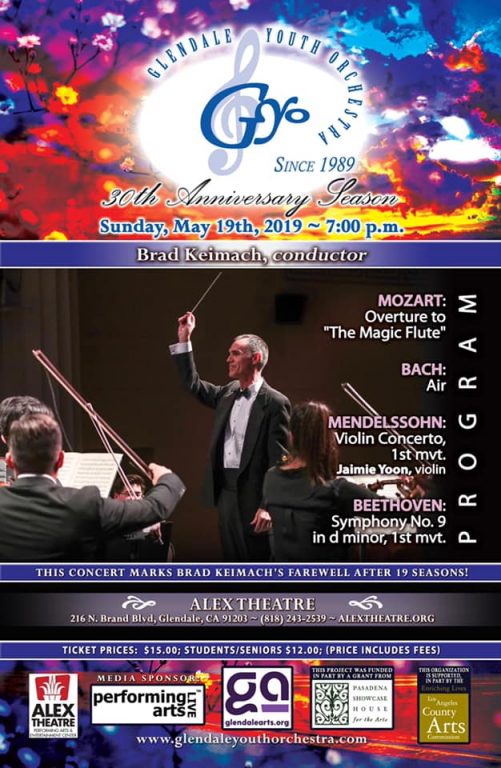 The Glendale Youth Orchestra plays the final concert of the 2017-18 season on Sunday evening, May 20, at the Alex Theatre in Glendale. This fine youth orchestra performs standard symphonic repertoire and draws young musicians from Burbank, Glendale, Pasadena and from throughout Los Angeles and the San Fernando and San Gabriel Valleys. 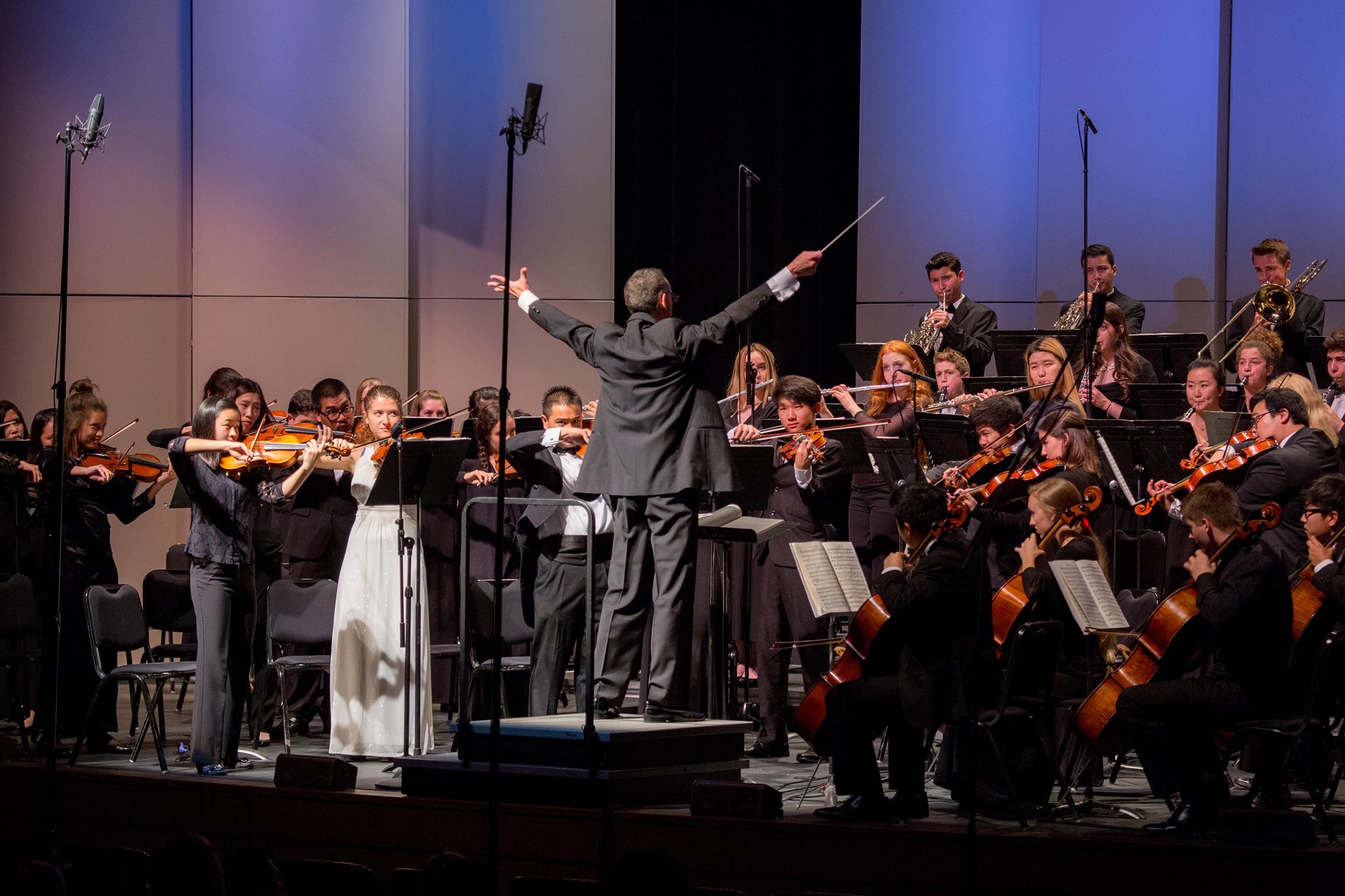 The second half of the program features the complete Symphony No. 39 by Wolfgang Amadeus Mozart.

Now in its twenty-ninth season, the Glendale Youth Orchestra has been conducted by Brad Keimach for many years. Primarily featuring high school string, brass, wind and percussion players, the GYO is also comprised of talented middle school age musicians and those from area colleges.

Auditions for the 30th season of the GYO are held in June and September every year and more information can be found here. The orchestra practices weekly September through May in Burbank and Glendale and presents three concerts every year plus a Showcase Recital.

Tickets for Sunday’s concert are $15 general admission and $12 for students and seniors. Tickets can be purchased online here or at the box office the night of show.

The Alex Theatre is located at 216 N. Brand Boulevard in Glendale. The concert begins at 7:00 p.m. Parking is available for a nominal fee in nearby parking garages and on the street. 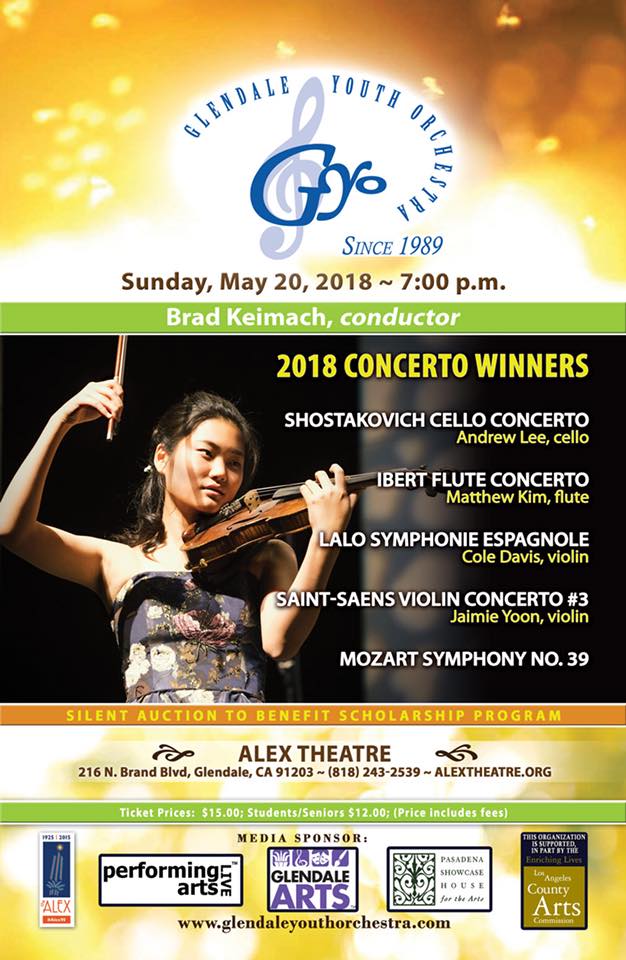 Young musicians from Burbank, Glendale, Pasadena and throughout Los Angeles perform with the Glendale Youth Orchestra.

Student musicians from Burbank join others from all around Los Angeles to make up the Glendale Youth Orchestra. Conducted by Brad Keimach, the GYO debuts the first concerts of their 25th season November 17, at 7:00 pm, at the Alex Theatre in Glendale. Tickets are available on Goldstar for half price or for $12.50 at the door. Discounts for students and seniors apply. 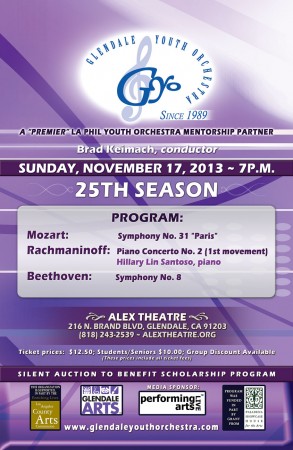