Getting to the CIF Southern Section Division III quarterfinals for the Burbank High boys’ tennis team is something to be proud of.

But the dream of getting to the semifinals ended on Monday when the Bulldogs lost to visiting Etiwanda 12-6. 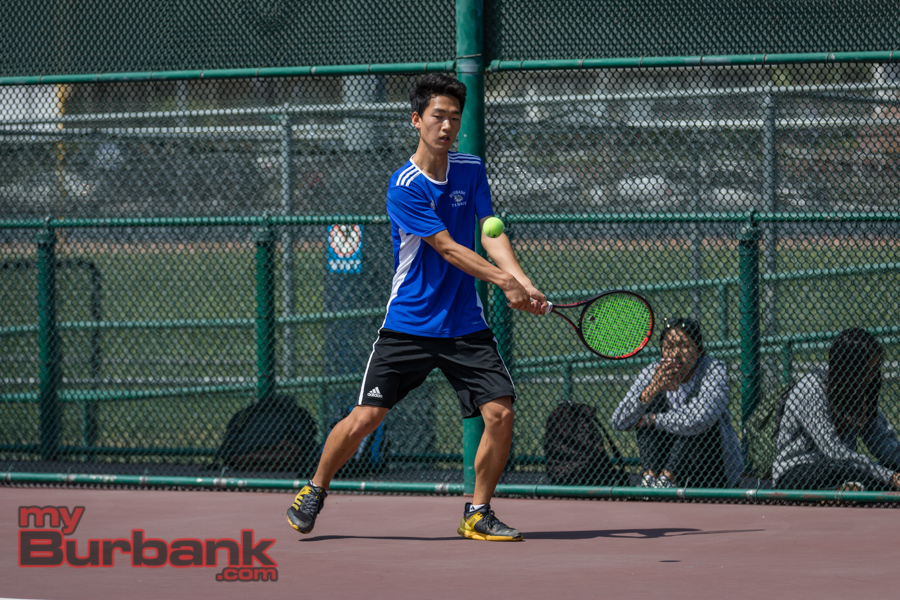 At No. 2 for the Bulldogs, senior Nathan Soria captured a point after drilling Vergara 6-0.

Burbank’s No. 3 singles player, freshman Alex Galstyan, despite his youth, won a pair of points after knocking off Siringoringo and Vergara 6-2 and 6-2.

The Eagles, who for the second consecutive year ended Burbank’s season, grabbed eight of the nine points in doubles play.

The only point came from Burbank’s No. 1 team of senior Luciano Dapuetto and junior Ethan Lee, who held off No. 2, senior DeAndre Siringoringo and senior Victor Siapno 7-6 (9-7).

“I think it’s been a great four years,” Dapuetto said. “Burbank has a great program. It’s a great school. Overall this year has been the best of the four.” 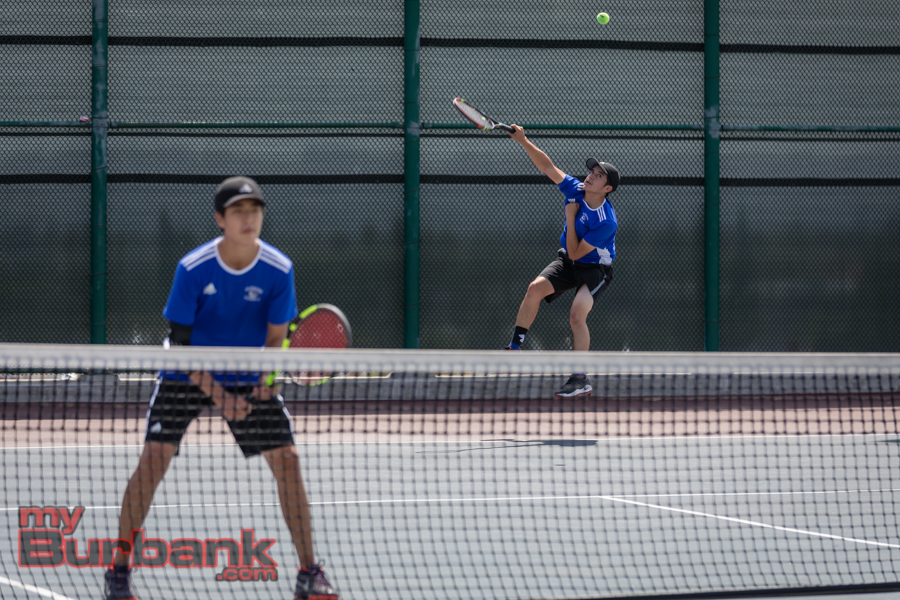 Burbank’s doubles teams took one point against the Eagles. Photo By: Edward Tovmassian

Dapuetto was reflective afterward. “All beginnings have an end,” he said. “This wasn’t perfect. We were just going round by round. We made it this far. We had a lot of excitement coming into the game.”

Burbank’s No. 2 tandem, senior Harout Abgaryan and sophomore Siddhanth Denduluri lost 4-6 and 2-6 to Etiwanda’s No. 1 and No. 2 squads, while the pair of Abgaryan and freshman reserve, Abasi Abukusumo, were hammered by No. 3, 0-6.

The Bulldogs’ duo of sophomore Parker Katz and sophomore Dominick Sumera were stymied 2-6 and 1-6 by Etiwanda’s No. 2 and No. 3.

Katz and senior Greg Farhadian, a reserve, were blitzed by Etiwanda’s No. 1 tandem, 0-6.

Longtime Etiwanda coach Brent Lunt, who has been at his post 33 years, was satisfied with the final result.

“I thought my two singles could have played better,” he intoned. “I thought the doubles played pretty good. The doubles have been consistent all year.” 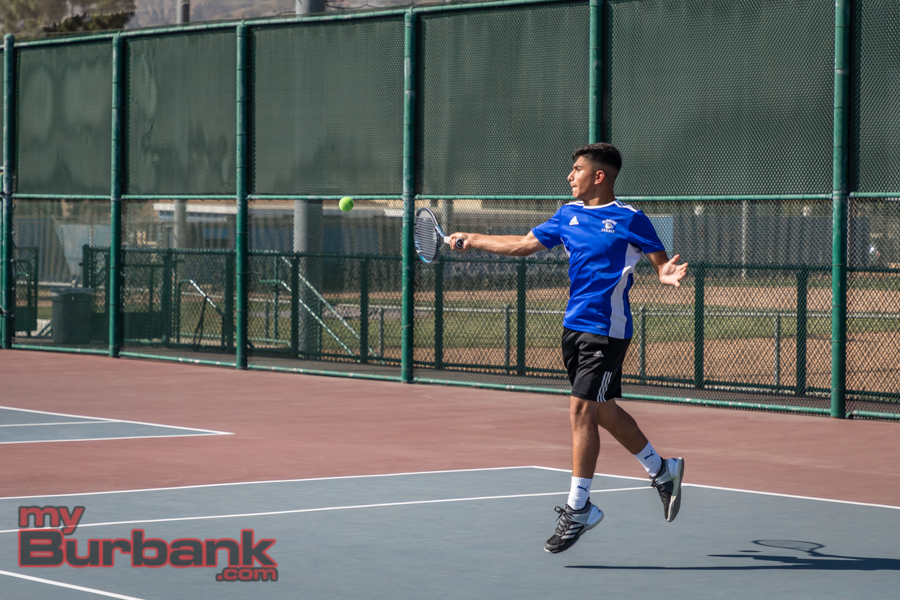 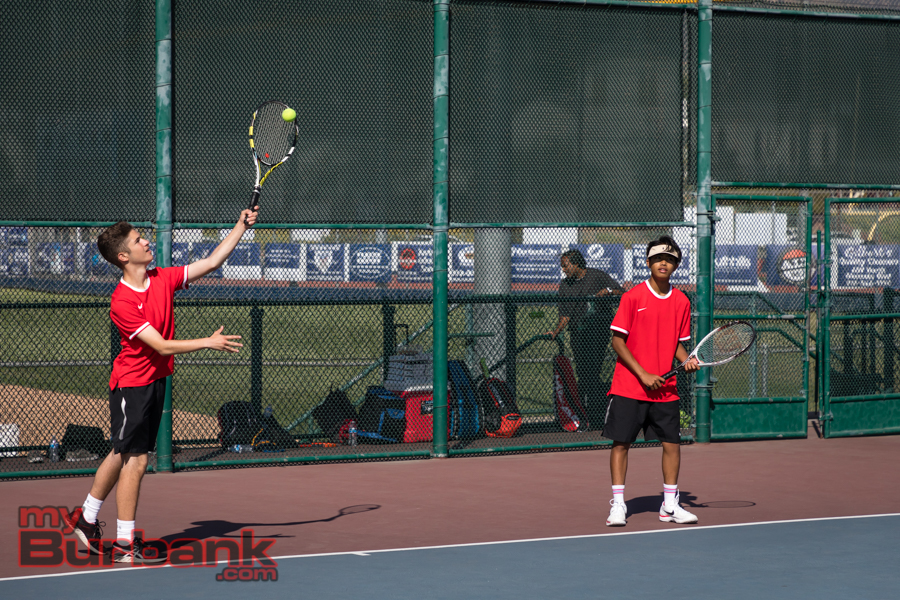