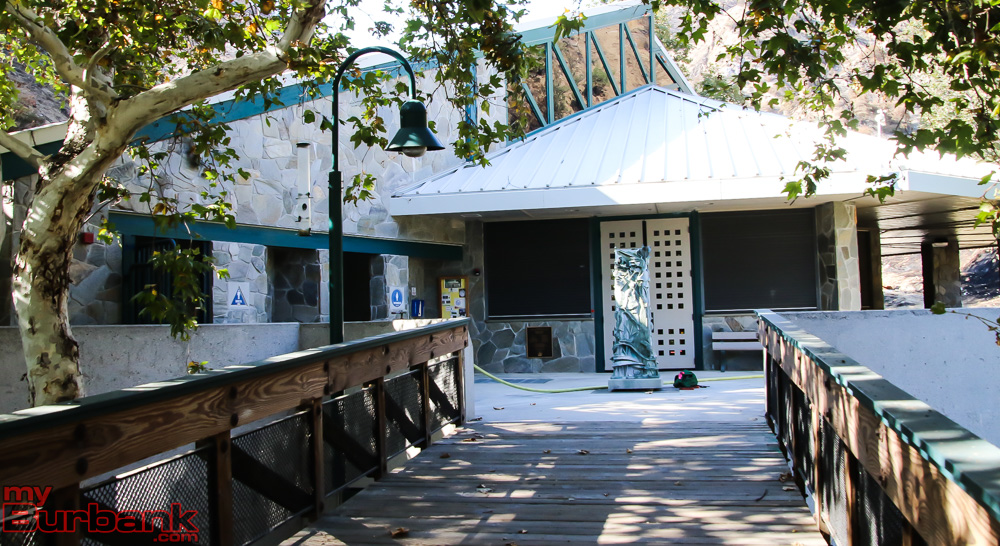 The Stough Canyon hiking trails, located near the Nature Center, suffered major losses to its vegetation and its sense of peace after the devastating La Tuna fire. Many avid hikers have had many questions regarding Burbank’s beloved hiking trails.

Now that the trails are open, Burbank’s Parks and Recreation team is ready to bounce back to begin work on returning the Nature Center and the Stough Canyon Hiking Trails back to normal. According to Marisa Garcia, Assistant Director of Parks and Recreation, the destructive fire came within thirty feet of the Nature Center. Much of the vegetation around the hiking trail is now gone.

“I was profoundly sad to see that my beloved Stough Canyon was so severely impacted by the fire,” said Kathy Sturdevant, an avid hiker of the Stough Canyon trails and California plant enthusiast. She went on to say that she’s “grateful that the nature center and the educational garden that surrounds it were spared, however, the images of the barren, scorched hillsides remain in my mind.  I felt such solace and peace in those hills, retreating there weekly to unwind from work.”

The fire has also left some of the foundation in a questionable state. While the trails are open right now, citizens should expect closures in the near future. Garcia elaborated on the future of the trails by revealing a closure is imminent for the purpose of maintenance. Furthermore, any time there is rain, the trails will be closed. 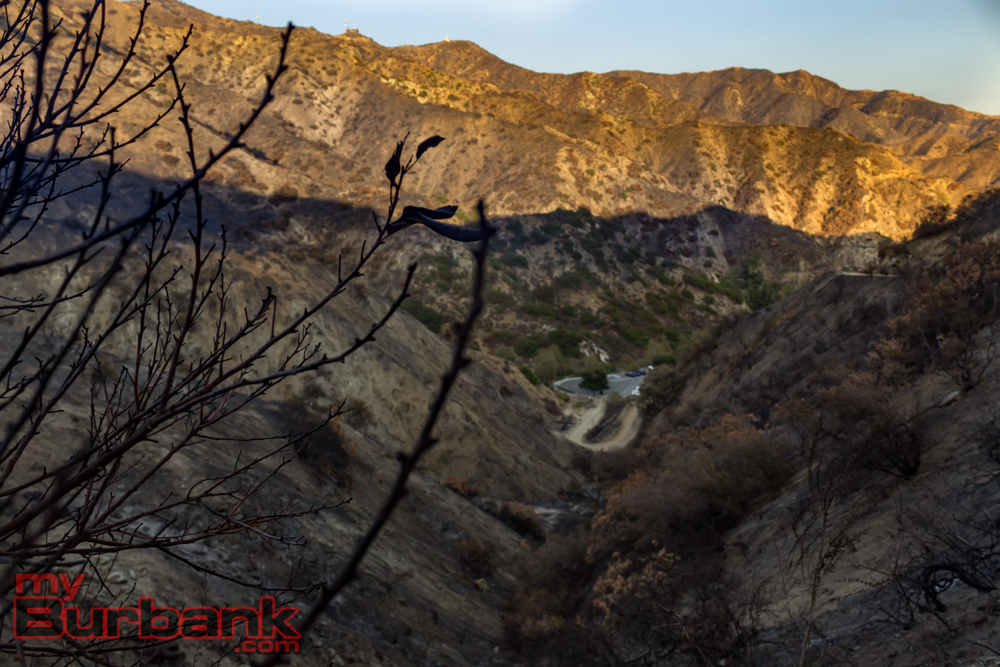 Garcia also stated that the Parks and Recreation department is building a committee of representatives from the department of Public Works and the Fire Department to discuss Stough Canyon recovery efforts, fire prevention, and preparation for rain. The City of Burbank does not have have a trails expert. Instead, to fill that void, the city is reaching out to other experts belonging to the Santa Monica Mountain Conservatory in the hopes of providing guidance on protocol on replanting procedures.

Garcia made note that anything replanted in the area will be native to our environment. Sturdevant, who has accumulated a wealth of knowledge in the subject, suggests “it will take some time for Stough to recover, but we need to be patient and let it recover on its own.  Our place is not to plant, but to allow it to regenerate itself, and perhaps help it along by removing the invasive species and as they come back as well and compete with the native plants.” 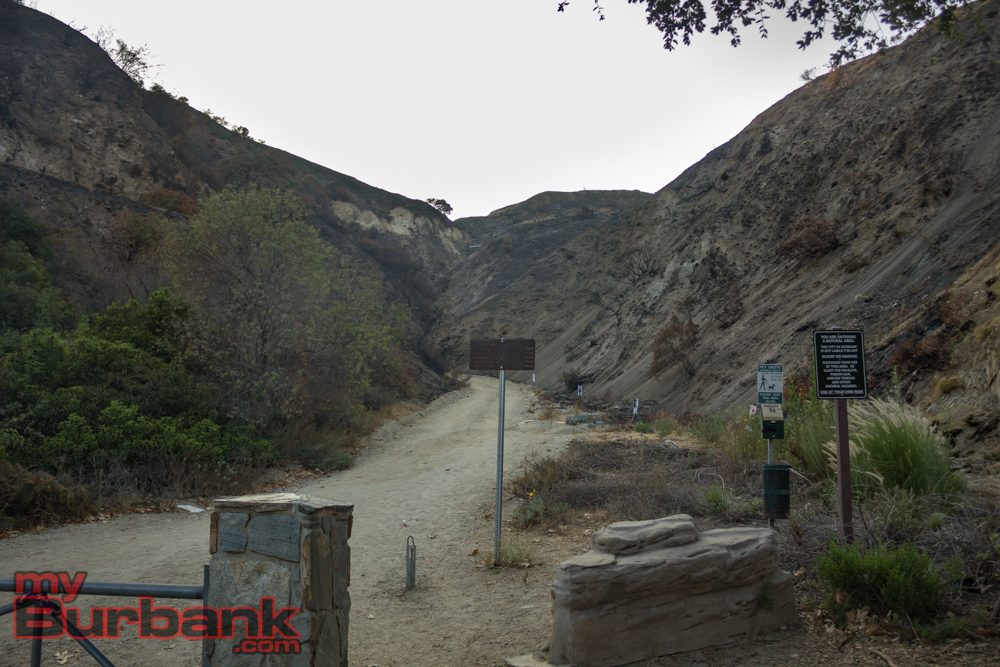 Greg Rubin, President and Founder of California’s Own Native Landscape Design, Inc., agrees with Sturdevant and suggests that it’s “better to devote the resources to controlling exotics and utilizing low impact erosion control. The worst scenario is to seed after fires – even if it is a “native” mix, inevitably the small percentage of exotic contaminants (like rye grass) will come to dominate these areas and actually contribute to worse erosion than if nothing had been done at all.”

Furthermore, Richard W. Hasley, Director of the California Chaparral Institute, states that “as long as fire is kept out of the area for at least 20-30 years, the system will recover ON ITS OWN without any need for human intervention. No plantings, no seeding, no tree planting, no mulching. Leave it alone. We’ve done enough damage through our clearance activities, development, and increased fire frequencies due to human-caused ignitions.” 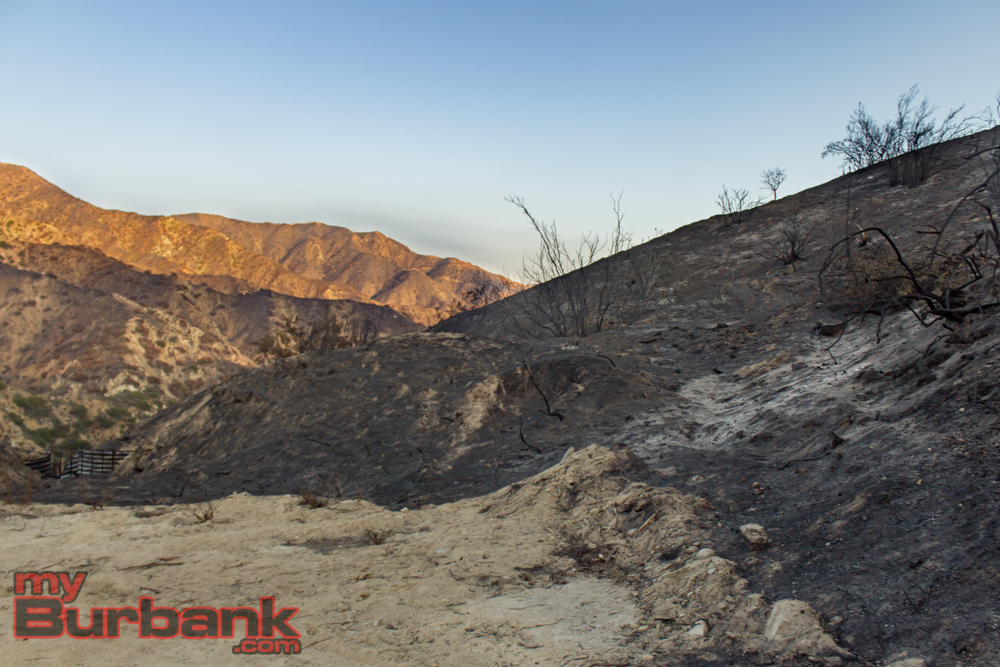 As for what the public can do to help, always wear appropriate attire when visiting the trails, pick up any trash you see, don’t hike when it’s raining, don’t cross closure signs, let the city know when something along the trail is unstable, and never hike in the dark.

Carol Mercado, Recreation Supervisor for the City of Burbank, who also runs the Stough Canyon Nature Center, has news she wanted to pass along to local Burbank hikers.

“For those of you who like to hike in Wildwood, good news. Work has begun on the last trail/fire road that has been closed/fenced off for so long. You’ll have to still be patient and stay off of that last trail until the work is completed but it should be in the next few months.”