When Burbank resident Ian MacLeod was diagnosed with Acute Myeloid Leukemia (AML) just over one year ago, the young father and passionate Manchester City Football Club sports fan refused to give up. After undergoing months of radiation, a bone marrow transplant and spending 70 days in a hospital bed, MacLeod has now been in remission for 10 months. 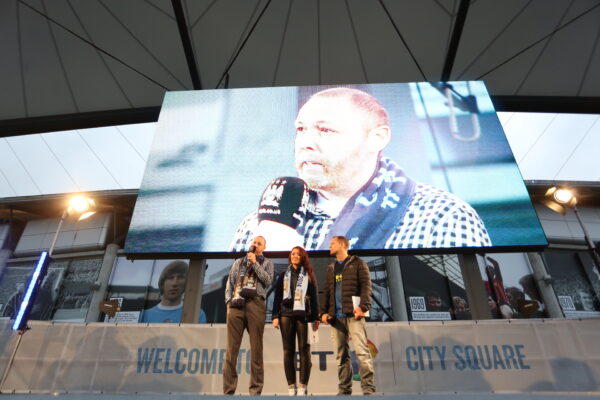 The video was ultimately voted the #Citystories winner for 2014. The prize included around trip travel and accommodations for MacLeod and his wife to Manchester, England, along with a stadium tour, VIP tickets to the soccer team’s season launch party and opening game, among other perks.

“The past year has taught me so many life lessons. I learned early on in my treatment against cancer that we are all in this together. We need each other to survive in this world,” commented MacLeod.

“I experienced and saw lots of suffering in the hospital, but the love and support of my family and the Hollywood Supporters Club gave me the courage to fight until the end and persevere,” he continued. “I feel very loved by all their support and that makes me lucky beyond reason.” 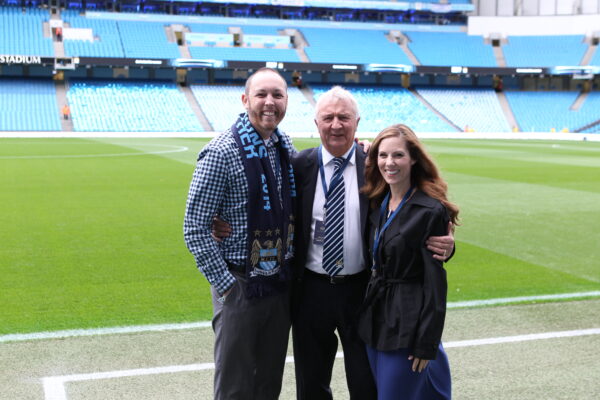 The 35-year-old writer and producer for the Bravo network grew up in Huntington Beach and has lived with his wife Shannon and two young children, Kaiah, age 5, and Beckett, age 3, in Burbank for approximately three years.

MacLeod and his wife flew to England in August and were greeted by Manchester City FC soccer legend and cancer survivor Mike Summerbee. The couple enjoyed the Manchester City FC’s opening party at City Live and MacLeod presented team star Yaya Toure with the club’s Player of the Year award.

“It was an absolute privilege for me to welcome Ian to Manchester. Being a cancer survivor myself I know it’s not an easy road to recovery, but Ian’s story shows us that with the right support network we can overcome anything,” commented Summerbee, former player and current Manchester City FC Ambassador.

“Welcoming Ian to Manchester and having him at our first home game of the season has been an honor for the Club and we hope that he has enjoyed being here as much as we have enjoyed his presence at the start of yet another promising season,” Summerbee continued.

MacLeod and his wife even took some time to visit London and Paris, enjoying the “sights and sounds and the best they had in cuisine.” 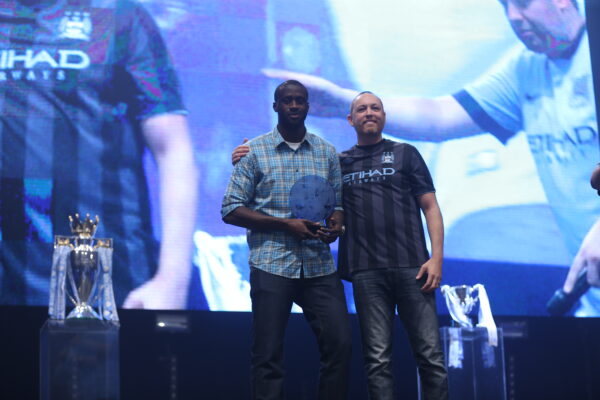 The couple closed out the trip with special seats in the team’s Chairman’s Lounge to watch Manchester City beat Liverpool 3-1 in the first home game of the season on August 25.

“The night at City Live was a tremendous experience. Meeting many of the players and presenting an award to my favorite player, YaYa Toure was amazing,” said MacLeod. “Then seeing the game at Etihad Stadium for the first time against Liverpool was a dream come true.”


Winning the #Citystories trip from his favorite football club has been an all-around uplifting experience, he says.

“When we get back to Burbank we plan on getting back to home life as we love being parents,” said MacLeod near the conclusion of his trip to the UK. “We also plan on joining the Hollywood Supporters Club for the rest of what hopes to be an amazing season.”


MacLeod’s story also has been posted on a plaque in the Manchester City FC’s stadium museum. The story of his battle with cancer and contest winning video can be seen on the club’s website here. 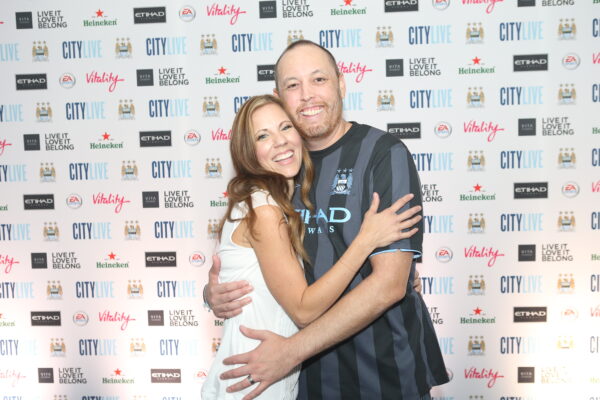