Burbank Police received a call of an auto accident involving two cars in the intersection of Victory Blvd. and Alameda Street, with a person laying in the roadway. 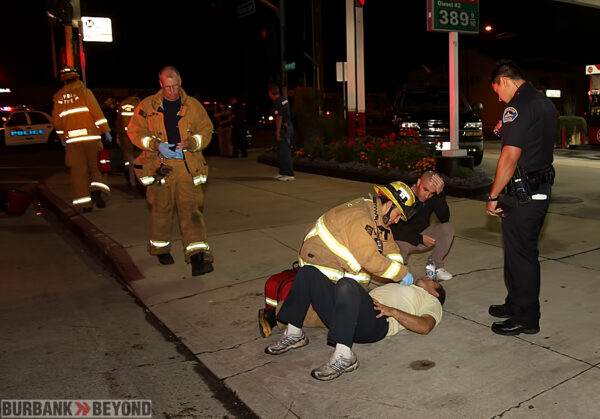 Firefighters treat the driver of one of the cars involved, he refused further medical treatment after being checked by paramedics. (Photo by Ross A. Benson)

Once they got on scene they discovered a driver of one of the cars involved was laying on the sidewalk awaiting paramedics, the driver of the other car still sitting in the drivers seat.

Police reported that one of the cars was traveling eastbound on Alameda and was struck by the other car that was southbound Victory Blvd. Paramedics transported one of the drivers although her passenger was not injured or was her pet dog that was not secured in the car.

The other driver refused medical treatment. 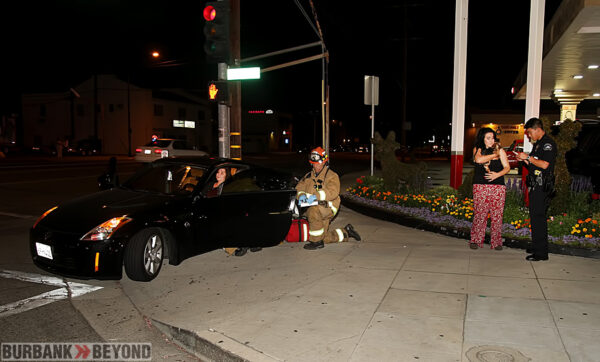 Burbank Fire Captain Mark Hatch treats a victim as a Burbank Police Officer gathers information from a passenger. (Photo by Ross A. Benson)