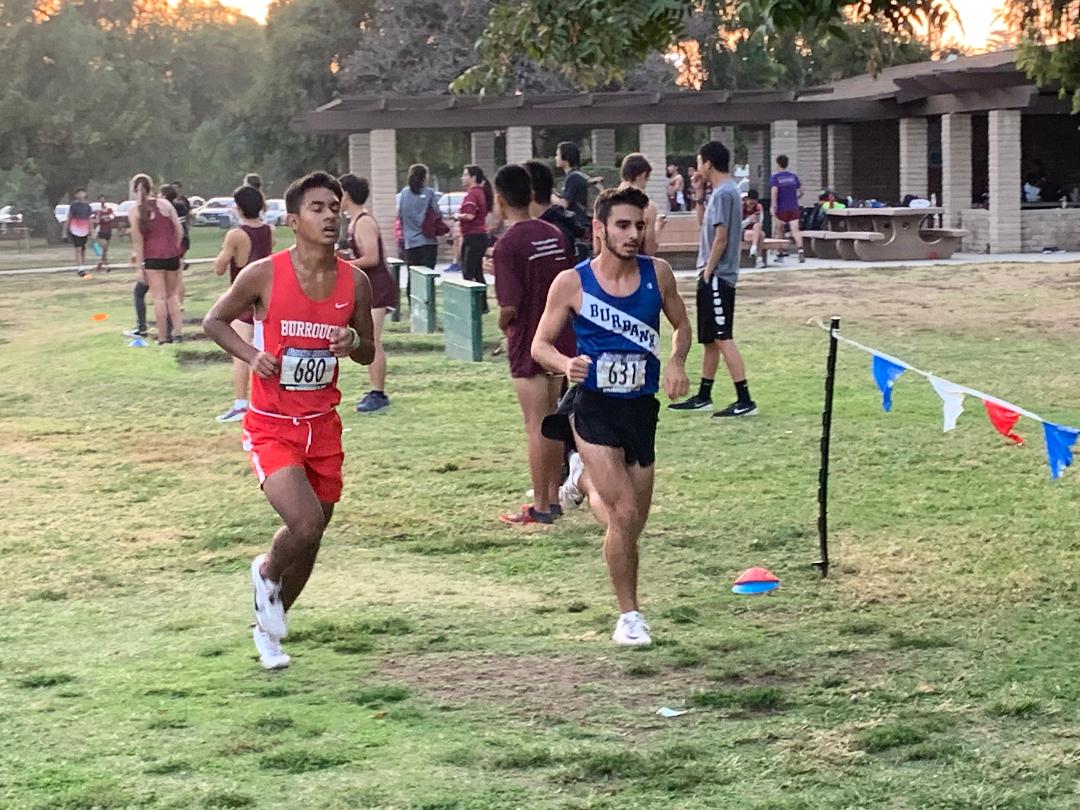 What the Bulldogs didn’t know how strong this group of Falcons would be on their own home course.

The Falcons defeated Burbank 39-48 on the boys’ varsity side. It was even closer in the girls’ competition, as CV outlasted Burbank 35-36.

“I was happy with how it went,” Kelley said of her race. “We were hoping we could get first, but we’re happy with second. We’re looking forward to (League Finals at) Arcadia because it counts as two meets. We know what to expect now.” 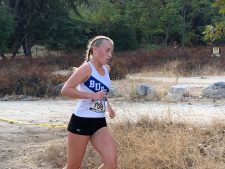 Junior Megan La Camera finished third (19:14.9) as all five scorers for the Bulldogs were members of the class of 2021.

Junior Jordan Guzman led the way for the Indians by taking seventh in 19:48. 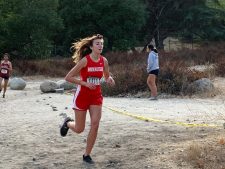 Burroughs finished fourth with 113 points, but was actually quite impressive by having a solid pack that was less than 50 seconds difference between its first and last runner.

It is no secret that local cross country teams are continually competitive year in and year out.
But this year figures to a special one for the Burbank High boys’ team. There is no telling how good the Bulldogs can be. They return all seven of their varsity runners from league finals from a year ago and if healthy should finish their season in Fresno at the California State Championships. As hard as it might be to believe, Burbank’s boys’ team has actually never been to the state meet.

Burroughs, which won the CIF Southern Section Division 1 boys’ title in 2014, isn’t far behind.
Both the Burbank and Burroughs girls’ teams figure to fight for the Pacific League title after finishing first and second a year ago.

The Bulldog boys’ team is looking to be healthy this year after struggling with that aspect a year ago.  The Bulldogs open the season ranked No. 3 in the CIF Southern Section Division 1 preseason poll. In track season, there were five Bulldogs who broke the 10-minute barrier in the 3,200 meters. This would be comparable to a starting five in basketball that all average in double figures in points. 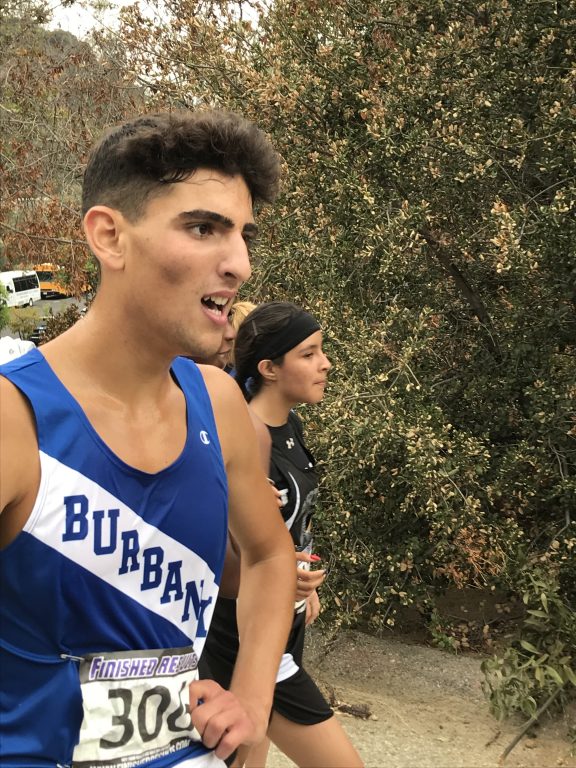 Senior Andrew Uhm and sophomore Damon Lovelace are also fighting for a spot on varsity.

“In a league with so many talented athletes and such knowledgeable, successful coaches, we always make it our goal to be in the top three and this year is no different,” Burbank coach Kathryn Nelson said. “We hope to advance our boys team into the CIF Finals and take a shot at making the State Meet this year.”

The Burbank girls’ team is coming off of a league championship season. The Bulldogs, who are ranked No. 9 in the CIF Division 1 preseason poll, were hit hard by graduation. However, they are still deep and should still be in contention for another league title. 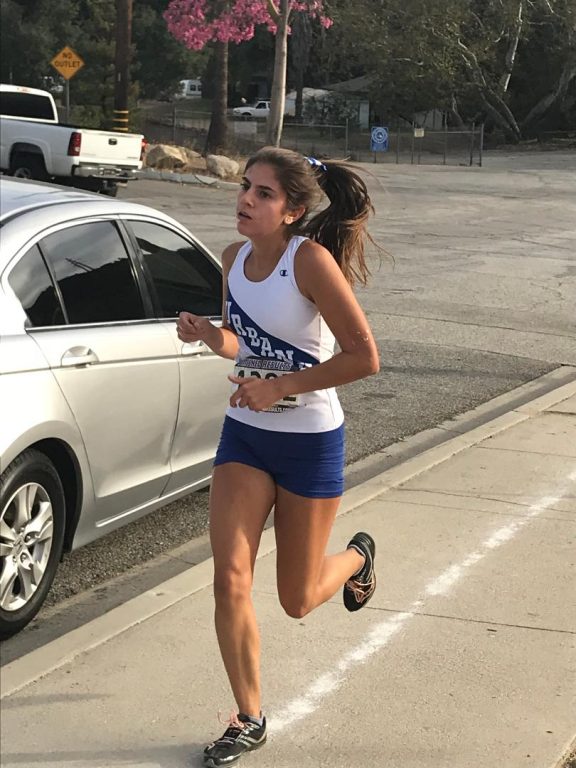 “We have a good group of juniors moving up to support Sol but staying healthy will be key,” Nelson said. “We have a very hard working class of freshman girls and we are excited to watch them grow in the program. Joanna Camacho has already broken into the top 10 coming out of summer and Clara Kim is not far behind.”

The Indians will be solid with the boys and girls teams.

Junior Jordan Guzman, who finished sixth in the Pacific League finals last year, will lead the way. Senior Ceci Whitney, who finished eighth in league, is also back. Sophomore Sophia Navarro, who was 10th in league finals, gives the Indians a solid top three. 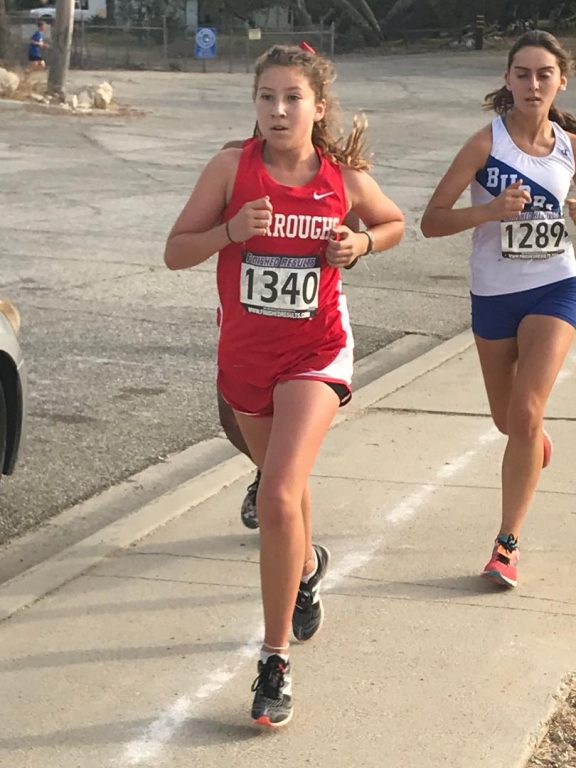 Sophomore Savannah Hernandez (12:14.6 in 3,200) will probably will the role of being fourth. Juniors Briana Contreras (12:46.45 in 3,200) and Kiara Cruz (27th in cross country league finals last year) should give the Indians enough to be serious league contenders.

“We need to work on closing the gap between our top seven runners,” Burroughs coach John Peebles said. “They are working hard and it is a long season, but we have to simply focus on getting better one day at a time.”

The Burroughs boys team is one that might surprise some people because they are quite good, even though everyone is looking at Crescenta Valley and Burbank. The Indians might actually be a year away from being the team to beat in league.

“The boys are really working on the concept of pack running,” Peebles said.  “The path to success for the boys will be getting the pack to go together.”

It took nearly 40 years after Jeff Nelson left his footprint at Burbank High as arguably the greatest American high school distance runner ever to have a race named in his honor.

Saturday, Nelson as well as his high school coaches, Dave Kemp and Frank Kallem were on hand for the first Jeff Nelson Cross Country Invitational on a newly created 3-mile course at Griffith Park.

The host Bulldogs didn’t disappoint in front of Nelson, who is close to the program since his wife, Kathryn, is one of the Bulldogs’ coaches.

“Jeff is super close to us, so to have a meet hosted in his name and for us to do that well in our first impression for the season, I feel it is a great start for us to get motivated. Our main goal this year is to get a league title and then move up to postseason stuff,” Burbank’s top runner, Victor Goli, said.

Burbank finished second in both the boys and girls competitions, losing only to former Foothill League rival Saugus. Saugus has been one of the top programs in California over the past decade.

Saugus won with a score of 25 points. Burbank was second with 36 points. Burroughs, which kept its elite frosh-soph runners down in a race of that grade level, finished 6th with 147.

The girls’ varsity race was won by Mia Barnett of Village Christian in 19:12. Saugus won the team competition with 33 points. Burbank was second with 64. Burroughs did not field a full team as many top runners ran in the lower level divisions.

“It is amazing how the invitational was named after Jeff Nelson and he is really inspirational to all of us. I’m glad we were able to have our own invitational here,” Mejia said. “I personally like this course. When I was racing I knew when to speed up, when to slow down.”

Burroughs showed it is still very strong by its performance  in the frosh-soph boys’ race with sophomore Jimmy Nealis taking second (17:49).

In the frosh-soph girls’ race, Burroughs was led by freshman Sophia Navarro (third, 21:31). Alongside her in fourth (21:31) was sophomore Jordan Guzman.

Full meet results can be seen at finishedresults.com