When it comes to coaching high school varsity boys’ and girls’ basketball in Southern California, few have compiled more experience and success than Jett Del Mundo.

In his third season as the Burbank High girls’ varsity basketball head coach, Del Mundo enters his 24th season as coach of the boys’ or girls’ teams at nine different schools, including four at Pasadena where he guided the Bulldogs to the CIF Southern Section semifinals and the state tournament, something that had not happened in school history.

A stroke survivor, Del Mundo, who also ushered the La Canada girls’ squad to the second round of the playoffs, said there is no difference between the sexes when it comes to coaching the game.

“Regardless of boys or girls basketball and at every level, the foundation of my teams is rooted in competition,” he said. “It begins with the competition in tryouts, carrying forward to our intense practices where roles are determined and playing time is earned, to games where we define our team identity, and just as importantly, off the court, where my players achieve personal and career successes driven by excellence within.” 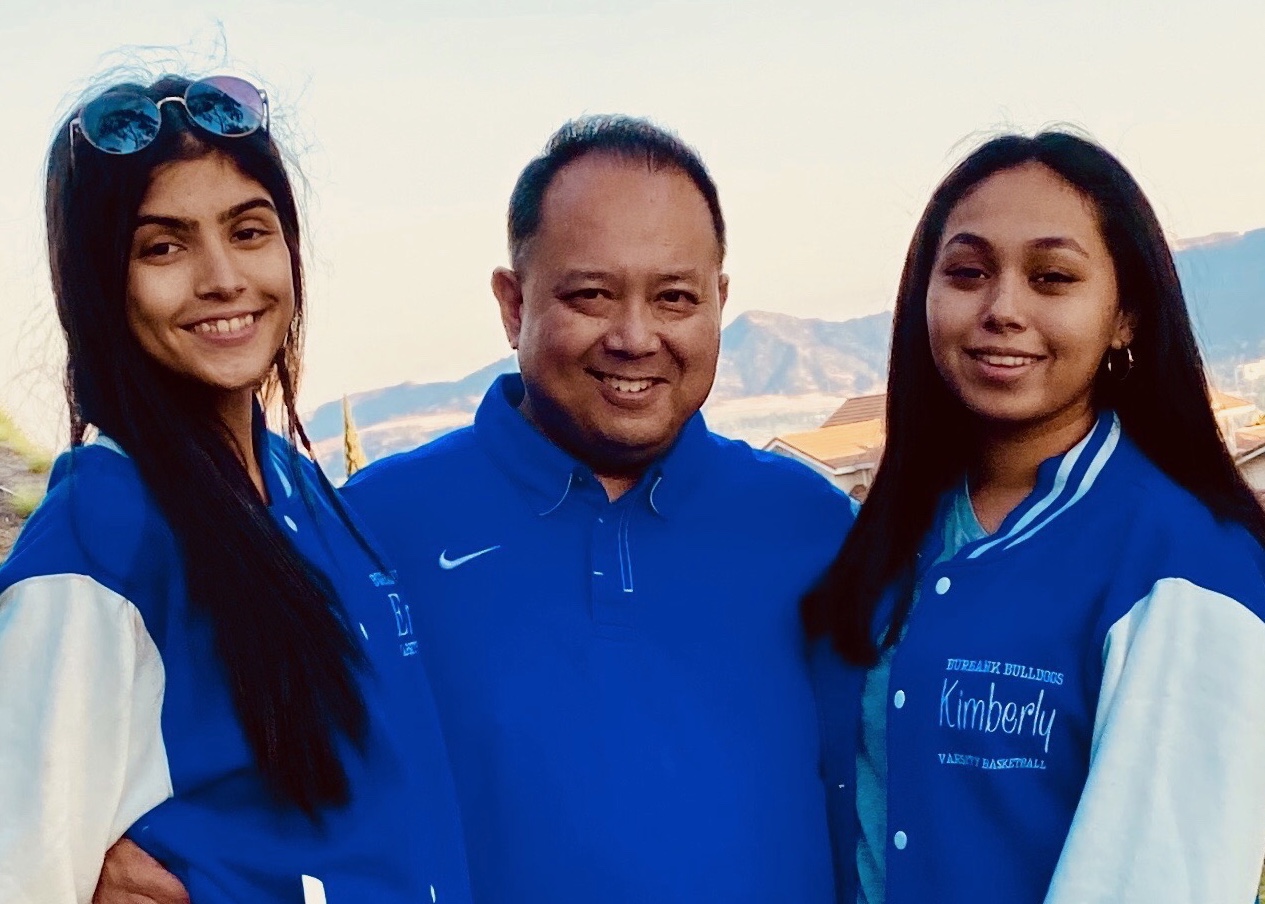 Throughout his time on the bench, Del Mundo, who has been the girls’ varsity head coach for 15 seasons at six schools, knew it wasn’t always going to be smooth.

“I believe that coaching at any level is never easy,” he explained. “It’s a challenge for anyone to guide today’s student-athletes as they define who they are and are able to use the high school sports experience as a positive step forward into whatever paths they choose.”

Like many top-rank coaches, Del Mundo, who has worked as a junior high athletic director at Orange County-based schools, St. Joseph, Queen of Angels, St. Anne’s and St. Callistus for a decade and Dean of Students at St. Anne’s for two years, is more than a coach, but an instructor.

“My student-athletes are learning to use the high school team sports experience to provide them the opportunities to grow and develop their personal responsibility to not only learn from participation and experience, but to also gain an understanding and respect for the collaborative endeavor,” he said.

Del Mundo, who earned a bachelor’s degree and a master’s degree from USC in Exercise Science and Education, went on: “In so doing, comprehending that learning to honor the experience contributes to a growing sense of responsibility and moral reasoning that helps today’s student-athlete to become contributing citizens in their community,” he said. 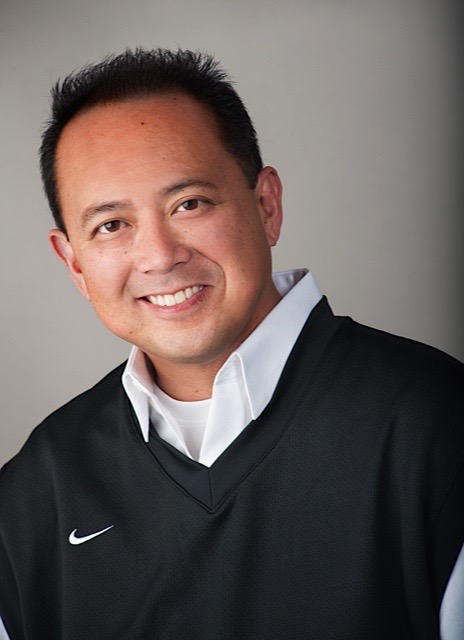 With COVID-19 still present, the virus has thrown a curveball for the upcoming girls’ basketball season.

“These unprecedented times reminds us all of how fragile life is and what an awesome responsibility we have to never take for granted,” he said. “This is a reminder to gain perspective and play each game with the understanding that more than winning a game, we want our student-athletes to be winners in their lives.”

Once the season begins, Del Mundo hopes it will be a success.

“At this point, I look forward to the opportunity for my team and especially our seniors to compete once again,” he noted. “In these uncertain times, my players are reminded that it is such a great privilege to play this game. I so look forward to sharing the court with them once again.”

Burbank played better the previous campaign when it carved out a 15-13 regular season mark and went 6-8 in league action, but didn’t qualify for the playoffs.

The other times that Del Mundo has led a girls’ team to the playoffs as a head coach was twice at Cornelia Connelly and Arnold O. Beckman, where he tutored the girls’ varsity for four seasons and took the squad to its first-ever playoff win.

Though Del Mundo was at Brethren Christian for one season as the girls’ varsity head man, he was able to turn the program around into being competitive.

Del Mundo recalled how he began coaching. “I missed the feeling of being part of a team. The opportunity presented itself to work with a few different youth basketball programs in Southern California,” he said. “While doing so, I was approached by a high school coach who invited me to join his staff and from there I worked every coaching position in a high school program and learned to develop my coaching identity, learning from great high school coaches and attending numerous coaching clinics.” 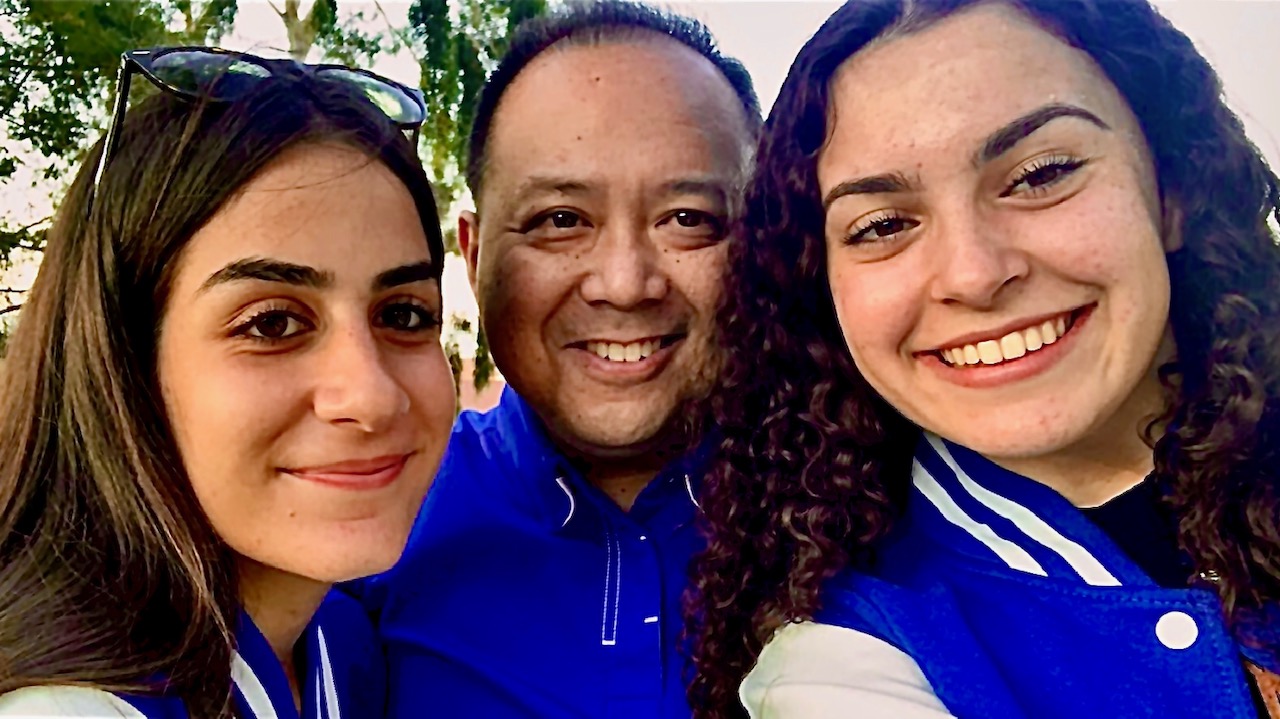 Even with more than two decades worth of coaching, Del Mundo continues to grow as a coach and person.

“The things that I have learned are that no two teams are alike. Treat them all fairly, but never compare them to one another,” he said. “And just as importantly, I am reminded every day of what an honor and privilege it is to be called their coach.”

Because no one accomplishes anything alone, Del Mundo said that he has been ably assisted along the way.

“The most helpful individuals in my coaching career are the tremendous assistant coaches and captains of my many teams,” he offered. “I have been blessed with individuals who share my passion and purpose and challenge me to grow. They are far too many to mention, but I know if they ever get a chance to read this, they can feel my gratitude and respect.”

When things get rough for his team, Del Mundo realizes that being a part of the game is in itself a treat.

“Every experience lends itself to an opportunity to learn one of life’s many lessons,” he said. “I often remind my student-athletes of the privilege to play this game. And when I do that, I remind them that it isn’t what happens that defines them. It is their character that develops in how they handle a situation.”

Del Mundo is rightly proud of his entire career, but says the high point was shaping a dormant Pasadena program to prominence, something that he hopes to do for Burbank.

“Turning around the Pasadena girls’ basketball program, taking them from the annual bottom place, insignificant team to a well-respected program with multiple 20-plus win seasons and leading them to the CIF semifinals and making a run at the CIF/State championship and earning multiple Coach of the Year Awards one year removed as a stroke survivor,” he said of the achievement.