Actor John Maucere presented No Ordinary Hero: The SuperDeafy Story to the students of John Muir Middle School on Tuesday, September 30, and spoke about his challenges and experiences as a deaf person. The movie culminated a month-long series of activities and lessons designed to highlight National Deaf Awareness Month during September at the school.

Muir Middle School is the Deaf and Hard of Hearing (DHH) school for all of Burbank, Glendale, La Crescenta and La Canada. Sixteen students from the region are in the DHH program. Muir’s total student body numbers 1408 currently. 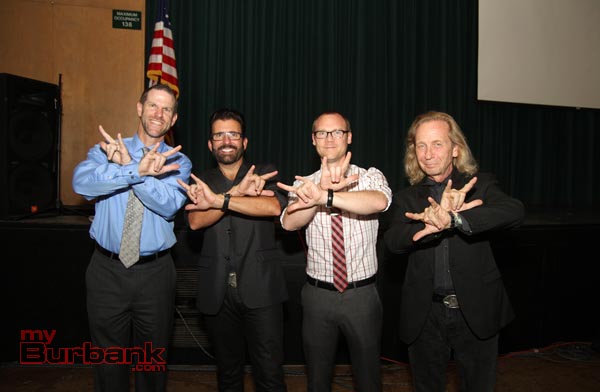 “The students at John Muir Middle School have always had a strong connection to our deaf and hard of hearing culture, and with September being National Deaf Awareness month, the students, the faculty and the staff have taken this opportunity to increase awareness and continue to celebrate our student body,” commented Daniel Swartz, interim Title I coordinator and committee chairperson at Muir.

During the last twenty minutes of the school day throughout the entire month of September, students practiced sign language from lessons which were posted weekly on the school website. Some of the school’s DHH students and parents participated in weekly video lessons and went into the classrooms to work with students directly.

“John Muir’s goal is to increase awareness and encourage individuals to come together as a community for both educational events and celebrations,” commented Principal Dr. Greg Miller. 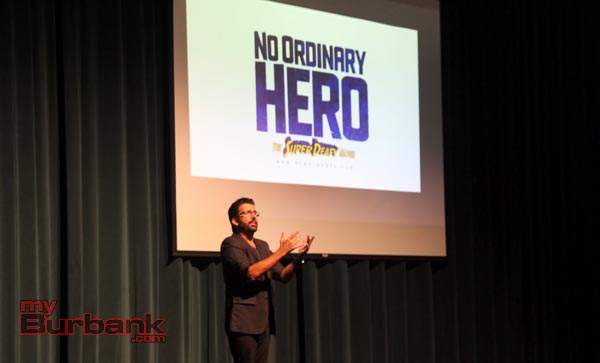 Actor and guest speaker John Maucere speaks during an assembly at Muir. ( Photo by Ross A. Benson)

During the last week of September, DHH activity cards were passed out to each student with challenges for using their recently acquired sign language skills in a conversational setting on campus. Students who completed the challenge received a reward from the school’s Associated Student Body (ASB.)

“It is great to see such a high level of enthusiasm and engagement around campus, as well as the level of confidence students have in using the sign language they have leaned,” continued Swartz. “It is extraordinary to see students conversing who may not have otherwise communicated with one another because of this forum or students sitting together during lunchtime teaching and learning from one another because of this month celebrations.”

Maucere, a parent at Muir, presented the movie in which he also stars to the students on Tuesday afternoon. Paul Raci verbalized the words to the audience as Maucere signed his speech. Another screening of the movie was held in the evening for parents and members of the community. 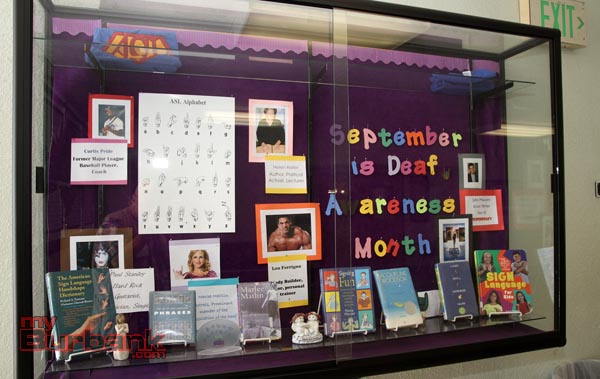 “The camaraderie on campus is amazing and the faculty and staff have come together to provide a tremendous amount of resources and support,” Swartz added. “The activities have been so well received and the reactions from the staff and faculty members, as well as the parents and members of the community, have been remarkable.”

Actor and guest speaker John Maucere speaks during an assembly at Muir. ( Photo by Ross A. Benson)

Actor & guest speaker John Maucere speaks during an assembly at Muir. ( Photo by Ross A. Benson)

Paul Raci verbalizes the sign language as signed by John Maucere during assembly. ( Photo by Ross A. Benson)