Times have been tough in recent years Los Angeles Lakers fans. But as the 2017-18 is about to begin, many feel the only direction the franchise is going is up. 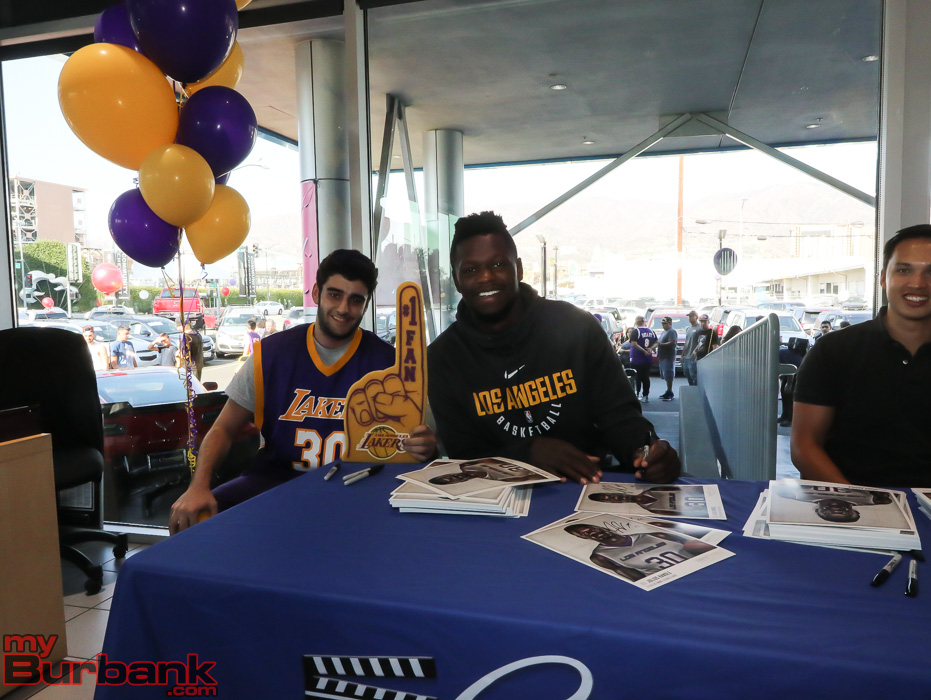 Some of those fans were on hand Saturday afternoon at Community Chevrolet as starting power forward Julius Randle signed autographs and took pictures with fans.

Randle, who will turn 23 next month, is in his fourth year with the team. Last season he averaged 13.2 points and 8.6 rebounds per game.  He was the seventh overall pick of the 2014 NBA Draft.

Oscar Mendoza, who lives in the San Fernando Valley, was the first fan in line waiting to greet Randle.

“The very first thing I enjoyed about Julius Randle is that he went and sought advice from James Worthy, who helped him work on his drop step. Down in the paint, I think he’s unguardable,” Mendoza said. “If he gets the ball in his hands and he gets that drop step, he’s going to score.  I love that he’s a lefty. He’s been working on his right. We don’t have too many players going left strong.”

Omar Tinoco drove all the way from Palm Springs to see Randle.

“I grew up with the Showtime Lakers and I’m waiting for the team to get back to that point. It is nice to see all these young guys finally pulling together,” Tinoco said. “I’ve liked him (Randle) since Kentucky. He’s big man that has good movement and can move his feet. We kind of lacking in that area for a while.” 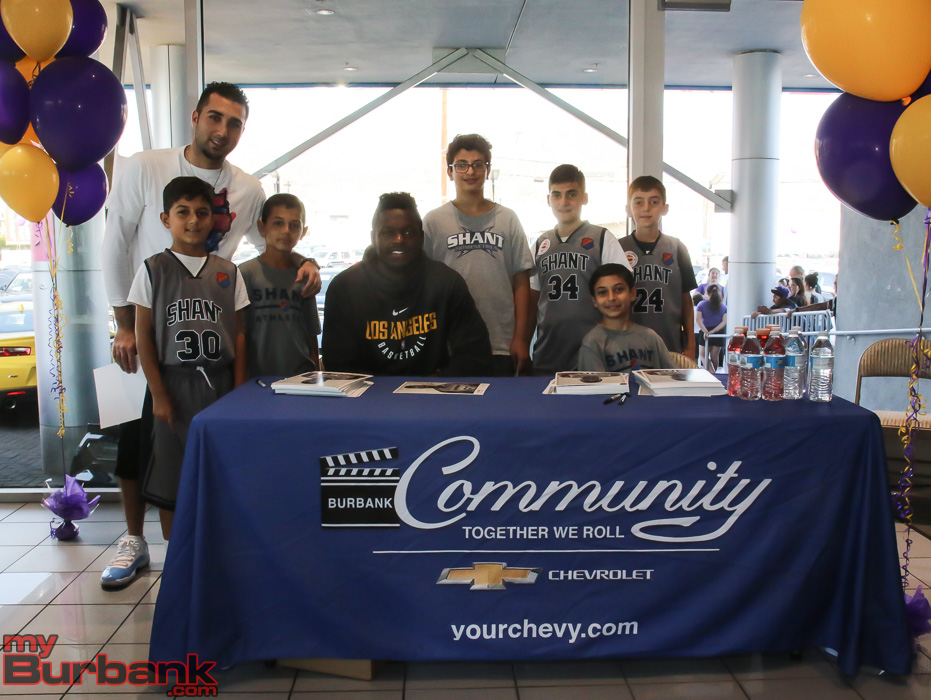 Randle said he likes what he has seen so far in the preseason. When asked what he is most looking forward to, he said it is the process of growing every day.

“It has been great. It has been very competitive,” Randle said of training camp. “The guys have come in with great energy and every day is looking to compete.”

Fan Armen Navasardyan of Glendale shared his thoughts of the Lakers.

“I think with the new management the Lakers have improved a lot. Obviously, they don’t have the best expectations,” Navasardyan said. “This is a team that has a lot of potential. They’re definitely going to improve a lot. As far as the playoffs it still seems out of reach, but the sky is the limit for this team.”

“Magic expects a lot out of us. To have that expectation and standard that he gives us every day (is great),” he said. 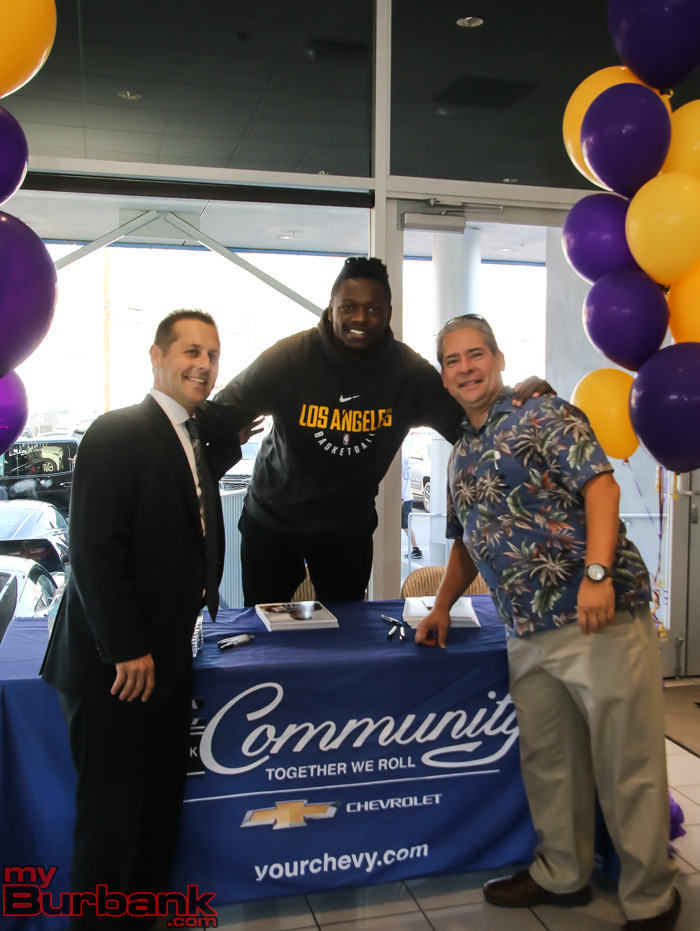 “Zo has been great. He’s a pass-first point guard. He gets everybody involved and makes everyone better so it is contagious to play with him,” Randle said.