Burroughs High and Burbank share not only proximity, but an unrelenting and fierce rivalry that goes back decades.

Both will be without key players lost to graduation like outside hitter Marin Grote, who is playing for the University of Washington and averaged 13 kills a match for the Indians, who went to the second round of the Division III playoffs.

The Bulldogs don’t have outside hitter Melissa Daniel, who will be attending Stanford University, middle blocker Erin Lashkari and opposite hitter Bene Snyder. 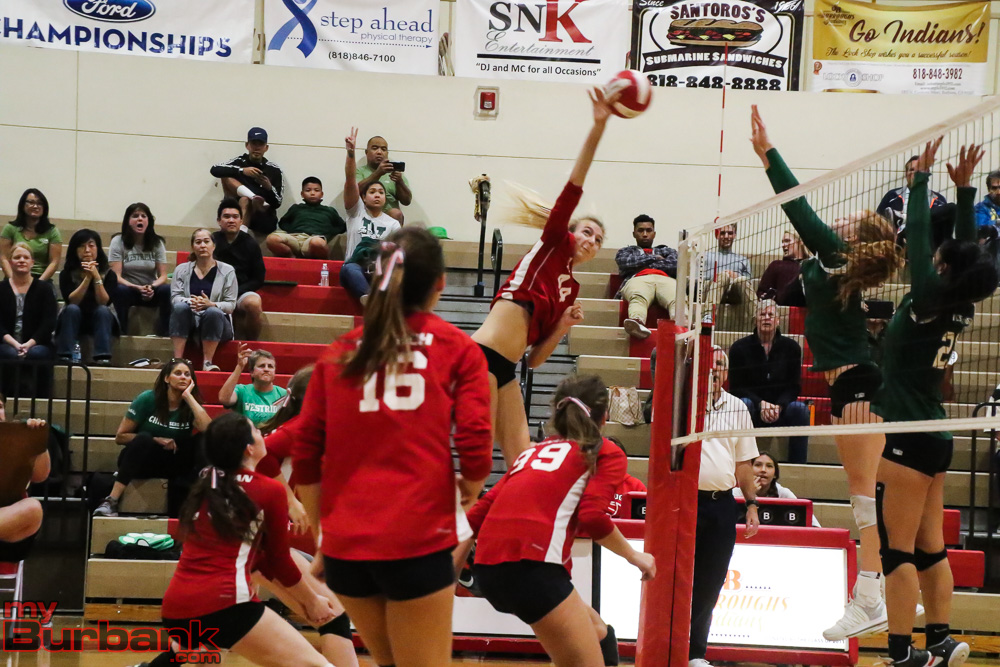 Burroughs will miss Marin Grote, but the Indians are stacked with talent. (Photo by Ross A. Benson)

Still there is more than enough talent for both teams to compete for the Pacific League banner, according to the respective coaches.

Coach Edwin Real saw the Indians finish 24-7 and 13-1 in league play for the league crown.

The Indians, who are 1-1 this season and will host Burbank on Sept. 18 and visit the Bulldogs on Oct. 31, have claimed two of the last three league championships.

“The team expectations are to contend for the league title,” Real said. “I’m confident that we will make the playoffs.”

Leading the charge will be senior opposite hitter Juliana Van Loo, who was a first-team all-league pick after averaging nearly seven kills per match.

Junior outside hitter Lydia Grote, Marin’s younger sister, will also be counted upon as will senior opposite hitter Shea McGovern and sophomore outside hitter Catie Virtue. 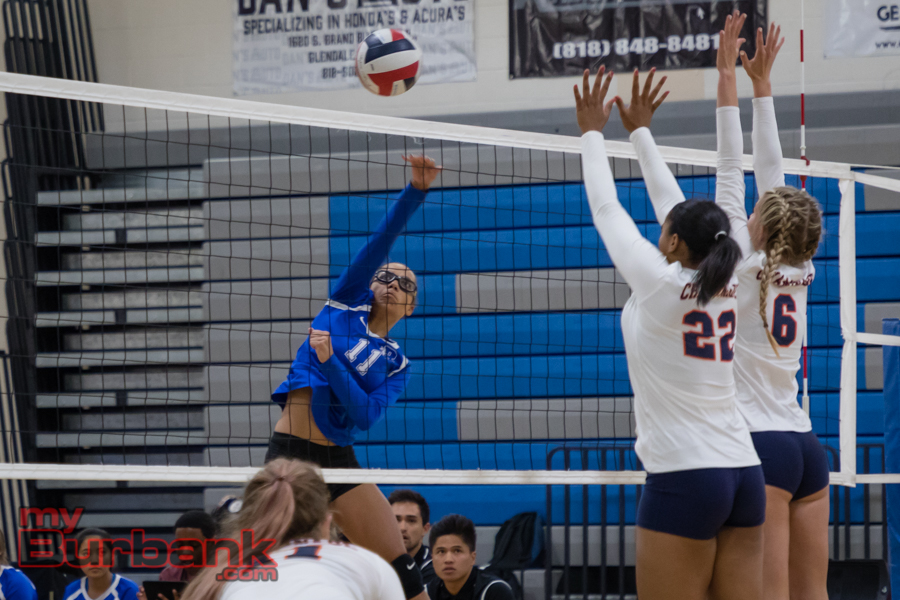 Burbank’s Amaya Broyls is expected to be a leader. Photo By: Edward Tovmassian

Real likes the offense and the team’s closeness.

“We work together and have a lot of hitting options and we play good defense,” he said.

How does Real motivate his club? “We have to remind ourselves of our goals,” he pointed out. “Work to get better each day. Winning will take care of itself.”

Burbank Coach Karl Rojo is counting on senior outside hitter Amaya Broyls, junior setter Ashley Eskander and junior outside hitter Katie Treadway to set the pace for the Bulldogs, who went 17-7-1 and 10-4 for third place in league.

“Looking forward to the season,” said Rojo, whose team lost in the opening round of the Division IV playoffs. “We’ve got a great group of girls. They’ve all bought in this summer. They’re all working hard.”

Rojo added: “We graduated seven seniors,” he said. “Seven seniors again, so they kind of know the system we’ve put forth.”

Rojo said he feels the team, which is 0-4 this season, will be in contention for the league title. “We should be in the top three or the top four,” he said.

What does Rojo like about this group? “One of our main strengths could be our serving,” he said. “Our defensive transitioning is getting better as well. Our counter attacks are improving slightly.”