If you’re a softball coach like Burbank High’s Mike Delaney and Burroughs’ Wes Tanigawa, it’s smart to set reachable goals because it gives the players something to strive for.

The Bulldogs, who went 12-14 overall and 8-6 in the Pacific League, didn’t reach the CIF Southern Section playoffs in 2017. 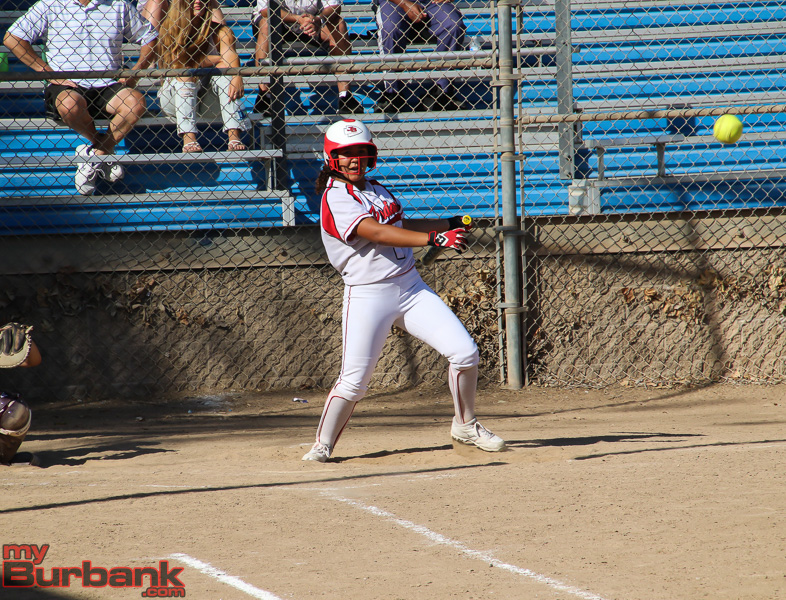 For the Indians, who finished 19-9 and 12-2 in league, they did, but fell 7-0 to Oaks Christian in the first round of the playoffs.

Burbank has a 3-1 record this season after participating in the Hart Tournament, and will begin the league portion of its schedule with a game at Arcadia on March 27.

Burbank hopes to reverse its fortunes in 2018 and qualify for the postseason. There’s good reason this will be the case because the team is balanced with a fair amount of experience.

“If we play like we did in the fall, then I think we’re going to be pretty good,” Delaney said. “But we can’t make mistakes like we did last year.”

Delaney also thinks that it will be a close race for the league banner. “Crescenta Valley and Burroughs have the edge with regard to pitching,” he said. “It comes down to how we adapt to pitching. We’re pretty composed. We’re working hard for each other. I like the mix we have this year.”

One key player, senior infielder/outfielder Melissa Daniel, an honor student with designs on attending Harvard University, will not play in order to concentrate on her classes. 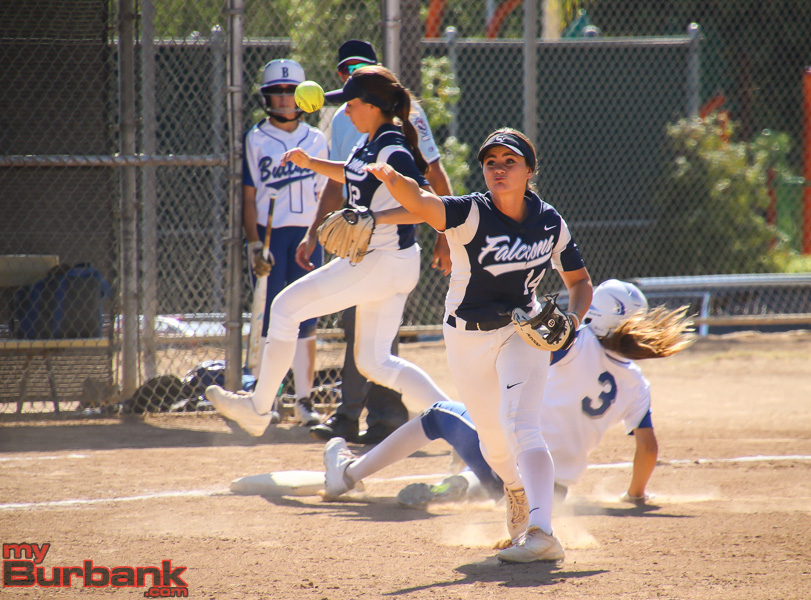 Burbank, shown in a game against powerhouse Crescenta Valley, failed to make the CIF Southern Section playoffs in 2017, but are gunning to make the field this season. (Photo by Ross A. Benson)

Daniel finished with a .368 batting average, 19 runs scored along with 19 runs batted in and two home runs.

The infield is set with senior Erin Lashkari, who batted .339, with 15 runs and led the Bulldogs with 21 RBIs, at first base.

The tandem of senior Macie Jensen and junior Amaya Broyls will hold down second base.

Sophomore Katie Treadway will play shortstop and batted .245 along with 11 runs scored.

Senior Bene Snyder finished with a .258 batting average, 10 RBIs with 10 runs and will play third base. 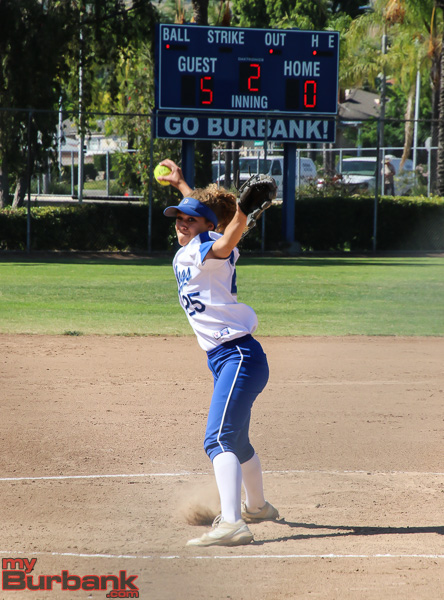 Senior Allie Benson will be counted upon to have a solid season for the Bulldogs. (Photo by Ross A. Benson)

Broyls will be behind the plate as will junior Desi Gomez, which allows Delaney flexibility.

The left field spot will be manned by junior Sarah Garelick, who hit .314 with 11 RBIs and will also act as the designated hitter/designated player.

Jensen and junior Carly Oldfield will also see time in left field, which once again gives Delaney plenty of options, depending on the team and the pitcher that day.

Center field will be held down by junior Alex Davis, who batted .416 and paced the team with 28 runs scored.

Right field will be patrolled by senior Anysia Gonzalez, who had a robust .457 batting average, which was second on the team and also scored 21 runs with 18 RBIs.

In the circle will be senior Allie Benson along with junior Alyssa Porras and each hurler is capable of strong seasons. 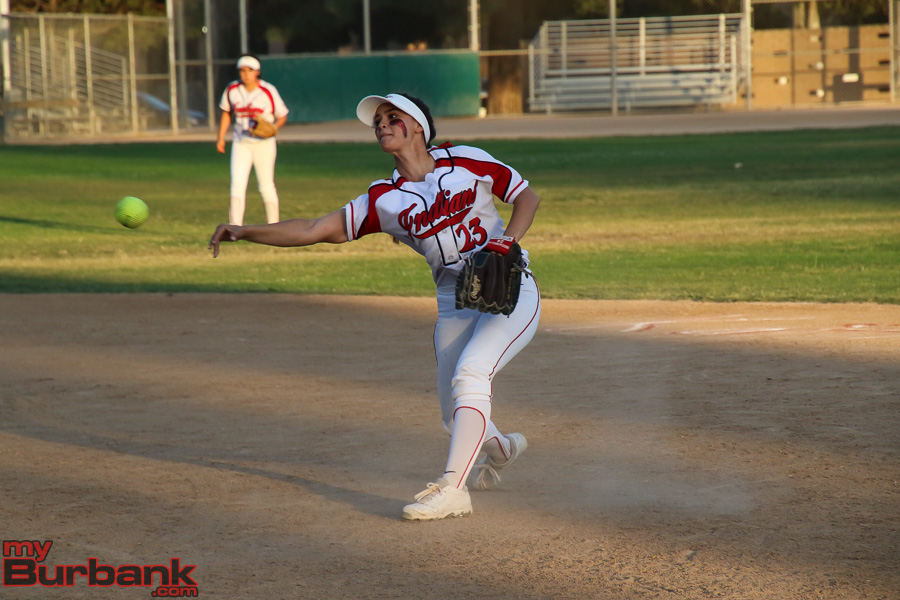 Senior Nikki Ricciardella will play second base for the Indians. (Photo by Ross A. Benson)

The rest of the team includes junior Izzy Sanchez, who will play right field, junior Nikki Davis, who drove in four runs and is versatile, having the skill to play first base, third base and catcher and senior Sarah Taylor, who played at Burroughs during her freshman and sophomore years, will be a pinch hitter.

Burroughs, which has a 1-3-1 record this season, begins league play on March 27 when it hosts Glendale.

The Indians will have two young pitchers in the circle, sophomores Sidnie Dabbadie and Isabella Kam.

Burroughs senior ace pitcher, Presley Miraglia, will miss the 2018 campaign in order to get her grades straightened out.

Burroughs is somewhat young when it comes to its infield, but there is still enough talent and includes senior Kaylee Vigil and sophomore Chloe Bookmyer at first base, senior Nikki Ricciardella, and junior Morgan Mersola at second base, juniors Citali Mendez and Lauryn Valencia at shortstop and sophomores Memorie Munoz and Sami Fiorella at third base.

The catching duties will be handled by Fiorella with juniors Megan Williams and Sierra Harvey also helping out.