Students at Luther Burbank Middle School have been working for the past seven months to restore a dilapidated 1979 VW Beetle Convertible. The goal was to convert this car into the Luther Mobile and to have it carry our principal, Dr. Brian O’Rourke in the Burbank On Parade. The students, worked with Exploring Technology teacher, Joe Reed, after school on the project. 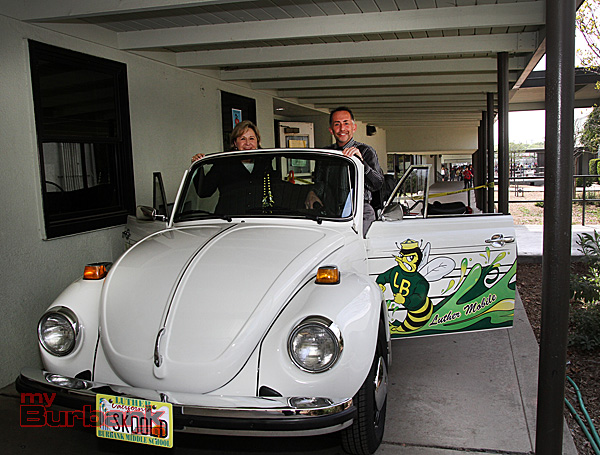 Dr. Jan Britz BUSD Superintendent of Schools in the passenger seat as Brian O’Rourke Luther Principal hangs behind the drivers seat. (Photo by Ross A. Benson)

The mechanical work was completed with the help of the Warner Bros. transportation department.  The students replaced the transmission, clutch, axles, brakes, running boards, exhaust system, fuel tank, and many other parts.

Fifty students worked in teams of about ten students to get the job done.

Burbank High School’s ROP animation department held a contest for the logo design.  Over fifty students competed with  Mariah Wood’s design being selected.  She worked over 25 hours on this one Illustrator file.  Ghostlight Industries, a movie car company, allowed students to come visit and learn about their business.  They replaced the upholstery, carpet, rubber pieces, and painted the car. 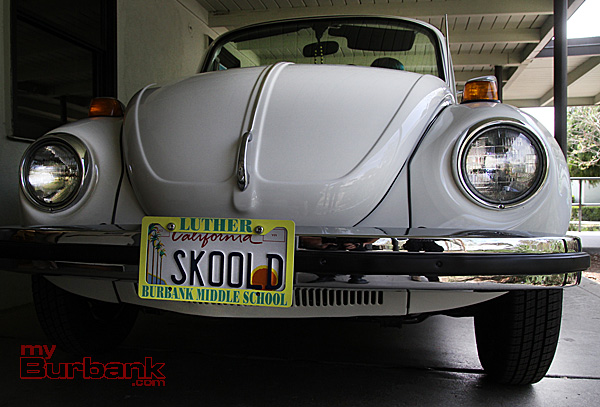 “We won a Burbank Arts for All grant for $1,000.  The students also sold slushies after school to raise money to help with the expenses.  Jordan Lopez from Burroughs High School’s ROP program photographed the finished project and framed and matted all of our photos,” said Reed

Students certainly learned all about the mechanical parts and functioning of a car.  But the REAL lesson was articulated by the students themselves.  They said they learned to: work as a team, think on their feet, reach out to the community and talk to community leaders.  Most importantly, they learned that to take on an extremely complex project like this, to dream big, and then to complete it, was the best lesson of all. 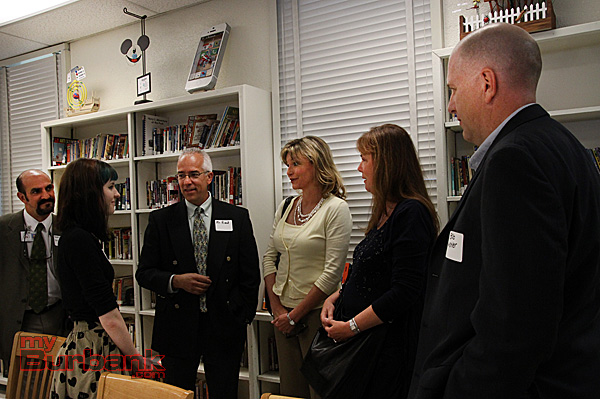 Guests at Thursdays unveiling listen to Mariah Wood 17 a junior at Burbank High who design the logo on the restored 79 VW. (Photo by Ross A. Benson)

They already have the idea for next school year’s project.  If you would like to help with this, contact Joe Reed at Luther Burbank Middle School.

More information may be found at www.luthermobile.com. 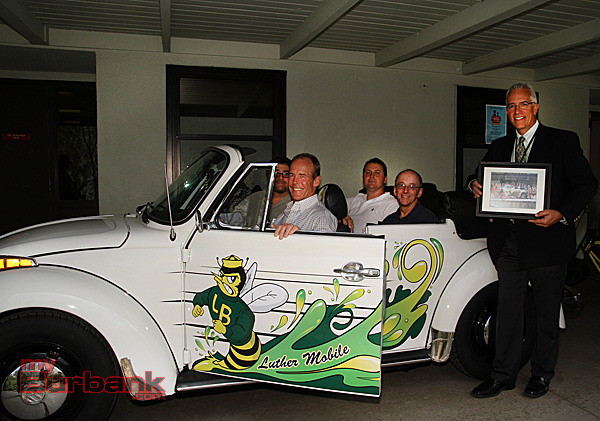 With the help of Warner Bros, and pictured are the executives that help guide the project with Warner Bros help. (Photo by Ross A. Benson) 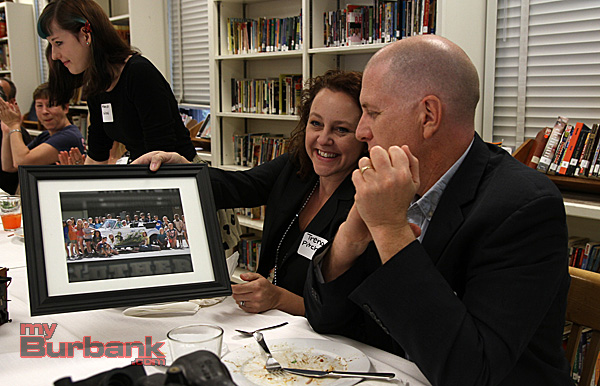 Trena Pitchford – Director of Development of Burbank Arts for All and Board Member Bob Mohler SVP Digital Media Warner Bros. Telepictures Productions, after receiving a framed picture for their help in the VW project. (Photo by Ross A. Benson) 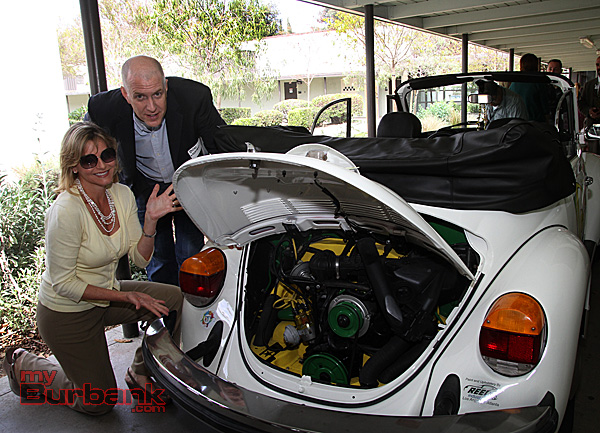 Suzanne Weerts and Bob Mohler BAFL Board Members, admire the the groups decal on the rear fender. (Photo by Ross A. Benson) 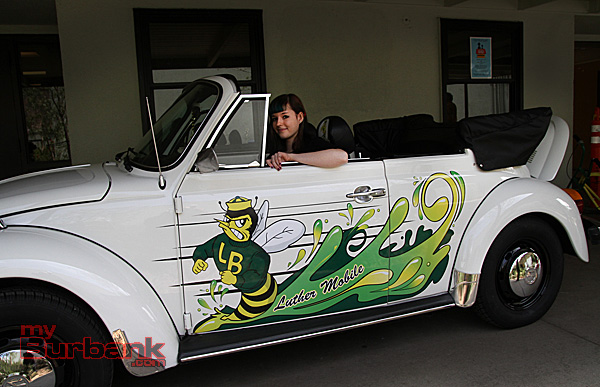 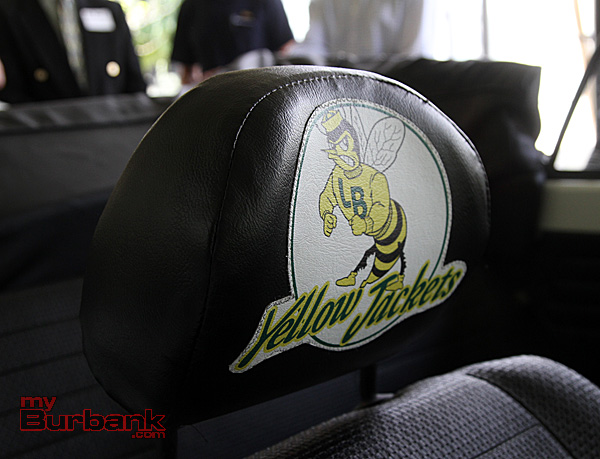