For the better part of a year, it could be said that the Hoover High boys’ water polo team has dominated the Pacific League, but still stumbled on Thursday afternoon against host Burroughs.

The Indians, who captured the CIF Southern Section Division V title in 2016 and placed second in league to the Tornadoes, came out focused, forced turnovers, never trailed and behind David Arakelyan’s match-best nine goals waltzed to a 23-12 triumph.

Burroughs (10-8 and 3-0 in league) outscored the Tornadoes, who had an 11-game league winning streak and reached the Division II quarterfinals last season, 15-8, in the second half as Arakelyan scored six goals, including five in the final period. 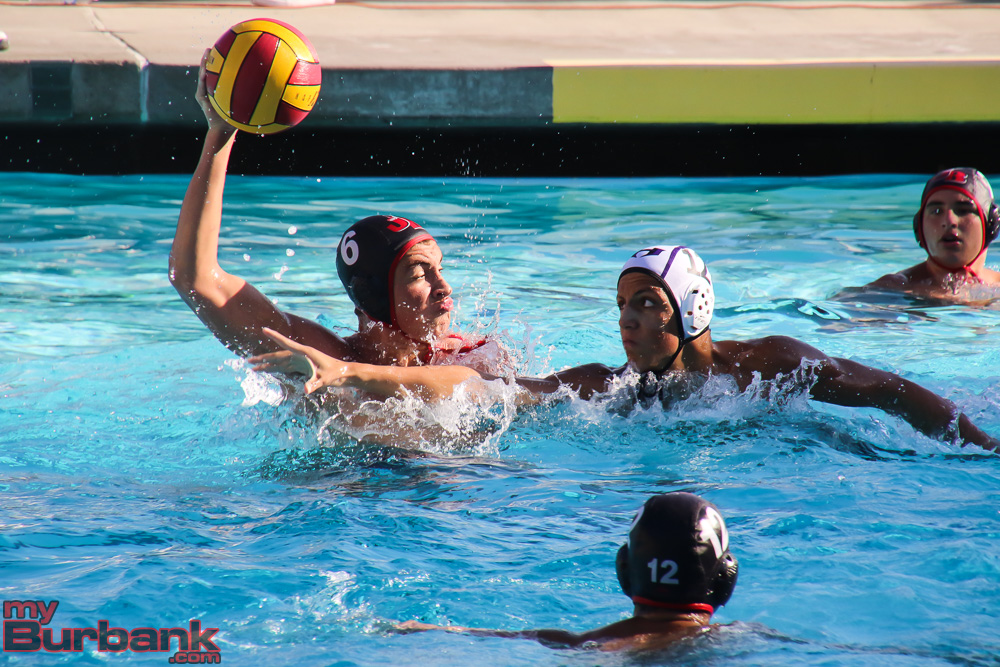 Arthur Sefayan scored four goals for the Indians in a 23-12 win over Hoover, which took the Pacific League in 2016. (Photo by Ross A. Benson)

Burroughs surged ahead 5-2 after the first quarter and then bolted in front 8-4 at the intermission.

“This has been a game we’ve been waiting for all season,” Burroughs coach Jacob Cook said. “Obviously we got second to them last year and so a lot of my guys played club with a lot their players and this is a big rivalry between them.”

Cook went on: “I told them to get a good warmup,” he noted. “That’s really important. I did not see that score at all. They’re (Hoover) a good team.”

The Indians shifted ahead 3-0 on a back-handed goal from 10 feet with 6:07 left from senior utility J.J. Ambartsumyan, a 10-footer from Arakelyan with 5:51 left and senior setter/defender Arthur Sefayan’s five-footer 22 seconds later. 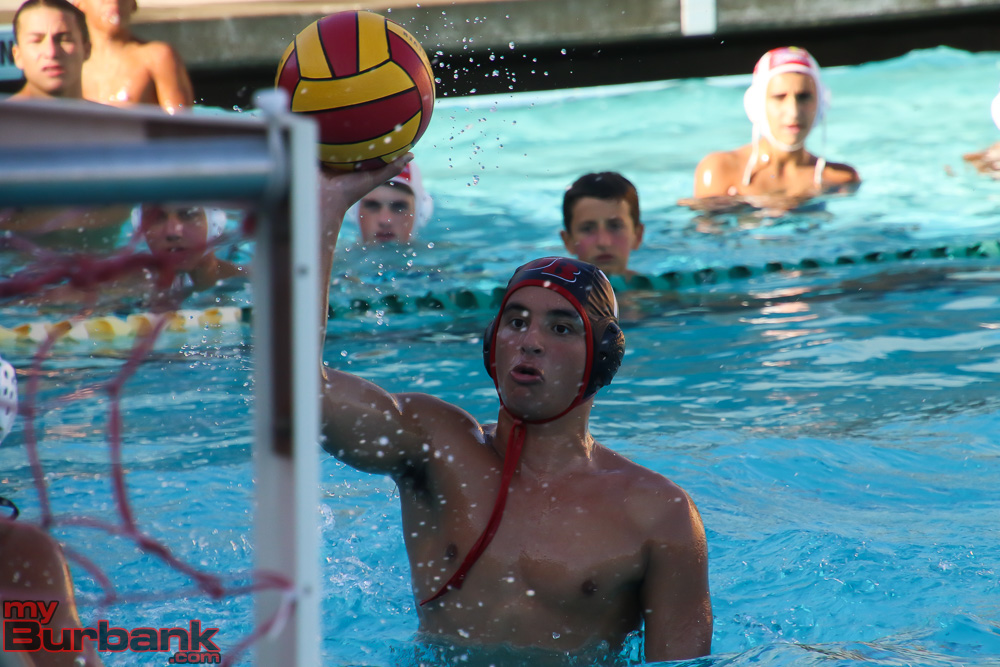 The Indians led from the start in a home match versus the defending Pacific League champion Tornadoes. (Photo by Ross A. Benson)

“It’s amazing. I don’t think we’ve beaten Hoover in a couple of years,” said Arakalyan, a senior utility who leads Burroughs in scoring. “To get this win, especially against a tough Hoover team by that much is really amazing for our team. We’ve been working really hard in practice.”

Hoover junior Armando Honarchian (team-high four goals) had a tally from 15 feet that trimmed the lead to 3-1 with 3:36 remaining and his 10-footer with 2:37 on the buzzer shaved the lead to 3-2.

The Indians scored the next two goals on a five-footer from sophomore utility Vahagn Saakyan with 2:01 on the clock and Ambartsumyan’s 15-foot skipper with 22 seconds left.

Arakelyan delivered two goals in the second quarter including a three-footer with 5:36 left that made it 6-3 and a 15-foot blast with eight seconds remaining for an 8-3 edge.

“This rivalry, it’s amazing. Hoover always puts out a really good fight,” Arakelyan said. “That third quarter we set it down. We took that lead and just kept it going for the rest of the game and our defense really stepped up.” 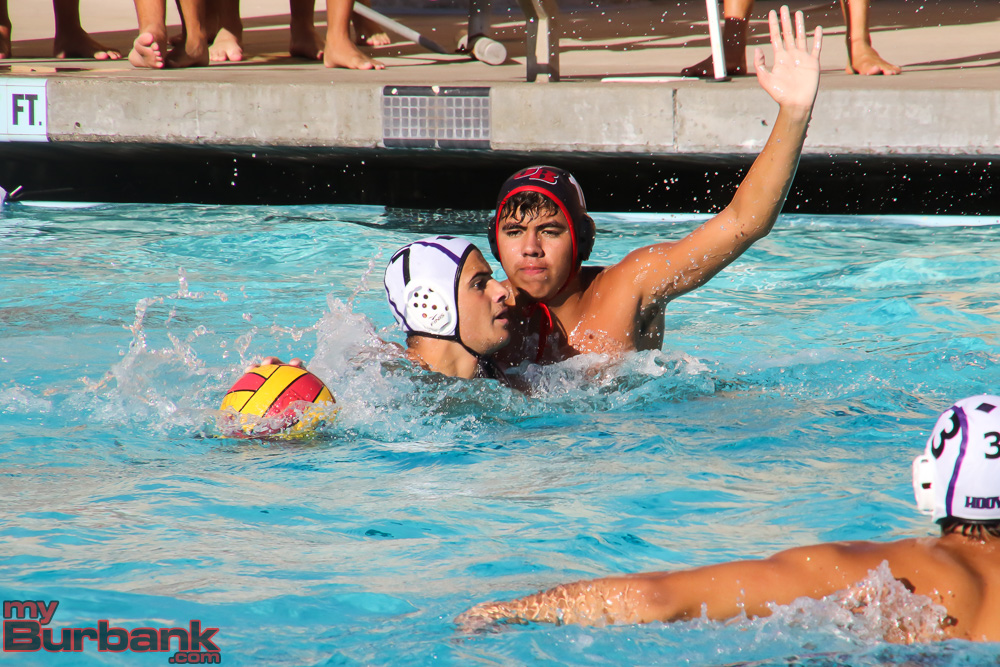 Honarchian’s shot from eight feet with 6:33 left sliced the lead to 5-3 and Hoover freshman Hakop Ansuryan’s 30-footer with one second left cut it to 8-4.

The Indians outscored the Tornadoes 7-6 in the third frame as Sefayan dropped in three goals, including an 11-footer with 4:26 left that made it 12-7. 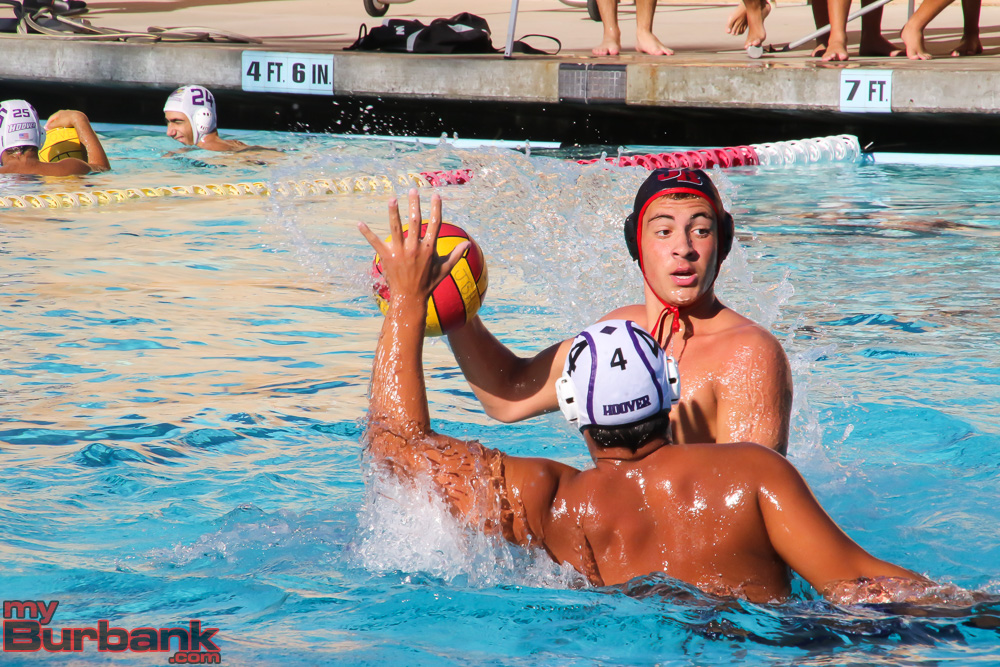 The Indians are undefeated in the Pacific League after knocking off Hoover. (Photo by Ross A. Benson)

“This is definitely a confidence booster, but we still have to stick to the same methods we’ve been doing the whole season,” Arakelyan said. “We still have to be pushing hard at practice. This Hoover team, they’re not gone. We’re going to see them later on in league. Later on in the season.”

Arakelyan’s attempt from 15 feet with 5:20 left supplied the Indians with a 16-11 edge in the fourth frame and his tally 22 seconds later from three feet increased the margin to 17-11.

Junior setter/defender Richard Legoretta had a goal from five feet and 3:19 left that increased the margin to 18-12, junior attacker Manuel Esparza chipped in with a six-foot rocket with 2:48 showing that made it 19-12 and Saakyan’s goal from 10 feet with seven seconds left capped the scoring. 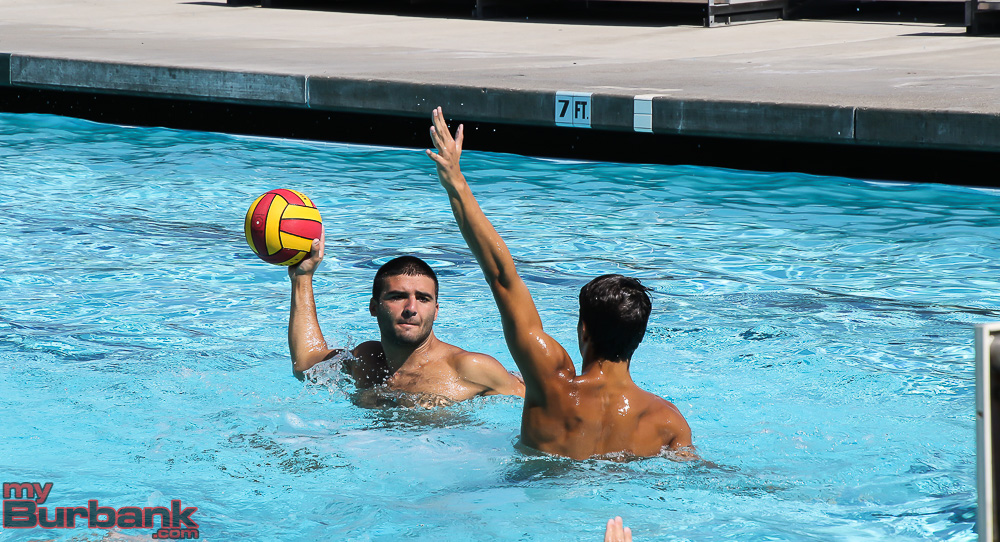 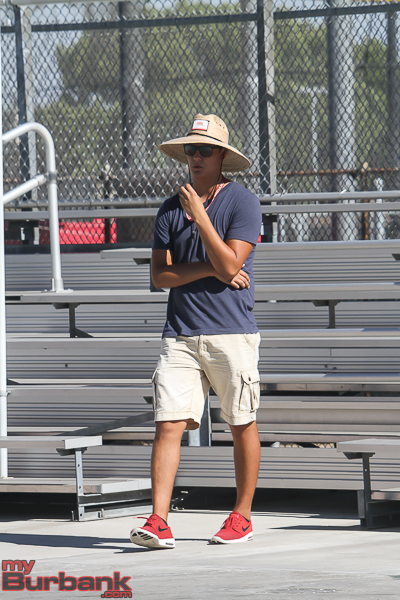