Mike Reily is no longer the head football coach at Burroughs High after two seasons, which followed 14 seasons as an assistant coach to longtime coach Keith Knoop.

Reily did not immediately return an e-mail request for comment. 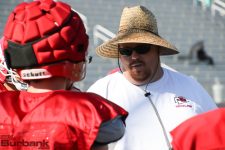 The job opening has been posted on the CIF Southern Section web site for coaches wanted.

A 1994 graduate of the school, Reily went on to play at the University of Nevada, Las Vegas.  An offensive lineman, he earned all-conference academic honors three times in his four years and was a second-team  Western Athletic Conference selection as a junior.

Reily compiled a record of 8-11 in his two seasons, including a 6-8 mark in Pacific League play.

He has been a teacher at Burroughs for 17 years.

The Burroughs High football team might have a different person wearing a head set this fall, but things don’t figure to be too much different now that Mike Reily has stepped in as the head coach in place of Keith Knoop.

Knoop stepped down after 19 years as the head coach following last season and Reily, a longtime assistant, was recently promoted into the head job. 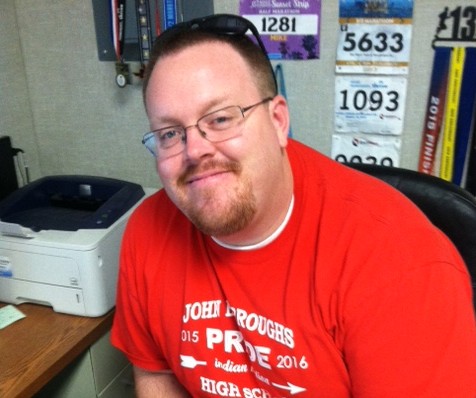 Reily, who graduated from Burroughs in 1994 and earned a scholarship at the University of Nevada, Las Vegas, returned to his alma mater to teach in the social sciences department 15 years ago. He has been an assistant football coach for 14 of those 15 seasons.

“Over the course of time I’ve served several different roles,” said Reily, who academic all-conference honors three times while at UNLV. “I’ve coached the offensive line for all 14 of those years. I’ve coached the defensive line for a handful of those years. This past season I served as (Knoop’s) his offensive coordinator. For the last handful of years, I’ve been the assistant head coach. “

Reily, who was in an offensive lineman in his playing days, said he and Knoop have for years shared the duties of running football conditioning before the start of the regular school day the last few years.

“Even though football season is over, I still look after them every day,” said Reily, who was a second-team Western Athletic Conference selection at a junior at UNLV. “We’re excited, fired up and moving forward and ready to get to work.”

Reily, who also teaches economics, said the promotion isn’t something he was looking for in particular.

“This is something I never knew if it was going to be in my future, but when Keith stepped down that opportunity presented itself and I decided to take it,” Reily said. “Keith has been fantastic. He’s been coaching for 24 years and 19 as the head coach. You aren’t going to find many places where a guy has been the head coach in one place for 19 years. It’s pretty rare these days. He’s been a great mentor to me and he’s one of my best friends. He’s been a good example of how you do things over the years.”

As a result, Burroughs won’t look much different under Reily.

“There’s a few things I’ll try to put my touch on, but we’ve had a successful program,” Reily said of changes. “I don’t see any reason to make any drastic changes. Things have been moving smoothly.”