The Miller Theater Arts Department added another annual class play to the ever growing program at Joaquin Miller Elementary School on Monday, May 23, with debut of Tacky The Penguin.

Twenty Kindergarten students in Debbie Winstein’s class prepared for the past several weeks to put on the play. Tacky The Penguin was based on a series of books by Helen Lester about a “unique and odd bird named Tacky and his five companions and the adventures they have together,” according to Winstein. 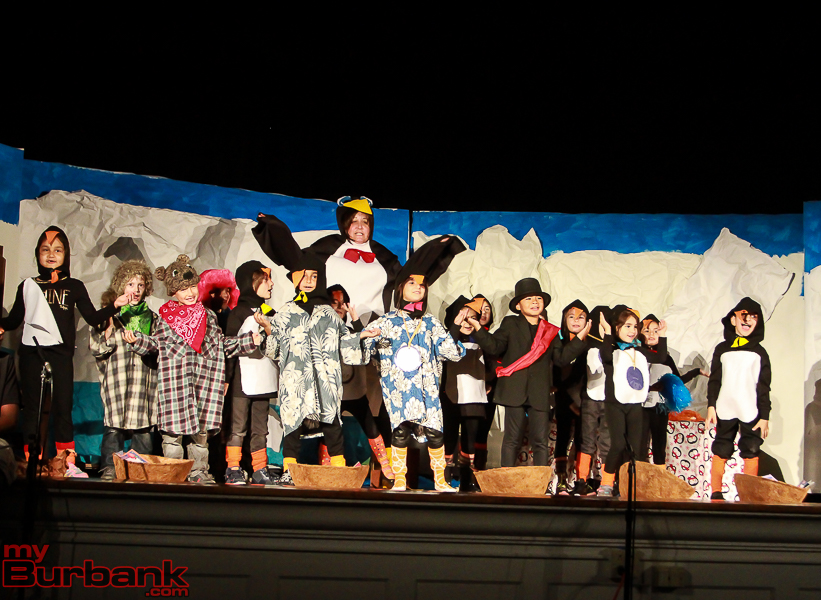 “I did plays in fifth grade but this is my second year [teaching] Kindergarten and the first play with this age,” said Winstein. “I’m planning on doing one every year with this age. It’s an amazing memory to give them.”

Preparing for the performance and learning lines was a new experience for the youngsters. Getting up on the school auditorium stage was another first.

“I loved when the curtains opened and I saw my family,” enthused student Erika Sarukhanyan. 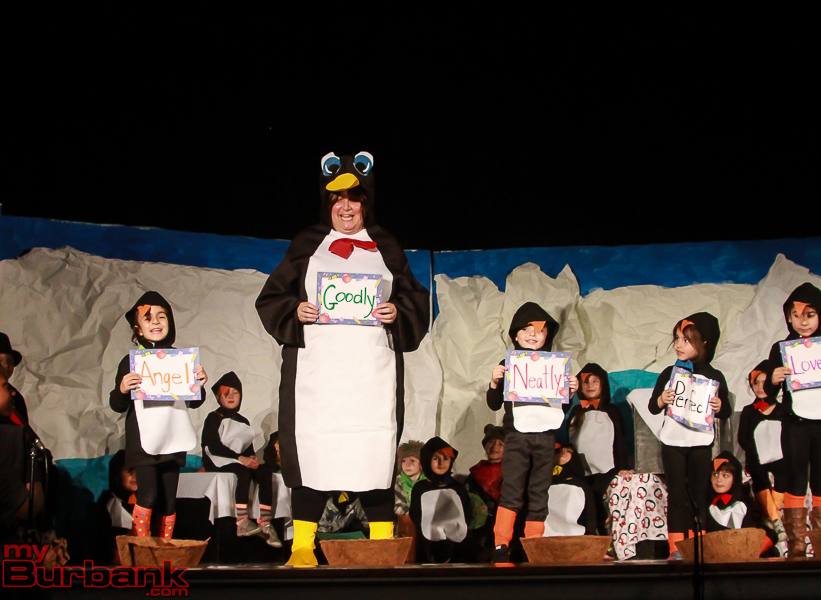 “I liked being a hunter and singing,” added Mark Fedirko.

“I liked when Tacky was being silly and doing the wrong thing,” said Natali Sarukhanyan.

The performance “definitely built their confidence and helped them work together as a cast to support one another,” said Winstein. “By learning and practicing their lines, they were strengthening their recall [and] memorization sequencing skills.” 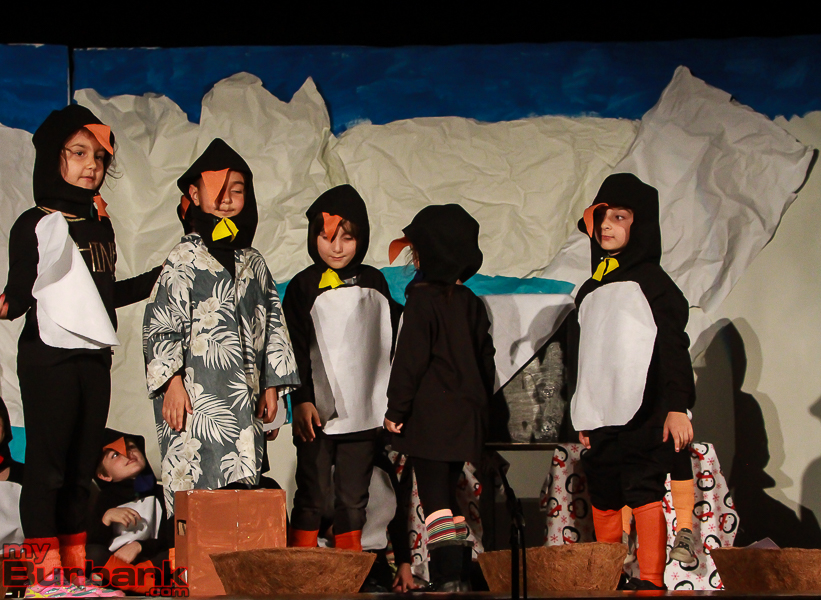 When one of her students was absent for the performance, Winstein stepped in to fill the role of penguin.

Burbank Arts for All Foundation awarded the class a $400 grant which paid for most of the costumes, supplies and props. Winstein personally covered the balance of the production costs.

Teachers and staff continue to build the Miller Theater Arts Department. The school recently brought in over $1100 from Miller families through a superhero-themed fundraiser, which will go towards future upgrades to school auditorium to enhance the children’s theater experience. 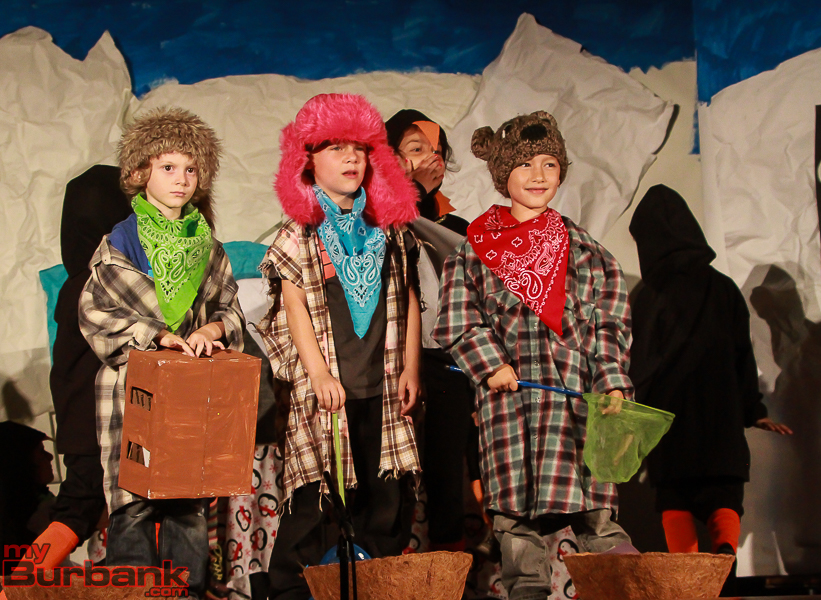